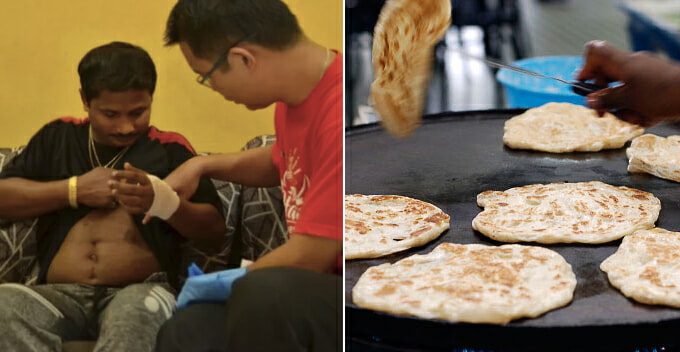 These supporters are straight up hooligans!

A middle-aged man recently got bashed up badly after he had placed two PKR flags on the table in a coffee shop. This outrageous incident happened in Skudai, Johor on 3 May 2018.

According to Sinchew, the 37-year-old victim named Mohammad Riduan is an auxiliary police in Singapore. He went to the coffee shop to tapao roti canai with his 9-year-old cousin brother at about 11.10am.

While waiting for the food to be ready, Riduan saw a man handing a PKR flag to a woman, so he asked the man for two PKR flags, which he then placed on the table. 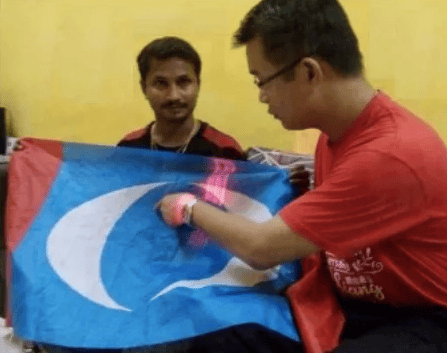 That’s when three men sitting at the next table began scolding him and questioning him about why he had put the flags on the table. Those uncivilised men claimed that they were supporters of Barisan Nasional.

“I replied them, ‘You can support BN and I can support Pakatan Harapan; I won’t disturb you and you shouldn’t disturb me as well,” Riduan told the reporters.

Those men then suddenly bashed him up after asking him why he didn’t support BN. He recalled that one man was holding his neck and broke two of his necklaces in the process, while another man was bashing his head. The third attacker even used a helmet to assault him.

“They tried to press my face on the hot skillet used for pan frying roti canai. Luckily I managed to block it with my left hand. Although my face was unhurt, my palm and stomach area was burnt (by the hot skillet). There were blood stains on the PKR flags,” Riduan said. 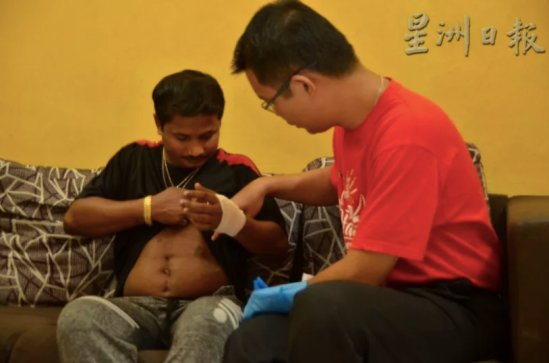 At the time of writing, the police had informed Riduan that three suspects have been arrested and that he can proceed to the police station to identify the culprits.

Just because people don’t subscribe to your political ideology doesn’t mean that you can press their face on a hot skillet! We hope those men would be imprisoned for their violent behaviour. 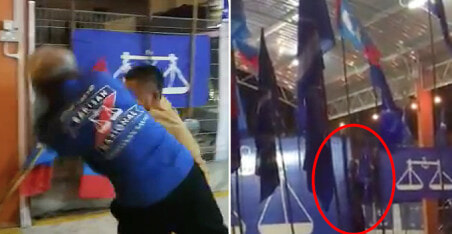