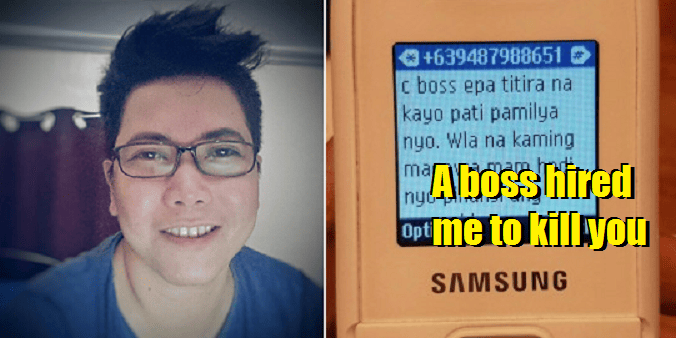 Gone are the days when people slept with their doors unlocked, their bank book in their drawers and their computers password-free. Today are the days of scammers — people who prowl around and work damn hard to swindle as much as they possibly can without getting caught.

A recent Facebook post from the user Peach Lopez from the Philippines reveals that there’s a new scam on the streets where the perpetrators would actually pose as hired assassins as a method of intimidation.

It had all started when a girl friend of his was threatened by the said scammer and approached him for help. Lopez confessed he initially didn’t believe her story but soon realized that the girl was scared out of her wits.

He questioned her for more details of the encounter and soon sensed that something was off.

“When I heard the whole story, I told her that it’s reeking of scam but I wanted to pacify her fears so I got a friend’s number from the NBI (National Bureau of Investigation),” he shared. 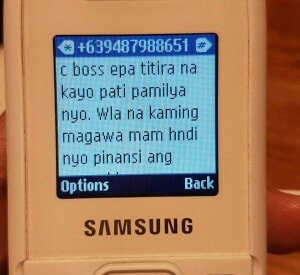 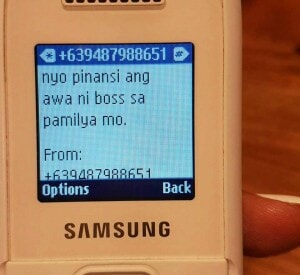 Lopez explained the scam works such that the victim will firstly receive a text message from the “killer” explaining that a “boss” has hired them to either harm or kill the victim. The killer will then continuously harass and threaten the victim to instill fear in them.

To add authenticity to his warning, the killer will also present private information, supposedly obtained from digital footprints or via other means.

“They will also establish more “proof” that they’re authentic by telling you your name and the street you’re at or the street where you work or live,” said Lopez.

At the very moment when the victim seems susceptible, the killer will then turn to play the good guy and strike up a negotiation in exchange for the job.

If you have a stranger threatening your life and scaring the wits out of you, we can see how easy it was to fall for the scam.

Thankfully for Lopez’s friend, she lodged a police report on the matter and the issue is currently being investigated by the NBI.

As Lopez’s post was somewhat unusual, it gained popularity and was shared over 8,200 times to raise awareness.

Some people commented saying they had the same scam happening to them, and that it truly was terrifying.

“This happened to us last week. It was scary at first until we figured that it was a scam. The guy was persistently calling every 10 mins following up and basically harassing us. After entertaining his calls a few times to check what he was up to, we ignored his calls for the rest of the day. I guess he moved on to other targets. But our sense of security was really shaken because the guy seemed to have basic info — which on hindsight may have come from a business directory from city hall.”

Like many other scams out there, this has taught us that you can never be too safe. Never share your passwords, always do your banking in private and do not unnecessarily share private information.

Scammers are becoming more and more resourceful and would try just about ANY tactic they can to con money out of you. So always be vigilant guys.