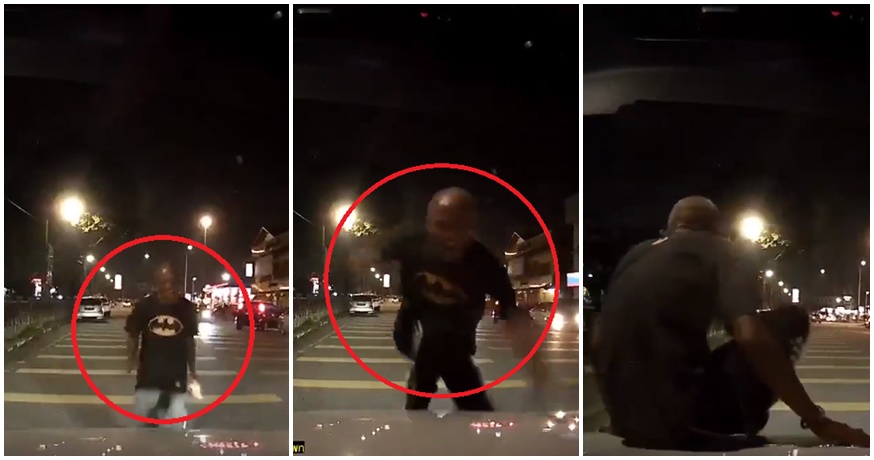 Unscrupulous individuals try doing many different things to cheat honest folks out of their hard-earned cash. Whether it be pretending to be an injured couple to gain sympathy, or snatching someone’s bag and dragging them along the ground, evil knows no bounds.

But one way of cheating people of their money, which has proven to be wildly popular in places like China, appears to have begun to make its way into Malaysia!

In a dashcam video uploaded to a Facebook group, a man tries to scam a driver by pretending he was struck by his car, before slowly shambling away when he realised that he was being filmed.

The incident, which happened locally, saw the owner of the car driving slowly along a relatively quiet road at night. As the car moves further down along the street, a man can be seen suddenly running towards it at full speed.

The man then leaps up onto the bonnet of the car, landing on it before curling up into a fetal position, pretending to be in pain. But fortunately enough for the driver, the dashcam in the car caught the whole situation as it happened. Kantoi la.

Probably knowing that he couldn’t scam the driver out of his insurance money, the crazed man then slides off the bonnet of the car and slowly shambles off, pretending like he didn’t just do something totally illegal on camera.

This tactic has been used by many scammers in China to try and cheat drivers into paying them compensation or insurance money, but with the use of dashcams being fairly widespread now, many drivers have caught these scammers red-handed.

As you can imagine, netizens have condemned this man for his scheme, and have even gone as far as to call him ‘Batman Gila’ for his Batman-printed t-shirt. 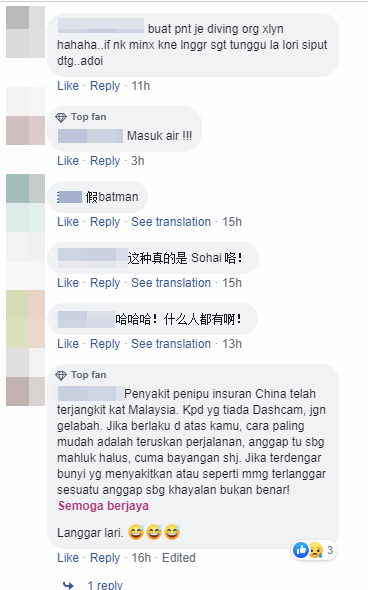 If you ever encounter these scammers, be sure to lodge a police report immediately! And of course, make sure to equip your car with a dashcam, so you have proof on hand! 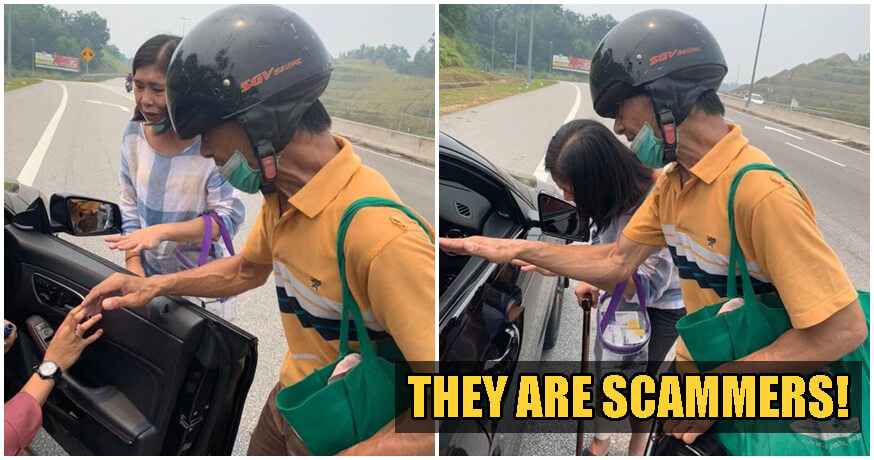