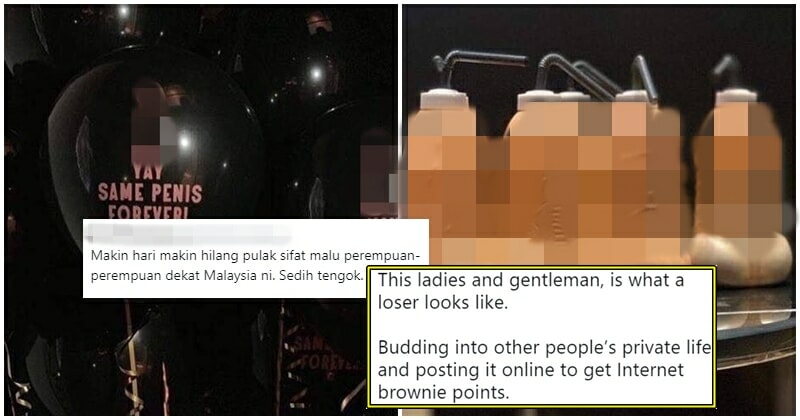 From the private lives of a married couple to a politician’s personal affiliation, Malaysia’s Bawang Army is clearly working overtime commenting, condemning and criticizing where they see fit.

Triggered by an original tweet made by another netizen who wrote, “Day by day women are becoming more and more inappropriate. It is a sad sight indeed.”

But @aaziefkhalid replies, “This ladies and gentleman, is what a loser looks like.”

“Budding into other people’s private life and posting it online to get internet brownie points.”

The original tweet of photos of women enjoying a penis-themed bachelorette party drew slews of hate messages especially from the employees of the Bawang Army. 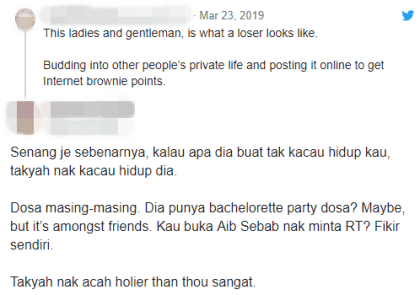 The thread continues as the netizen wrote, “It is simple actually. If what they do has no impact on your livelihood, then leave them be.”

“It is their sin. Is their bachelorette party a sin? Maybe, but it is among friends. How about when you reveal their sins for the sake of RTs?”

“Do not pretend to be holier than thou.”

Netizens responding to the tweet were in support of the statement, adding that there are other ways to point out how inappropriate their actions were.

“It is their event and even if the person hosting (it) allowed the photos to be posted doesn’t give anyone else the right to repost them, so unethical.”

Are Malaysians turning into those who do not exercise restraint when it comes to social media? Or should we instead strive to seek positivity instead of the other way round?

Share with us your thoughts the comments section below.

Also read: ‘Children’s Meat’ Is Being Served at IKEA, and Netizens are Terrified! 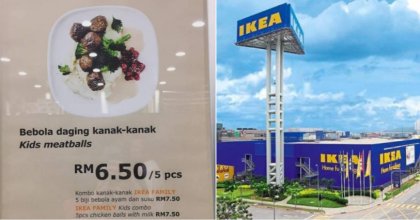