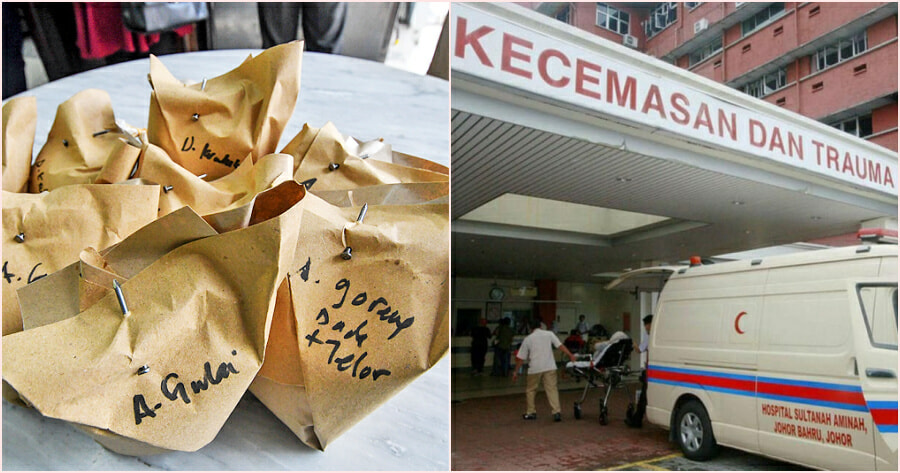 We are all familiar with getting our tapaued food and drinks all wrapped up and secured with rubber bands.

But, did you know that there is now a growing trend of vendors who secure their packages of food with nails instead? The trend has even been named, ‘Nasi Paku’.

Authorities have recently called out the practice and warned of its dangers after it was reported that a child had swallowed a nail.

Public Health Malaysia said on Twitter that the child had to be taken to the hospital to undergo emergency surgery as a result of the nail. 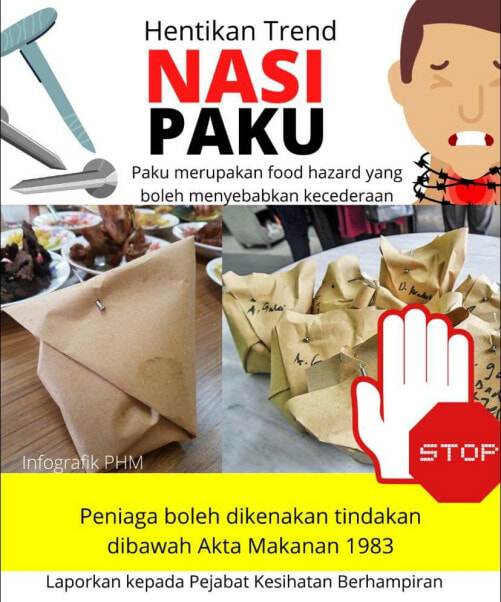 The child was taken by their family to the hospital emergency room after constantly crying and complaining about a stomach ache.

An x-ray scan discovered that the nail had reached the abdomen and emergency surgery had to be performed to take out the nail.

Public Health Malaysia went on to say that, “This is an example of an unwanted occurrence due to the presence of contaminants in food.” 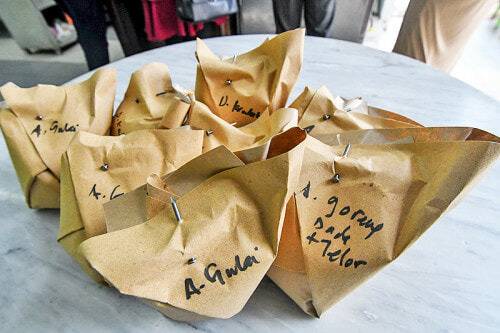 They also reminded the public that the use of nails is not recommended because it is categorised as a food hazard.

“Avoid buying food that is packaged and covered with nails. Food handlers are advised to avoid the use of nails on food packaging. Do not place nails in food areas such as kitchen tables or places that can be easily reached by children.”

“Nails are considered a food hazard and are not suitable for use as a method of food packaging. The use of rubber bands (or other binding methods) does not change the taste or the original recipe of the food,” they said to vendors.

They also reminded that restaurants can be penalised under the Food Act 1983 for causing food hazards.

“Consumers can take action by reporting vendors who are still using nails to pack food to the nearest District Health Office,” they stated.

Netizens also highlighted the use of staples

The tweet has amassed plenty of attention as many users also oppose the dangerous trend.

Apart from nails, netizens also pointed out that most vendors use staples to secure their food packages which can also be dangerous. 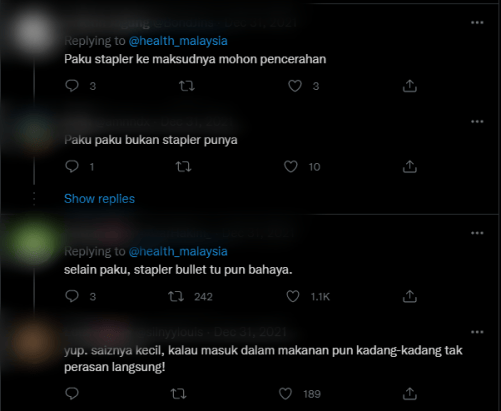 Another user commented, “What about those packages of kuih that use staples? Staples are thin. It could mix with the food and be swallowed.” 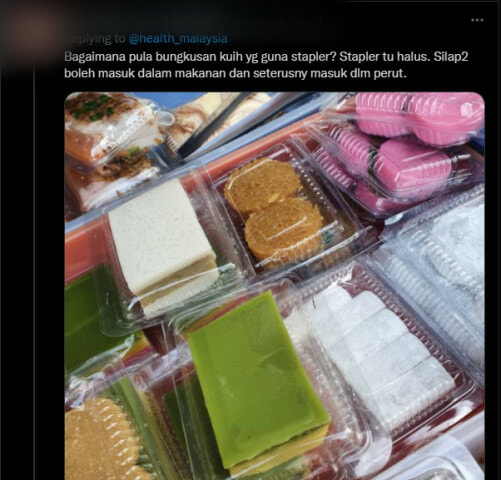 What do you think of this dangerous trend? Let us know in the comments.

Also read: Customer in China Claims to Find a Condom in His Hotpot, Demands Compensation of RM6,546 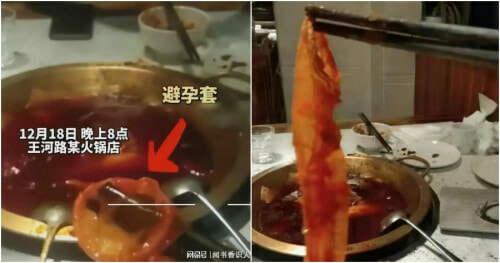