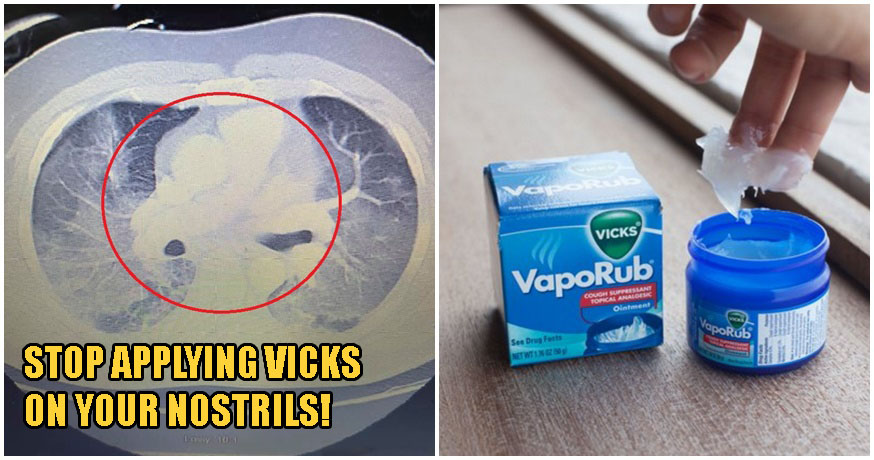 Malaysians have a few popular ways to go about dealing with the common cold when we catch it; inhaling hot steam, taking the pills that are prescribed to us by our doctors, or the most popular treatment, using products like Vicks. For those of you who don’t know what Vicks is, Vicks is an ointment that contains a variety of oils, but most predominantly Eucalyptus Oil, which is supposed to help nose blockages. Usually, it’s applied to the nostrils and you inhale it to find relief. 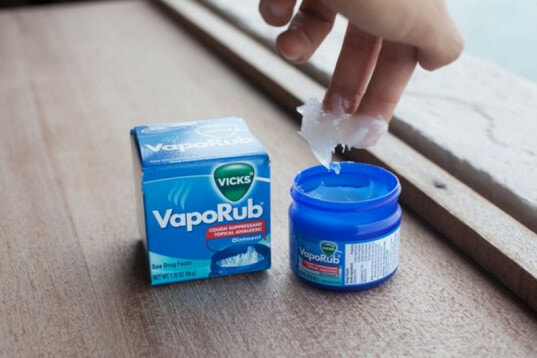 Source: do you remember

However, in a recent Facebook post that was uploaded by a doctor, that may not be the wisest thing to do, as it can lead to health complications in the long run!

According to physician Dr Hawa J Edriss, who works at St Joseph Hospital in the United States, she had been treating a middle-aged man who would always apply the popular Vicks VaporRub product on his nostrils to inhale for relief from symptoms like nasal congestion, and had done so for more than ten years. However, he had recently been repeatedly admitted for respiratory distress and diagnosed with pneumonia on each occasion. 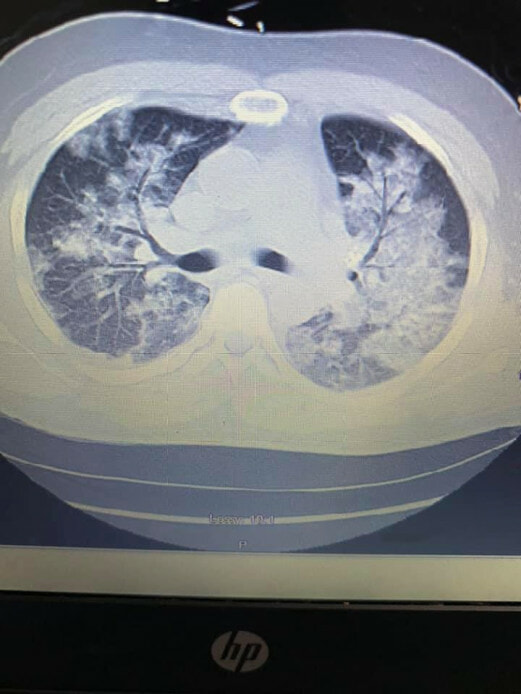 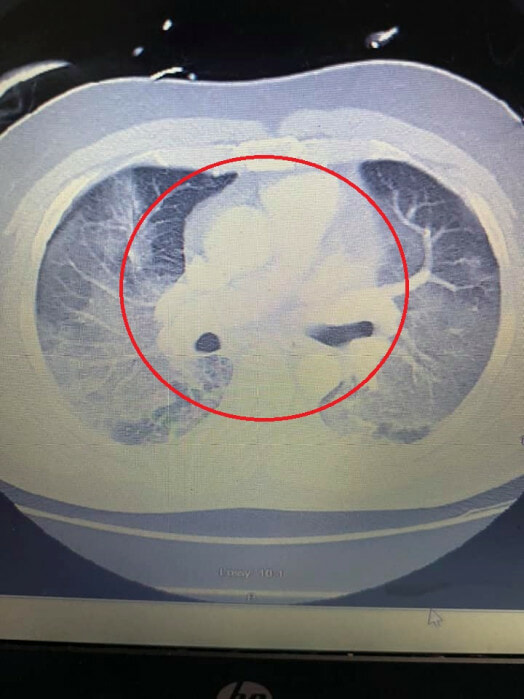 In two CT scans of the man’s lungs taken six-months apart from each other, doctors would always diagnose the man with infectious pneumonia and treated him with antibiotics. This didn’t solve the problem, as he was misdiagnosed.

The condition tends to be under-diagnosed because of its rarity, but is usually caused by inhalation or aspiration of animal fat or vegetable or mineral oil. According to Dr Hawa, the condition can manifest radiologically within 30 minutes of inhalation, and lung opacities can appear in most patients within 24 hours. Which means that you can see opaque shapes in the lungs, for us laymen.

So how do you prevent this? Stop using Vicks VaporRub on your nose, because it contains petrolatum, eucalyptus oil, cedarleaf oil, nutmeg oil, petrolatum, thymol and turpentine oil, all of which can cause these lung opacities to occur!

Now that you know, it’s probably best to just avoid applying the ointment on your nose altogether, and instead, try applying it on other parts of the skin where you can still benefit from the vapours! 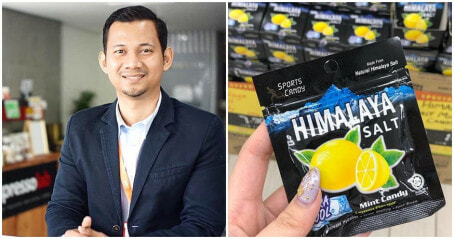