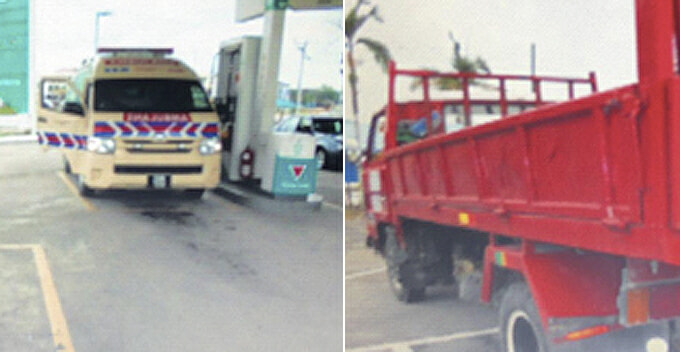 Last Monday (11 March), a senior citizen identified as Lai Kim passed away in an ambulance after there was a delay on the way to the hospital. This incident reportedly happened in Kuching, Sarawak and the victim’s daughter, Fung Ying is now seeking explanation from the authorities over the error that may have costed her father’s life.

On her viral Facebook post, she shared how the ambulance had to stop at a petrol station because it was running low on fuel. Here’s what she wrote.

“In the morning, my dad was suffering from an extreme stomach ache and had an unusually rapid heart rate. My mum and younger brother immediately sent him to the nearest clinic, Klinik Kesihatan Siburan in our neighbourhood. The ECG showed that my dad had an abnormal heart rate and there were no facilities to diagnose the cause of the stomach ache since it’s a clinic. The doctor then requested my dad to be transferred to the hospital.”

“The ambulance did not go straight to the hospital and the siren wasn’t activated as well. With my extremely ill dad in the ambulance, they went to Petronas Siburan to refuel. There, a lorry lightly knocked into the ambulance which resulted in the driver’s door being unable to close.”

“My mum said he was still conscious when the accident had taken place. He told my mum, ‘How did the accident happen? We should have reached the hospital by now’. I believe the accident consumed plenty of time at the petrol station.” 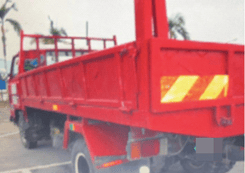 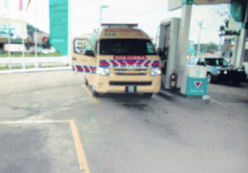 What’s more shocking was that the medical assistant and the driver went to the police station to make a report, leaving the ill father in the ambulance with his family members. Suddenly, the father stopped giving any response and his forehead turned cold. “My brother quickly sought help from the medical assistant in the police station. He performed CPR for nearly 15 minutes on my dad. Unfortunately, my dad did not make it and passed away at around 11am,” she added.

It has been over a week since her father had passed away and the only answer they received was an apology. Fung Ying is now demanding an explanation from the authorities on behalf of her mother. She also questioned the standard operating procedure (SOP) practised by the medical personnel and reckoned that her father would’ve been alive if the ambulance was properly maintained and hadn’t made the fuel stop. It was understood that the victim was picked up by the ambulance at around 9am and died at around 11am.

Utusan Borneo reported that both the lorry and ambulance drivers were unharmed and that they were waiting for another ambulance to ferry the victim to the hospital. The case is now being investigated under Section 43 of the Road Transport Act 1987.

Our deepest condolences go out to the family and hopefully, the authorities can look into this matter and provide much-needed closure to the victim’s family members. RIP. 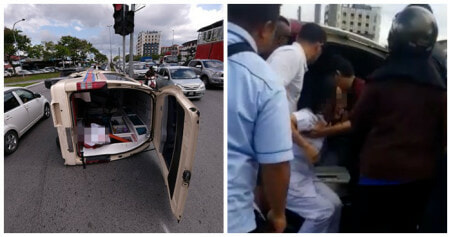