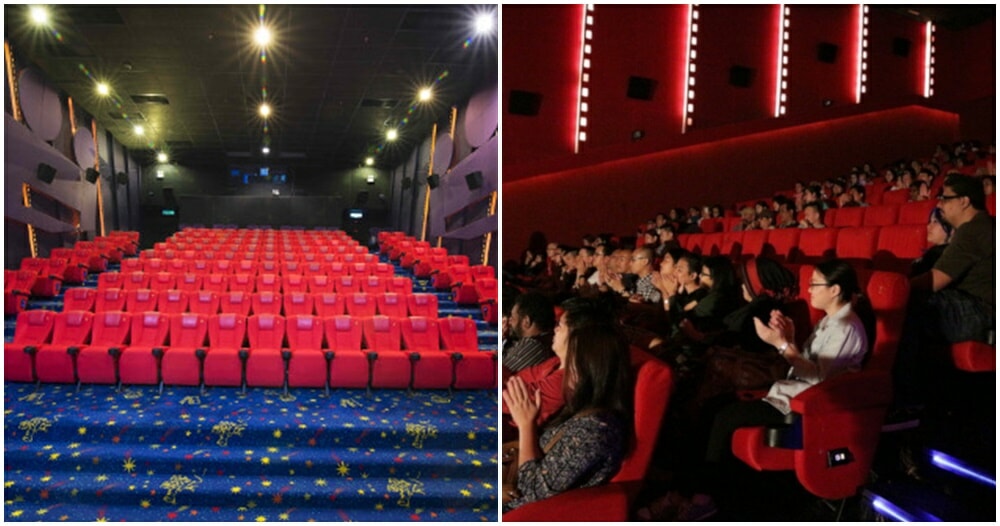 The Malaysian Association of Film Exhibitors (MAFE) has declared that all cinemas will be temporarily closed from the period of 2 November till the end of the month. 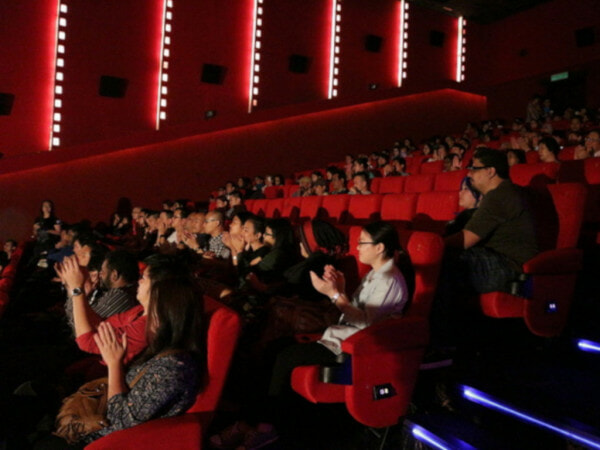 In a statement made by the association, it was said that cinemas will suspend all film screenings for the month of November due to the CMCO and the lack of content currently being produced, as said by a report from Sin Chew Daily.

As the Covid-19 pandemic has made the public warier about going to the cinema, the Malaysian cinema industry has suffered severe losses. Since the statement was announced, TGV, GSC and MBO have all taken to their social media pages to share the saddening news to regular cinema-goers. 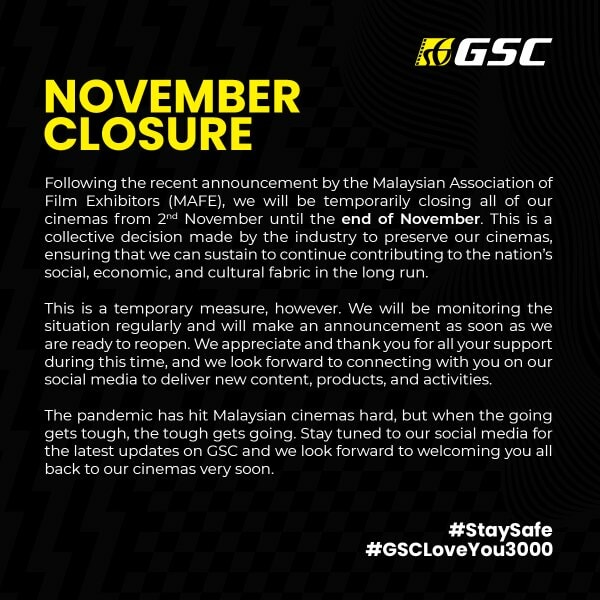 “We will be monitoring the situation regularly and will make an announcement as soon as we are ready to reopen,” said a statement published on GSC’s Facebook page. Meanwhile, TGV took to their Facebook to say that the closure was “a hard truth for all of us to accept, but we believe that we can brave this storm together.” 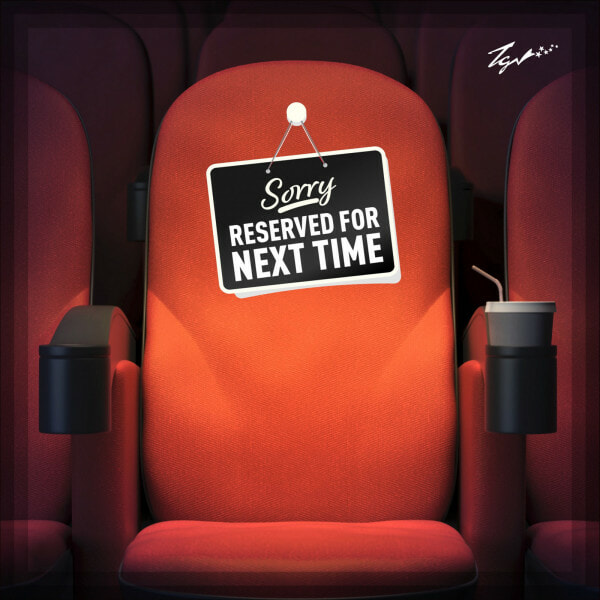 Looks like we’ll have to wait a little longer before going to the cinema becomes a norm again. What do you guys think of this? 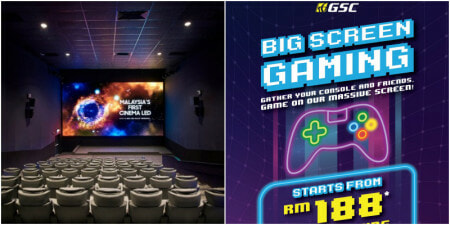