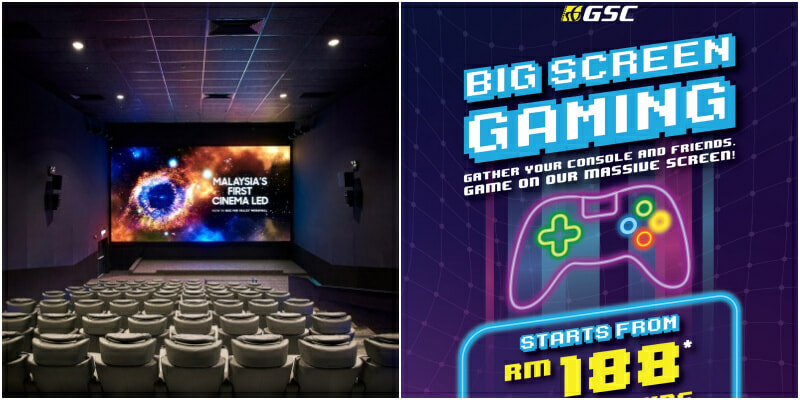 Do you tend to get fed up of playing video games on your TV because the screen is just not big enough? Do you miss having the edge over your opponents just because your resolution is not up to par?

Worry no more because now YOU can take your gaming to the next level by playing it on one of the biggest screen known to mankind, for a price of course.

Taking to Facebook, GSC  announced that it will be opening its doors to gamers, allowing them to rent their halls to play PlayStation and Nintendo Switch Games. 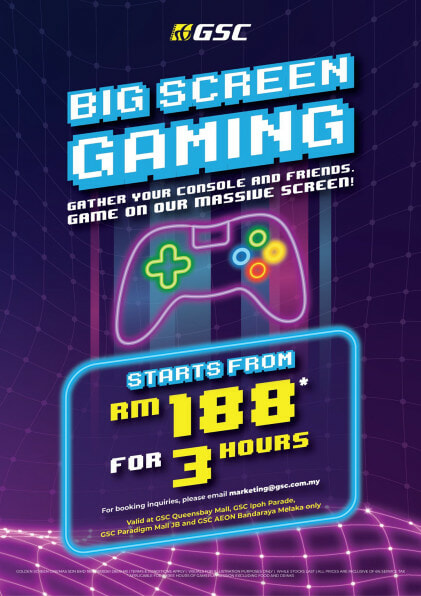 Promoting its price range beginning at RM188 for three hours, here is what GSC had to say: “Now you can book a hall from us from only RM188 and play your favourite Plashspeed or Switch games! Not even kidding.”

To give you an idea of what the packages look like, here are several images shared on their platform on what they have on offer. 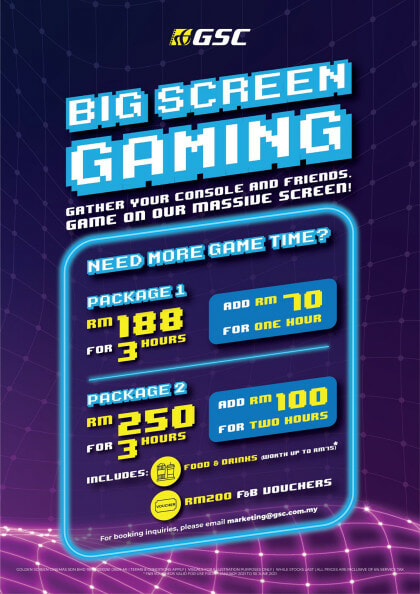 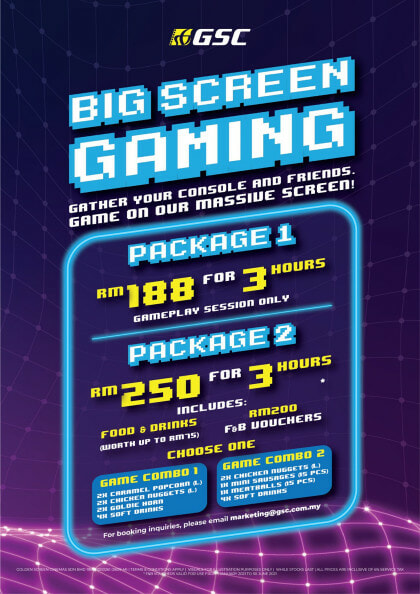 So head on down to participating GSCs today for the chance of a lifetime!

Terms and conditions apply. So brush up on them and get gaming now!

Also read: “It’s stranger-free” You Can Book An Entire Movie Hall At GSC From As Low As RM260! 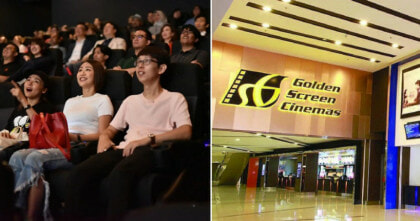