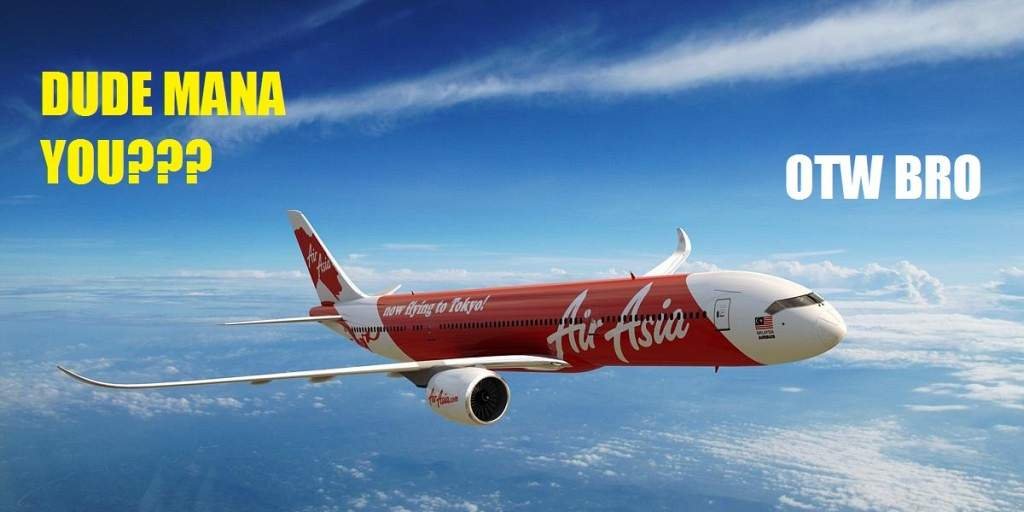 All jokes aside, the reason why this little muck-up happened is due to the pilot inputting the wrong coordinates into the plane’s on-board computer. Usually this would be handled by the first officer, but the cap’s earmuffs were “faulty” causing him to swap pre-flight duties with his subordinate according to the Australian Transport Safety Bureau (ATSB).

With a combination of data entry errors, crew ignoring unexplained alerts from the computer system, and bad weather conditions in Sydney, the plane finally landed in Melbourne about 2pm.

The whole ordeal started when apparently the pilot had to manually copy the coordinates from a sign outside the window (so ciplak one meh?), instead of typing in the longitude as 15109.8 (151° 9.8’ E), he punched in 01519.8 (15° 19.8′ E). Now with a little detective work (Google), it’s likely he was keying in the coordinates of his current coordinates, Sydney airport, which is 33.9399° S, 151.1753° E. Assuming he got the latitude right, he basically told the computer he was somewhere off Cape Town, South Africa!

“This resulted in a positional error in excess of 11,000km, which adversely affected the aircraft’s navigation systems and some alerting systems”

There were some “opportunities” that the fly boys had to spot and correct this mistake but the alerts were blown off as a false alarm and probably something up with the warning system. They didn’t notice it until they hit 410 feet or 125m up in the air where auto pilot engaged and started flying northeasterly instead of northwesterly.

How The Plane Was Flying VS How It Should Be Flying

According to a post by The Guardian, the pilots noticed when the plane veered left towards the path of another runway and attempts to rectify this midair caused more harm than good!

“…attempts to troubleshoot and rectify the problem resulted in further degradation of the navigation system, as well as to the aircraft’s flight guidance and flight control systems”

They requested to land back in Sydney but due to the fact they had no electronic aid and could only make visual approach combined with the worsening weather  and busy airport in Sydney, air traffic control instead recommended the plane to head to Melbourne, where they landed safely and managed to get the systems operational again!

Before y’all start bashing our boys do keep in mind that the ATSB further commented that “even experienced flight crew are not immune from data entry errors” and instead called on AirAsia to upgrade their systems to detect/prevent this from happening again.

AirAsia has come forward with a statement confirming they had duly upgraded their systems on their Air Asia X planes and sent a training memo to their staff stressing on the proper usage of the upgraded flight data entry system as well as briefed all pilots on the findings of their internal investigation. Crisis management team damn on point weih!

“We also wish to reiterate that we have regularly passed safety and security audits conducted by various international regulators, including the IATA Operational Safety Audit.”

“We remain committed to ensuring our compliance to all safety and security regulations.”

So keep calm and keep on flying guys.