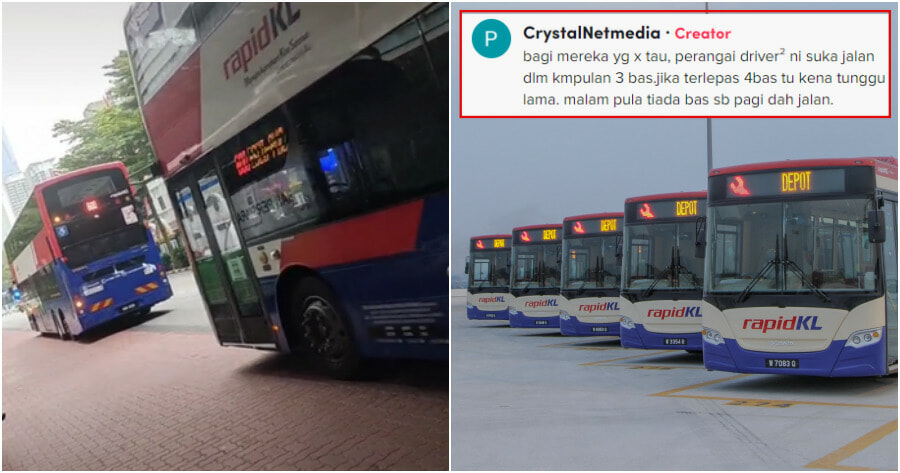 For those who are accustomed to taking public transport such as buses and trains, you’d know that one of the major issues is the lack of proper timing and scheduling that happens.

With trains, one of the biggest problems lies in the lack of frequency, as commuters during rush hours would sometimes have to wait as long as 7 minutes for a train.

However, with buses, there seems to be another pertaining issue which is causing the lack of frequency.

In a video shared by TikTok account @CrystalNetmedia, the page shares experiences of dealing with this lack of frequency, as well as the reasons behind it. 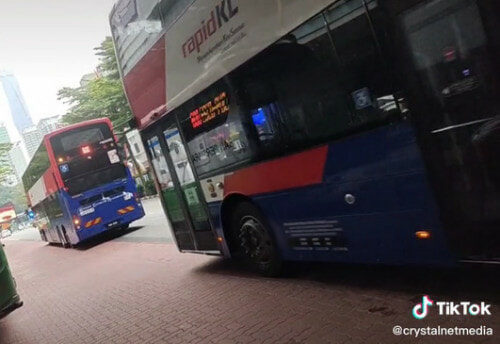 Those behind the account accused RapidKL bus drivers of purposely slacking off and not wanting to pick up commuters just so they could spend time doing nothing.

In one of the videos, the poster claims that the bus drivers of a certain route would often move together at the same time as a group.

They claimed that the drivers would often drive 3 or 4 buses at the same time so that they’d finish their required trips quicker and that only the first bus would have to deal with commuters.

“For those that know know that some drivers like to go together in a group of 3 buses. If you missed those buses, you’d have to wait ages. At night there’d be no buses because they did all of their trips during the day time.” 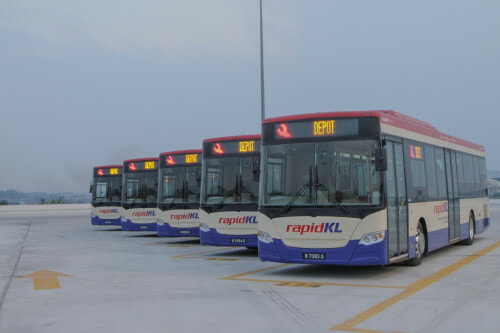 In another video, the poster claims that the bus drivers would hang out around the Pasar Seni stop or Puchong. 1 bus would go first, which would often be full. After it moves, 3 empty buses would follow behind it and that they wouldn’t overtake the bus that is full.

“They know that around 9:30am and 3pm no one would ride the bus, so they’d move at that time just to do their trips. Driving around an empty bus. Finish up their 4 trips and they’d still get paid as usual at the end of the month.”

The poster then dared those from the ministry of transport or land public transport agency to ride the bus as commuters to personally experience this.

Others have experienced this

The videos have gone viral and attracted the attention of Malaysians. Some users shared that they have witnessed the same thing happening.

“Those that live near Jalan Klang Lama & Puchong know that the attitudes of the bus drivers of (route) 600. They’d come in 2-3 buses,” commented  a user.

One highlighted that the issue isn’t just specific to the Klang Valley. “Rapid Kuantan is the same, at 8 something, 4 buses would be on the move.”

Meanwhile, some users urged RapidKL to look into the issue and to stop bus drivers from slacking off. A number of them have tagged RapidKL’s official accounts in hopes of getting their attention.

As of now, RapidKL has not addressed the accusations.

Have you ever encountered this? 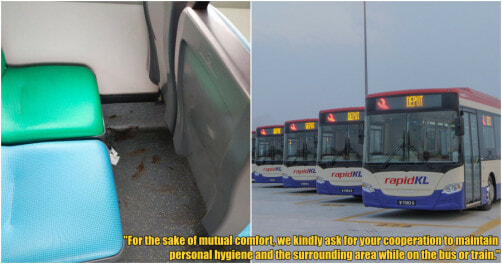