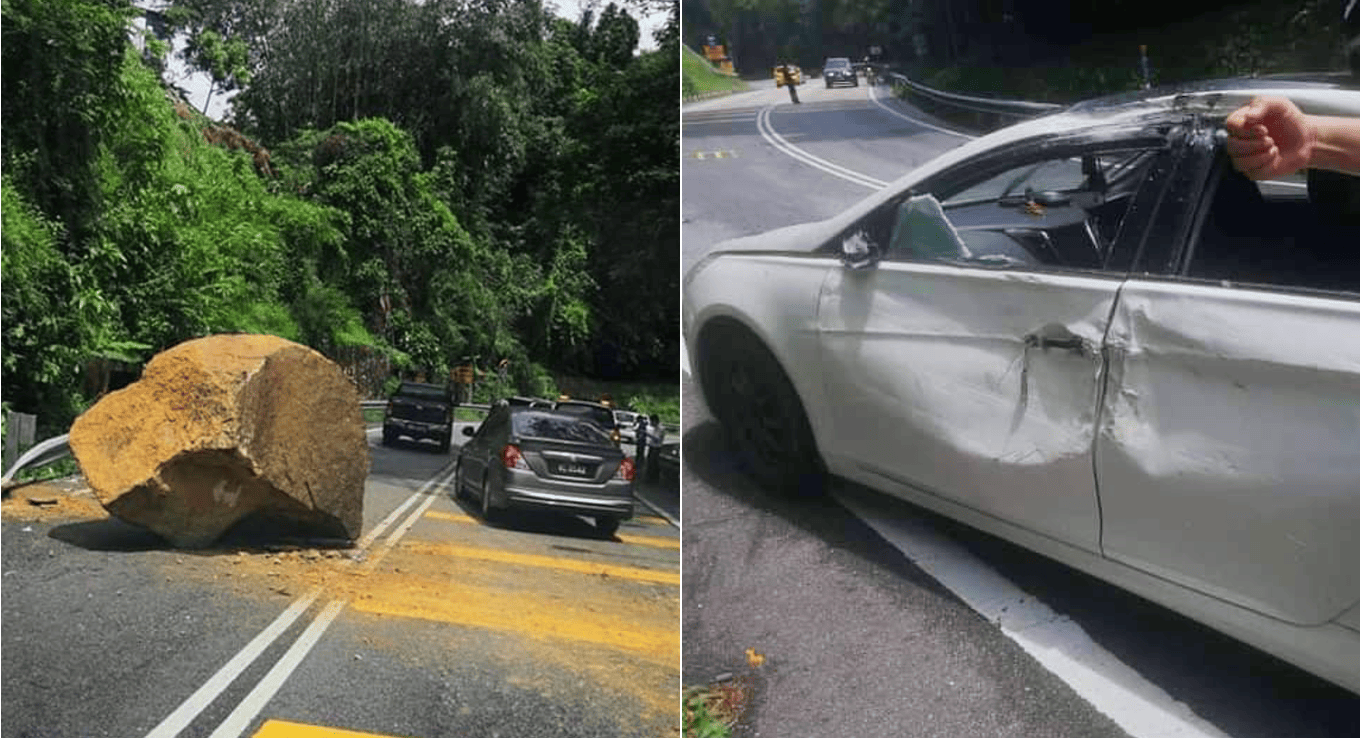 A car driver narrowly escaped death after the car he was driving was hit by a boulder that rolled down from the hill near Jalan Tun Sardon towards Paya Terubong in Balik Pulau.

Fortunately, no one was hurt by the large boulder but it managed to block one side of the road. As quoted by Penang Kini, North-East District Police Chief, Assistant Commissioner Soffian Santong said that his department received a call at 1.36 pm regarding the incident. He said the team from the Ayer Itam Police Station rushed to the scene.

“While at the location, it was found that the large boulder fell across the road, blocking the path. The incident did not hurt anyone but the Hyundai Sonata car driven by a 47-year-old man was severely damaged on the left side.”

Soffian said the Public Works Department (JKR) of the Southwest District has done the cleaning, including removing the boulder. We advise those who are driving in the area to be aware of your surroundings in case something similar might occur again soon.

Also read: Still Riding E-Scooters On The Road? Then Get Ready To Be Fined Up To RM1,000 Or Jailed For 3 Months 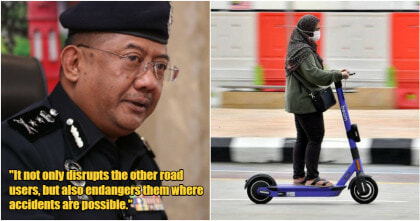