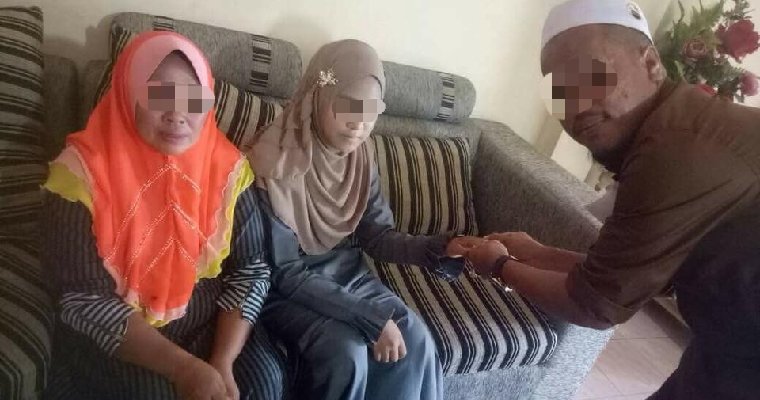 We are pretty sure you have heard about the 11-year-old girl who recently got married to 41-year-old Malaysian man, Che Abdul Karim Che Abdul Hamid from Gua Musang. The marriage, which was held in Thailand, made the young girl the man’s third wife and has caused widespread outrage among Malaysians while relevant authorities began stepping up to tackle and condemn the matter.

To keep up with this, here are a few updates on the case;

1. The child spoke out in defense of the 41-year-old man When the case first began to circulate, activist Syed Azmi took the initiative to shed more light on the issue and managed to report the case to JKM Gua Musang for further investigation.

In light of the outrage regarding their marriage, the child spoke out in her husband’s defense and stated, “Even though many people are angry with me, I do not want a divorce, as long as Abe (Kelantanese slang for ‘abang‘) wants me and I love him.” 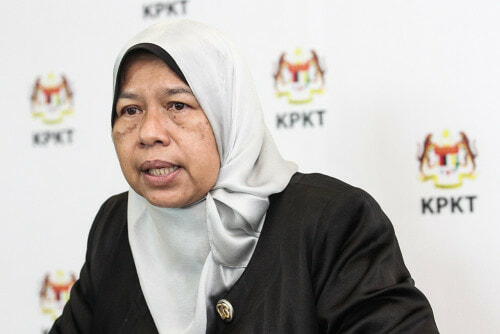 The United Nations children’s agency’s (Unicef) representative in Malaysia, expressed in a statement that the marriage was shocking, unacceptable and was not in the best interest of the child. The statement pointed out that marriage is also a violation of the 11-year-old’s rights and a law reform to set the legal age for marriage at 18 without exception should be one of the government’s priorities.

Meanwhile, Pakatan Wanita Chief, Zuraida Kamaruddin said in a statement that action should be taken against the parents of the 11-year-old girl. She also stressed that all children in Malaysia should be protected and that the practice of child marriage should be stopped immediately.

3. The man has defended his marriage and threatened legal action against his critics 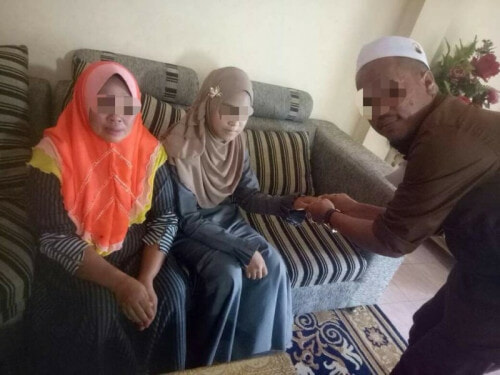 Che Karim insisted he would not give up his child bride despite the widespread condemnation, and will wait until she reaches the age of 16 before they can live together.

According to Free Malaysia Today, not only does the 41-year-old stand by his decision to marry the 11-year-old girl, he also added that he would take legal action against those condemning the marriage. He told reporters,

“I am sad of the assumptions and wild accusations thrown at me on social media for taking a third wife. I will consider taking legal action to stop the defamation against me through wild and inaccurate claims.”

On top of that, he has even said that his other wives approve of the marriage and have accepted the 11-year-old as their ‘madu‘ (a woman sharing their husband).

4. The 41-year-old’s second wife lodged a police report against him 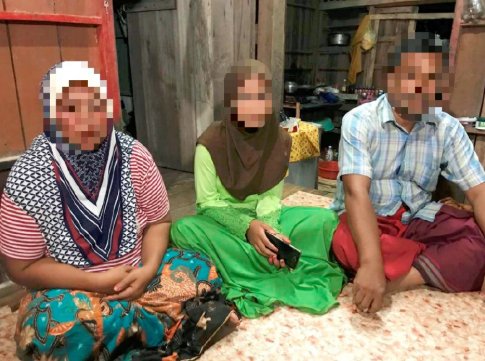 Despite claiming that his first and second wives are fine with the marriage, Che Karim’s second wife lodged a police report on the marriage, but further investigations revealed that there was no criminal element involved despite the girl being underaged. Kelantan deputy police chief, Datuk Din Ahmad told the media,

“We are told they married on the basis of mutual like for each other and received the consent of their respective families. So far, police have not arrested anyone, as there was no element of threat involved in the marriage.”

“However, we have submitted the case to the religious authorities to be probed further under the Family Law Act 2002 for marriage involving those under the age of 18.”

5. A SUHAKAM commissioner came under fire for her alleged support of the marriage 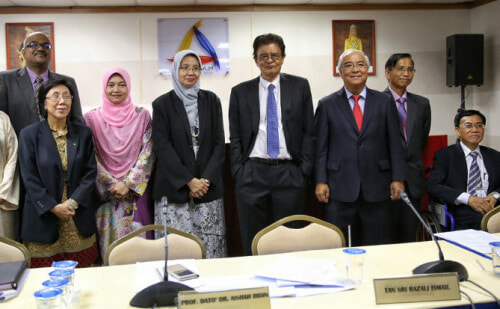 The Human Rights Commission of Malaysia (SUHAKAM) recently expressed concern that paedophilia could be legalised in child marriages that are approved by Syariah court or state chief ministers. According to Free Malaysia Today, the commission’s chairman Razali Ismail said,

“There is no justification to child marriage and we stand firm that where religious practices are concerned, they must not supersede the fundamental rights of a child; the best interest of the child must still prevail.”

Despite the condemnation from SUHAKAM, one of its seven commissioners allegedly stated that there was nothing wrong with the marriage, according to the Malay Mail. Nik Salida Suhaila Nik Saleh reportedly stated in a now unavailable Facebook post,

“It is not one’s right borne out of the heart’s desires. It is not a limitless right. It is subject to whether the purpose of marriage can be fulfilled — no torture or oppression against any party, the husband’s and wife’s responsibilities are carried out, God’s orders and prohibitions are obeyed, it doesn’t harm society, and doesn’t defame religion.” However, she has since told Free Malaysia Today that her post was misinterpreted, saying,

“For a woman, you have to ensure that if something happens to your marriage, you can survive. It does not mean that it is okay to marry at 11. I also recently presented a human rights paper to the heads of all state religious departments, in which I highlighted the urgent need to increase the legal marriage age from 16 to 18.”

6. The government is working on increasing the minimum marriage age for women 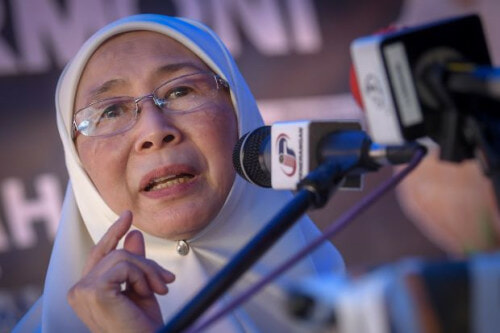 Deputy Prime Minister, Datuk Seri Wan Azizah Wan Ismail stated that the marriage was not legal as it had not received the consent of the Syariah court as the girl was under the minimum legal age for marriage.

In light of this recent case, the New Straits Times reported that the Deputy Prime Minister also added that the Child Act 2016 and the Islamic Family Enactment will be amended to raise the minimum age of marriage for women from 16 to 18 years. She added that this amendment was in efforts to ensure the protection of children’s rights from psychological, health, and educational perspectives.

7. The man fled from a meeting with a Women, Family and Community Development Ministry officer

In an update on the New Straits Times’ Twitter account yesterday (1st July), Che Karim reportedly avoided a meeting with an officer from the Ministry of Women, Family and Community Development.

According to the Deputy Prime Minister, when the officer had gone to meet the man, he was nowhere to be found and instead met with the young girl’s mother.

So, now you’ve been caught up with the most recent updates of this case!

Child marriage is a serious issue and the reality is, this particular marriage is not an isolated case and there are so many more cases like this that have not made national headlines. Let’s hope the relevant authorities do their best to protect the rights of this young girl and many other young children in the future. 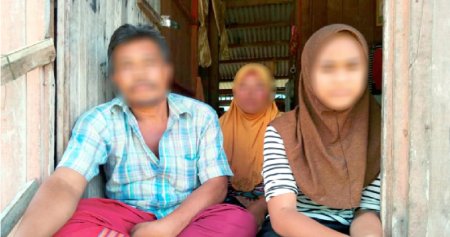