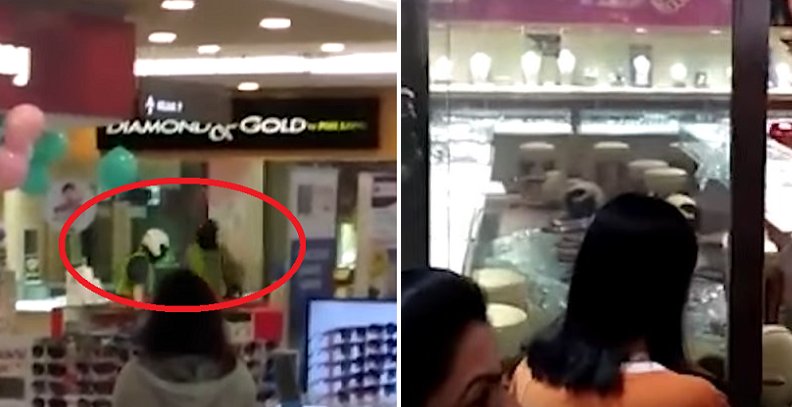 A jewelry store located in a Puchong hypermarket was cleaned out by a band of robbers about 11am on Saturday.

Video captured by a witness shows men in helmets and green vests tearing through the store, while sounds of glass breaking can be heard in the background. 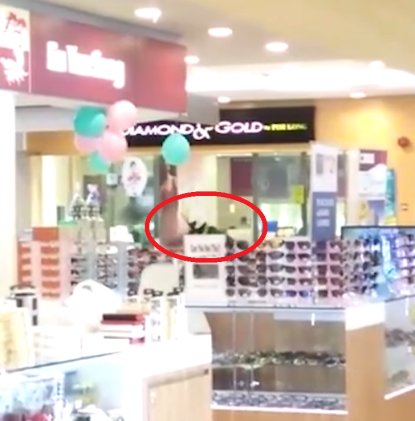 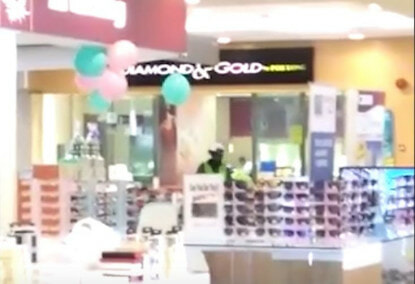 Passersby in the video surprisingly seemed calm at the ordeal. Malaysian netizens also indicated the robbers were bold enough to conduct the robbery in broad daylight.

It was reported that six men armed with three hammers smashed through the store, carting away eight trays of jewelry. 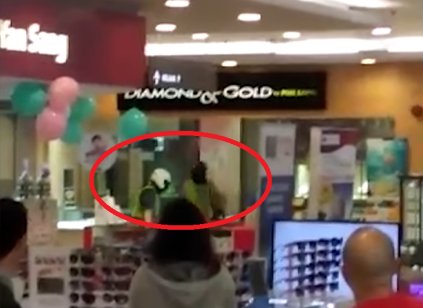 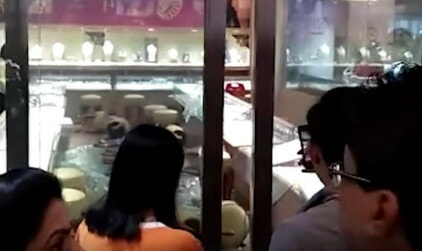 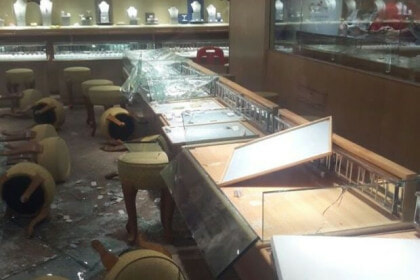 “Four suspects entered the shop, while another suspect kept watch.

The total losses are still being investigated.