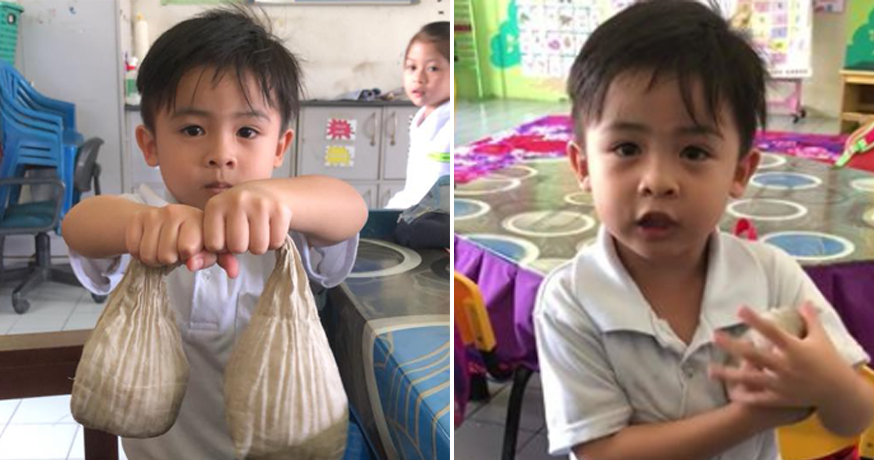 Spot-checks were one of our worst nightmares back in our schooling years. Especially when we rebellious children used to gatal gatal bring prohibited items.

Recently, a teacher had a surprising find while conducting a spot-check session at a kindergarten in Miri, Sarawak on January 22nd. Wait, even kindergartens have spot-checks now?

According to mStar, the preschool teacher named Aidil Papadil, shared his interesting experience on Facebook. Upon conducting the check in class, he was ‘forced’ to confiscate a suspicious-looking item belonging to his 5-year-old student.

He uploaded a picture and video of the young student holding the suspicious item he had brought to class, which turned out to be… (cue drum roll) – everyone’s beloved bantal busuk, or chou chou!

The young boy can be seen holding up his bantal busuk, which is a small bolster, as he showed it to his teacher. He even demonstrated how to use it upon his teacher’s request. So cute!

Aidil’s post garnered the attention of many local netizens, with most of them gushing at how adorable the little boy is and laughing at his innocent actions. Too cute to resist! 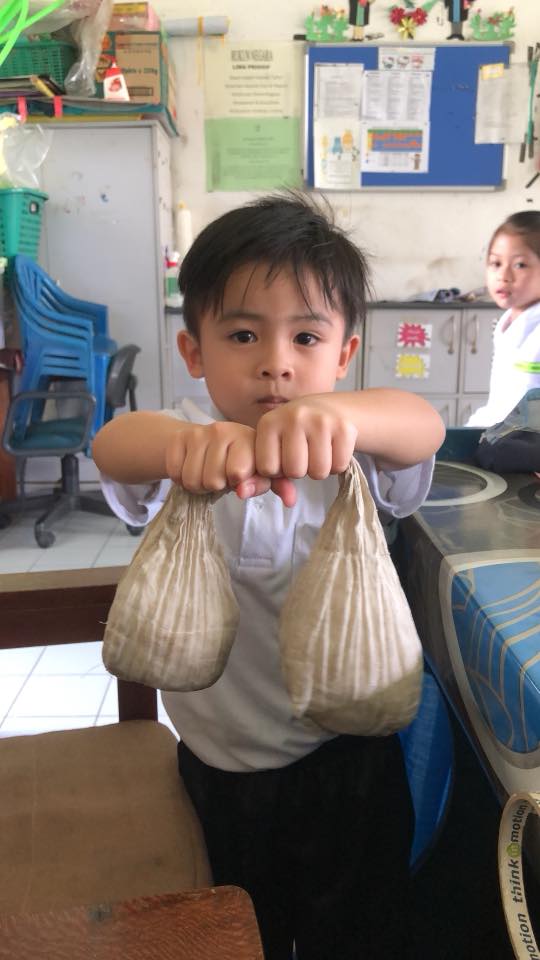 The mother of the young boy, Aaina Shazwani Ajma’ain, 26, did not expect the picture and video of her son, Rafa Aqil Rizqi Mohd Tarmizi, to go viral among the social media community. She said,

“He is really inseparable with his bantal busuk, but he never brings it along to kindergarten with him.”

“It so happened that he brought it to kindergarten by accident. Maybe it was because he always holds on to it before he leaves for kindergarten,” she explained. 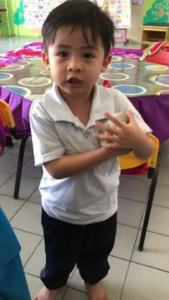 Aaina said that her son has been using the bantal busuk since birth, and is always eager for it to dry up after washing every time. Nooo, don’t wash it! All that heavenly smell would be gone just like that!

All bantal busuk or chou chou owners will definitely relate to this kid. We need our chou chou anytime, anywhere, 24/7. *sniff* 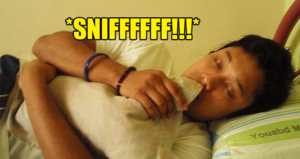