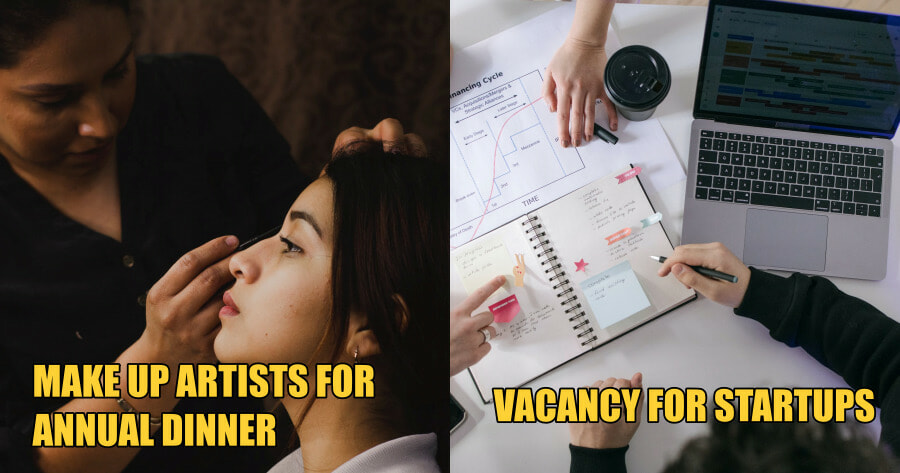 Over the past few months, Malaysia was hit with a wave of cases regarding our fellow local people being kidnapped or “sold” off to Myanmar involving a large human trafficking syndicate.

Many of them have yet to be rescued and unfortunately, some victims did not survive the whole ordeal.

Now you may be wondering what the tactics are and here’s what we found:

The syndicate would usually pose as a company that is in need of dancers, performers, makeup artists or even magicians for their “annual dinner”. They will lure their victims by offering high incentives such as an all-expense paid trip to the designated country.

When asked for more details, they would usually provide basic information that can be found on Google. A Facebook user shared how her boyfriend was almost roped into being a victim after they offered him an all-expense paid trip and a 10,000USD (RM45,550) pay. 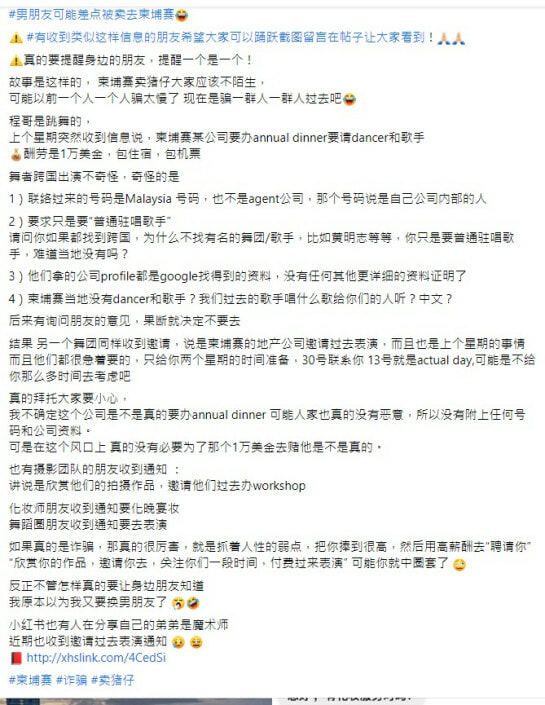 One of their tactics is to publish job advertisements offering high salary and attractive benefits. They will usually get in touch through WeChat or even Telegram and lure the victims by offering them a high paying job. The “jobs” that they’ll usually offer would be promoter/customer service jobs.

The image below shows a post on how they are hiring promoters and customer service representatives in Dubai. They’d offer RM5,000 for a start and bonus would be given after. 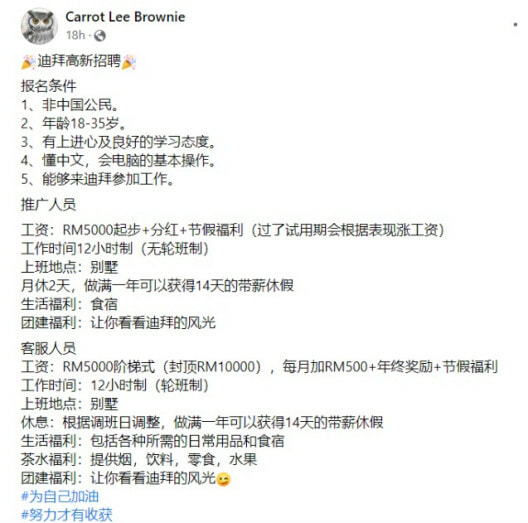 One of the newest tactics would be hiring people to work for a “startup” and after 6 months, a company trip will be apparently organised, and the employees will be asked to attend. Oriental Daily has reported a case where some Taiwanese people were roped into being victims after joining a startup company.

Other than offering jobs, another tactic would be to pose as someone looking for a significant other. It is said that those victims in the syndicate who are assigned to this role would have to undergo a training course.

The training course would provide details on how to rope people in. Just over the weekend, a Malaysian man was found dead after going to Thailand to “meet” his girlfriend. According to the victim’s parents, they’ve heard the girl’s voice but have never seen her in person.

Unfortunately, one of the most common ways of falling into these nasty scams is having your own friends trick you into it. Your friends may not want to, but due to the repercussions they would have to suffer, this could be something they resort to.

In February, a Taiwanese couple was invited by their friends to visit a “technology company” in Myanmar. Once they arrived, they were locked up and were forced to scam other people. 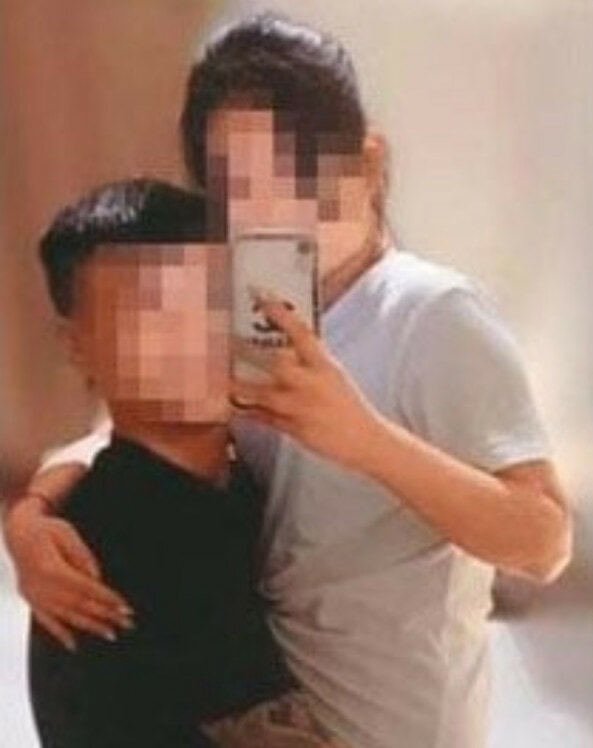 We sincerely hope that this article would create some sort of awareness for our dear Malaysians to stay vigilant and to be extremely careful. We are painfully worried about the number of Malaysians who have fallen victims to these heinous scams.

Please be extra cautions when looking for a job. You’ll never know what would happen next. Stay safe, dear friends. If you know of any other modus operandi besides the 5 above, do state it in the comments section down below. 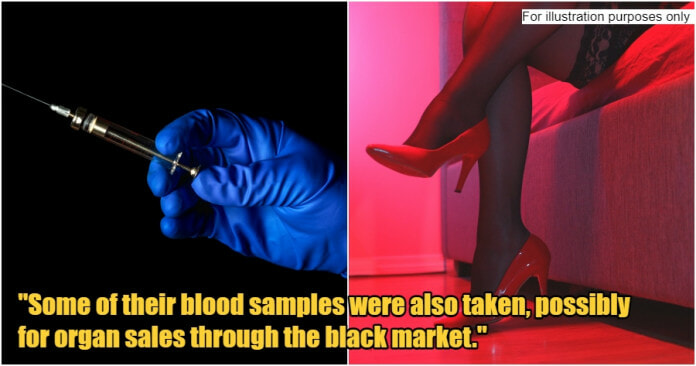