If you’ve got friends travelling to Japan during these few months, chances are that you’ll scroll past some seriously envy-inducing #sakuraseason shots. You really want to experience sakura too but a look at your bank account brings you back to reality. But now it’s time to put your inner green-eyed monster away, and start up your engines, because we’ve got five places in Malaysia that you can travel to for your very own ‘cherry blossom’ OOTDs without breaking the bank! They may not be the same but they look just as pretty!

Aside from being Sabah’s third-largest town, Tawau is now also known for its ‘Sakura’ spring, which is basically the blooming of Tecoma trees, a species of shrub from the trumpet vine family. The main site attracting the bulk of visitors is Persiaran Traulsen, near Jalan Persisiran, according to New Straits Times. This year (2019), the coastline where the trees are planted have been given a makeover, making the scenery stand out more than ever. They’ll remain in full bloom usually from the end of March until April. 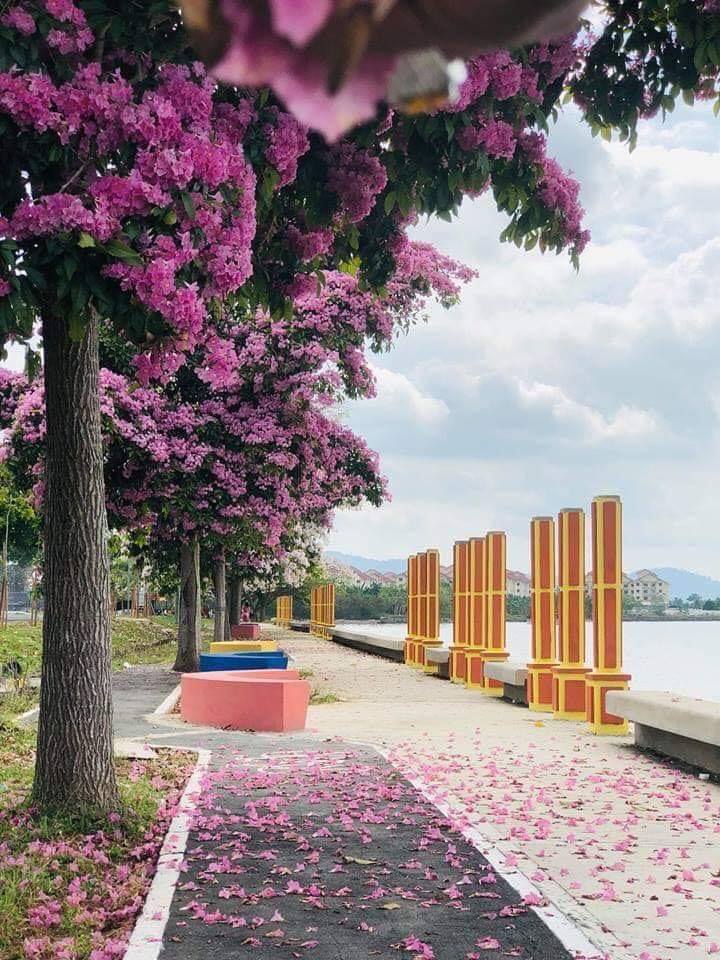 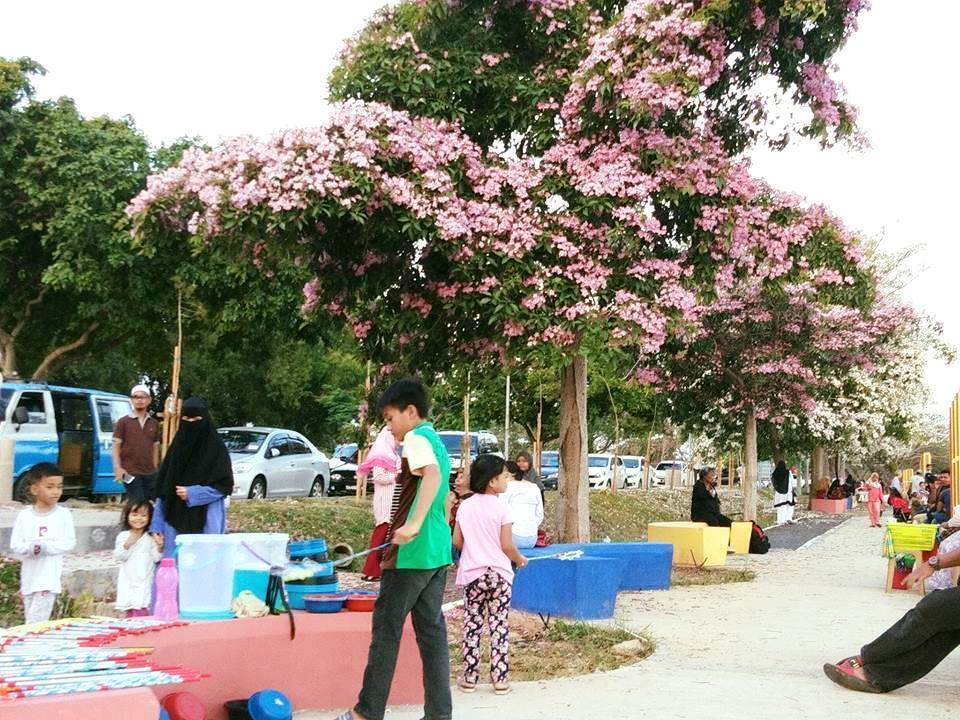 Back on the Peninsula, Alor Setar has been making waves for a few years now thanks to the abundance of Tecoma trees as well. Jalan Langgar and Jalan Kuala Kedah are reportedly two of the best places to see them in all their glory, according to Kosmo! Online. They can last for two to three weeks, but the blooming period may be cut short if there are constant rains. This year’s batch began blooming in early March, so if you want to catch them next year (2020), you know when to go! 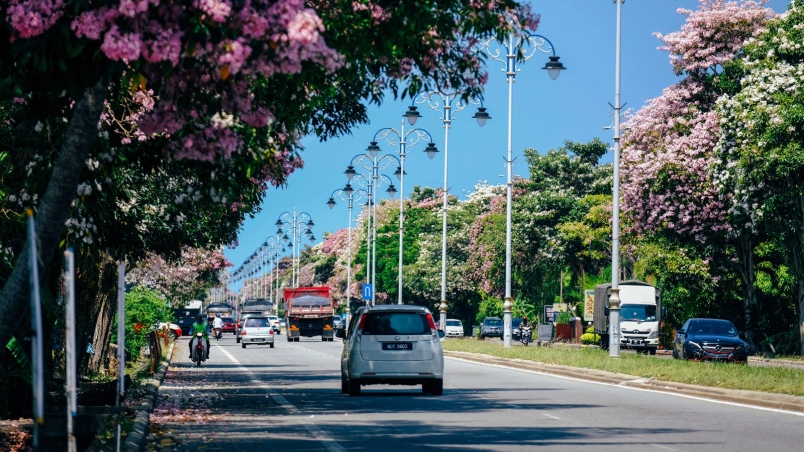 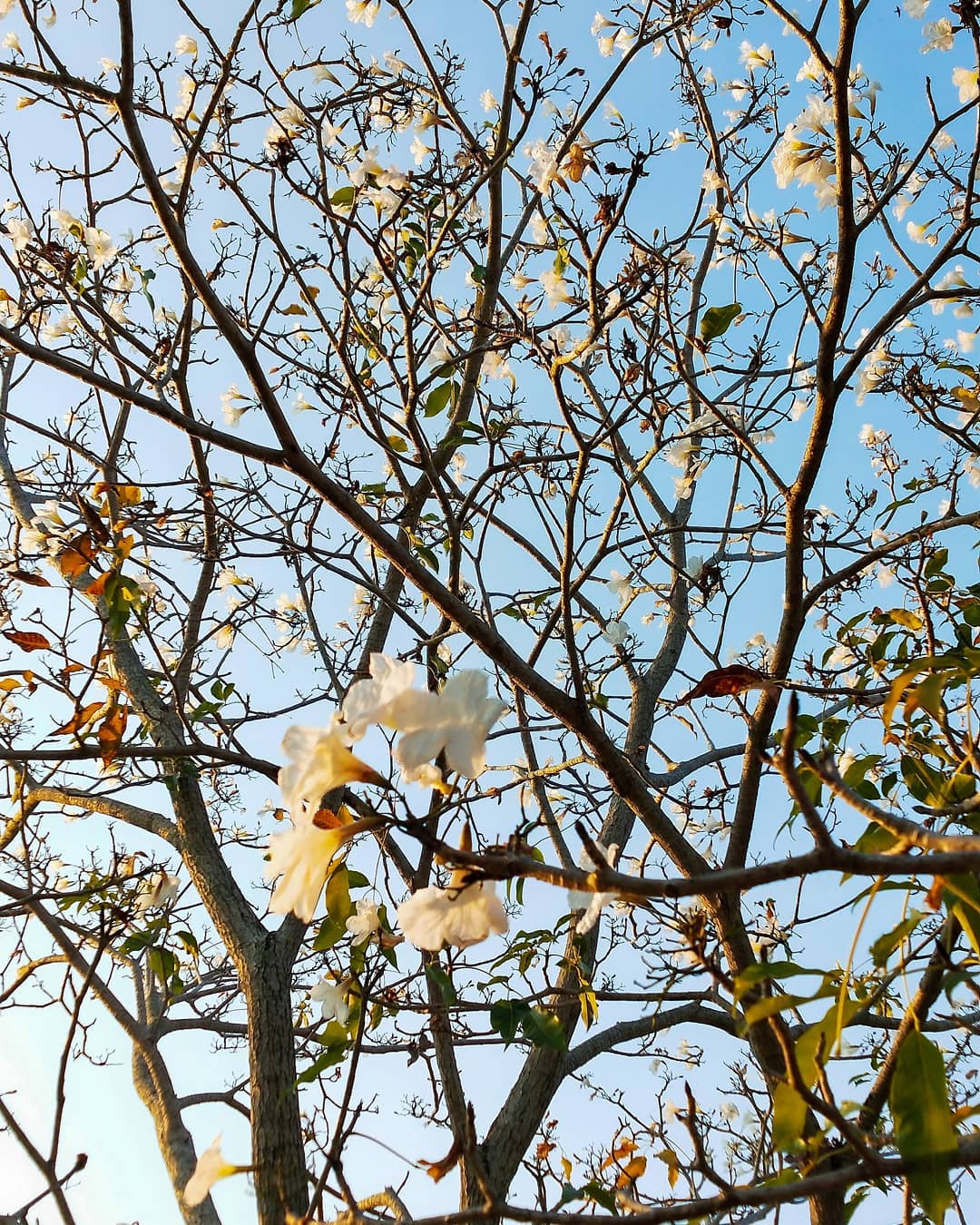 Just a few hours away and slightly further down the Peninsula, we have Penang, yet another town that has dazzling Malaysian ‘sakura’ blooms everywhere within the months of March and April. They’re most commonly sighted along Jalan Raja Uda, Jalan Bagan and the general Bayan Lepas area. This year, it appears that the pink flowers have reared their lovely heads a little earlier than usual, as a quick scroll through social media shows posts from as far back as the end of February. Looks like you’re going to have to plan your Penang foodie trip a little earlier in 2020! 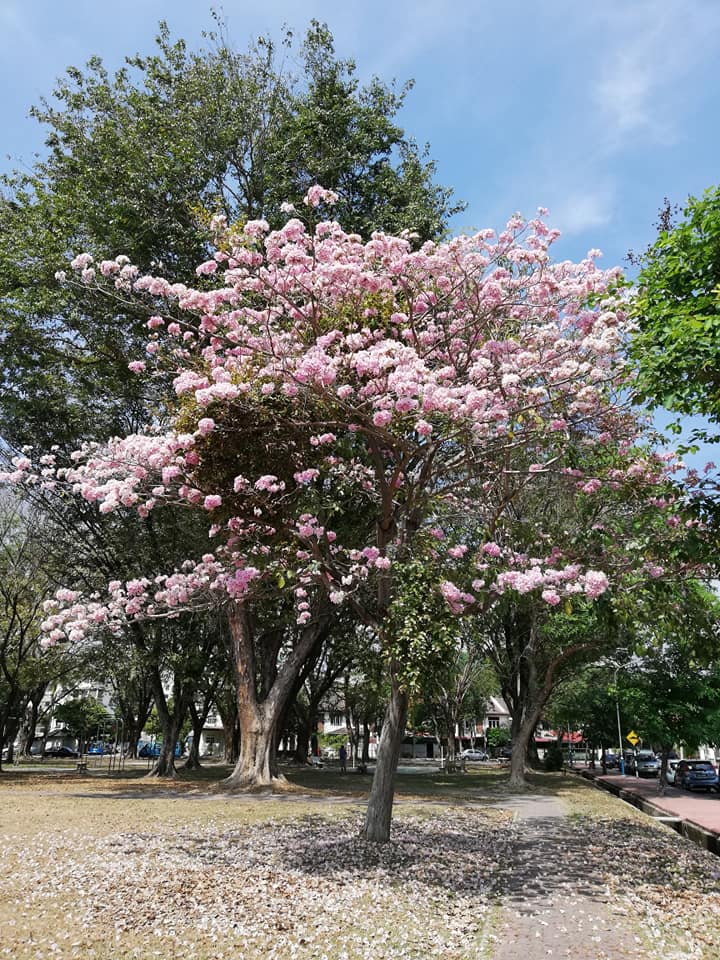 Looks like the town of Melaka has other things to be proud of, other than its rich history! Plenty of Tecoma trees have blossomed this past March, with Jasin, Ayer Keroh, Bukit Katil and Bukit Baru among just a few of the districts that you can experience this enchanting scenery. Like the other entries on this list, the blooms reached their peak in the middle of March. However, you might be able to catch them later in the year when the weather gets hot and dry again, which is what catalyses the blooming. 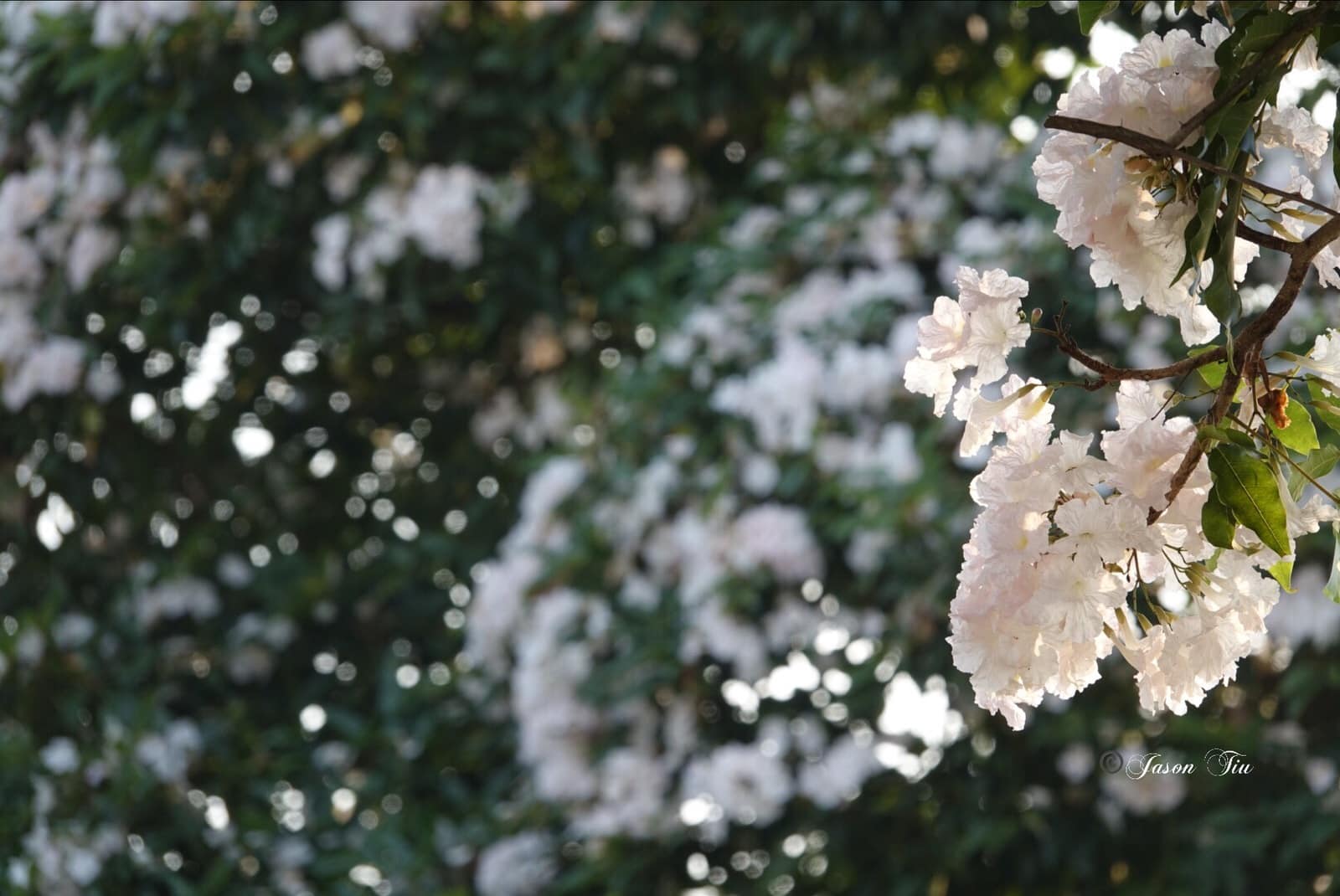 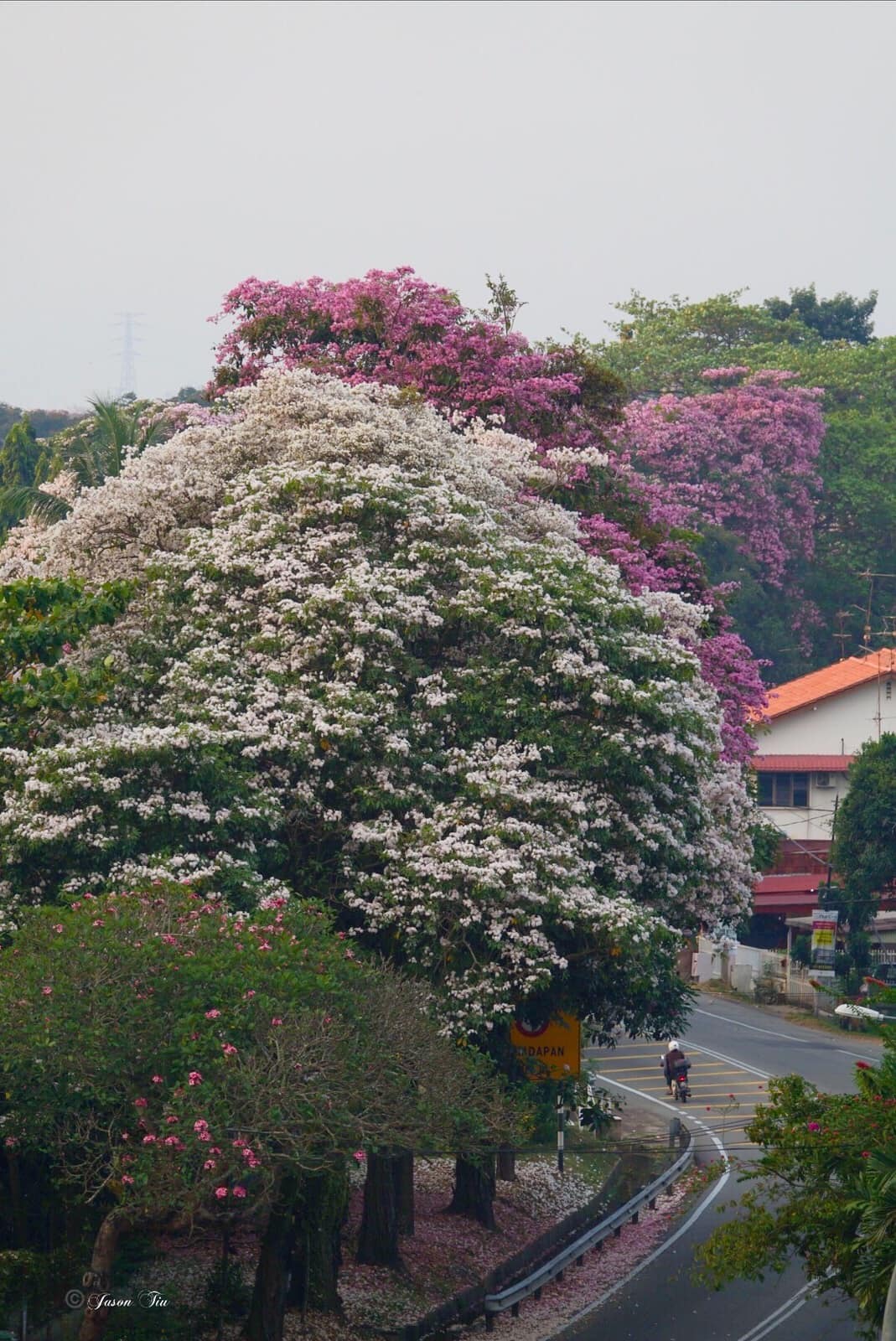 The tail end of the Peninsula is where you can find more resplendent Tecoma trees in full bloom, between March and April. They have been photographed all over Kluang, leaving ethereal trails of pink petals all over the streets. Sinar Harian has also reported on sightings in Benut, a town in the district of Pontian. Maybe you could swing by next time on a weekend getaway to Singapore?

Good Morning… 🤗 Beautiful scenery when I was in Kluang for the past few days. #work #throwback #exquisite #sakuramalaysia #kluang #landscape #johor #bangsajohor #bukanbangsajohor

Has this made your inner wanderlust blossom with anticipation? It certainly has, for us! Apart from these five locations, we’re pretty sure there are more places in Malaysia that you can see Tecoma trees (or ‘sakura’) in, so chime in below and tell us which towns or states we’ve missed out on!

Also read: Starbucks is Releasing Sakura-Inspired Drinks on 26 March & The Merchandise is Pretty Too! 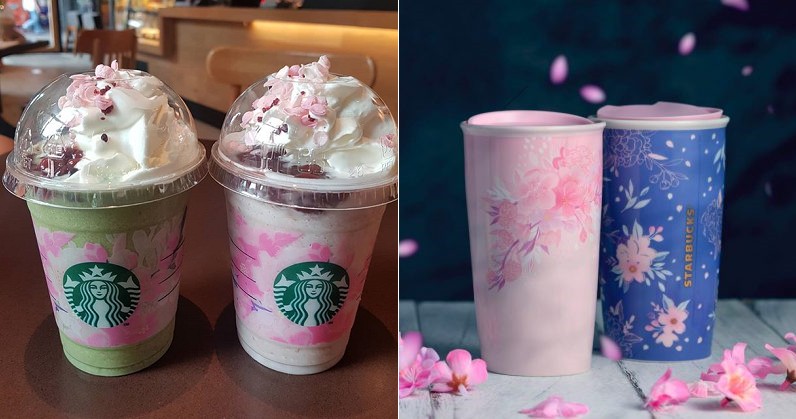