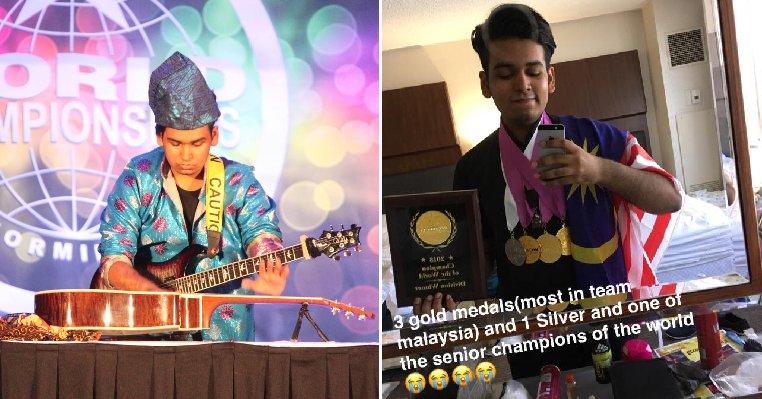 As any musician will tell you, it isn’t easy to master a particular instrument as it takes years of learning to perfect the craft. This usually means playing it the way you were taught without any extra frills but this young Malaysian teenager decided to think out of the box and play it in his own way. Which paid off because he gained international recognition! 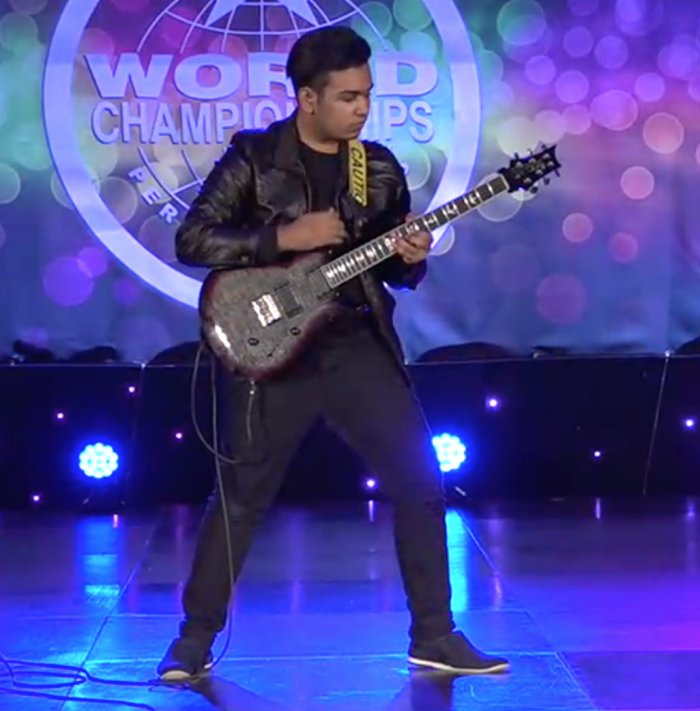 We spoke to Vishal Chopra, a 16-year-old Penangite teen who played the guitar so well he made it to the United States of America for a talent competition against other world talents known as World Championship of Performing Arts and won numerous medals there. The young man actually started his journey really early but what made him stand out the most among his peers was his ability to perform numerous tricks on the guitar, including playing with it blindfolded. So cool! 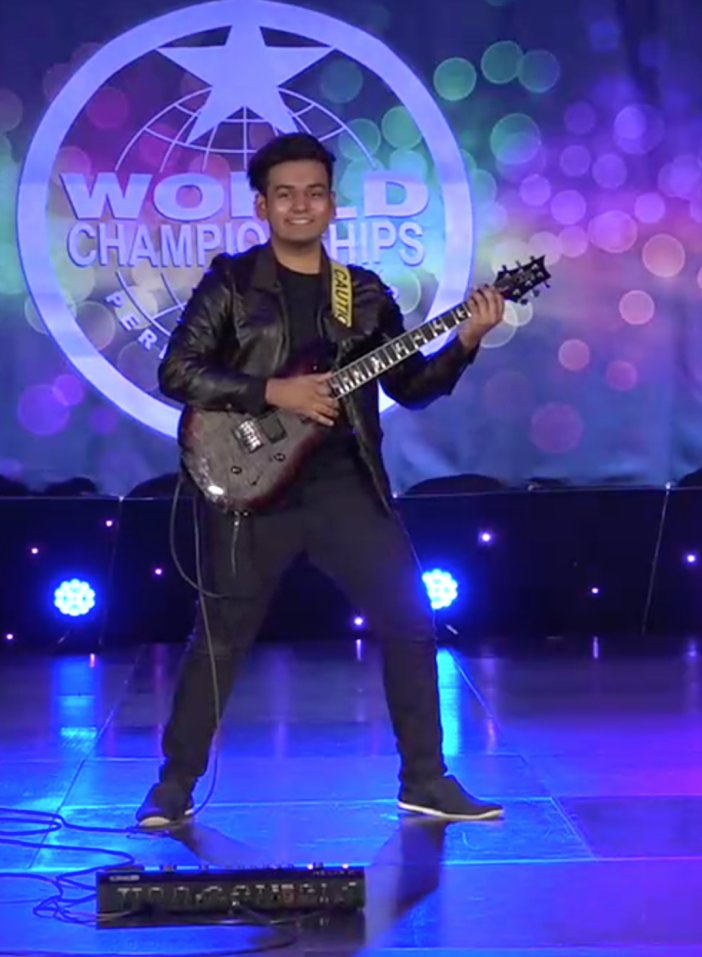 Here are some interesting facts about the young teenager and how he is already making a name for himself internationally by showcasing his awesome musical skills.

1. He started playing the guitar at 11 years old 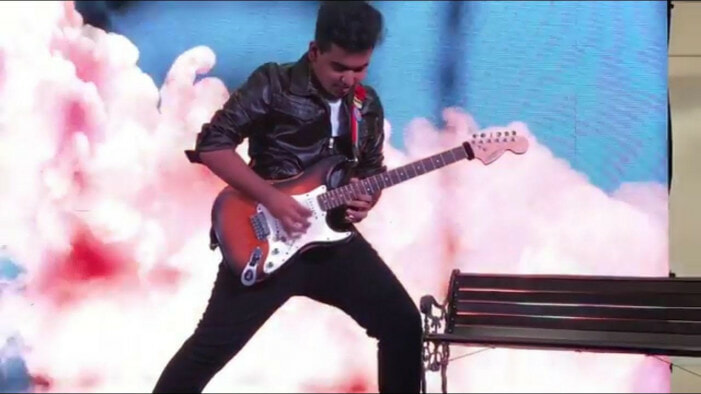 The talented boy picked up guitar playing when he was only 11 years old in 2013 and he joined a talent show back in school. He had his first taste of winning back then when the band won first place, which caused Vishal to start perfecting his musical skills by going for professional training when he was 12 years old. He also picked up singing and a few other instruments such as the guitar, drums, piano and ukulele to broaden his musical talents.

2. Vishal was inspired when he emerged the champion in a talent show organised by Hitz FM 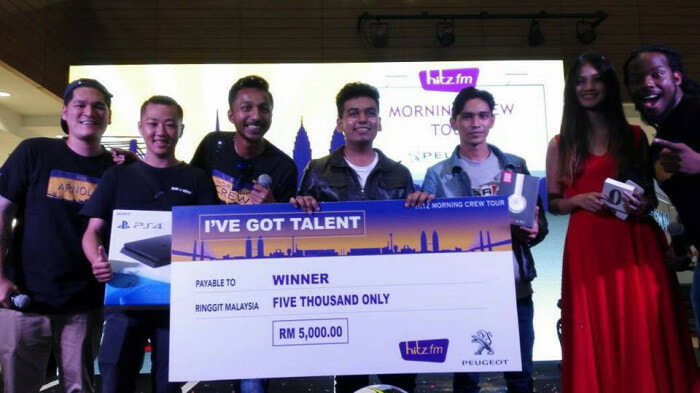 A few years later, when he was 15 years old, he decided to join this talent show that was organised by Hitz FM in Penang, which was the largest competition he had participated in at that time. He was only given one minute to play his piece and took full advantage of this to showcase his skills. No one was as surprised as him when his energetic performance managed to defeat everyone else as he was crowned as the champion and won the RM5,000 prize.

“When I won the talent competition, everyone was talking about it and even people I didn’t know recognised me. With the money I won, I decided to buy a better guitar to take me further as I only had a cheap guitar before this,” he said.

3. He perfected his skills along the way and joined other competitions to get more experience 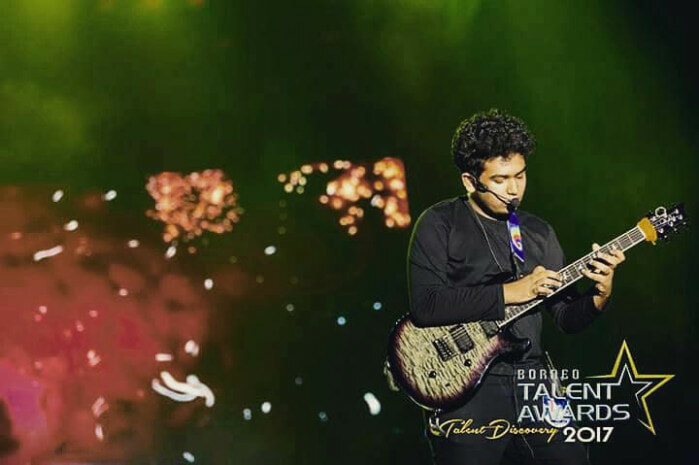 After getting his first taste of winning, Vishal decided to move on to more competitions so that he could get his big break. He joined the Rockets Competition, Borneo Talent Awards and finally the Malaysian Championship Of Performing Arts where he was suddenly struck by inspiration to make his performance more interesting, and this took him straight to the finals.

4. He wanted to be unique, so he started playing blindfolded and on another occasion, with two guitars simultaneously 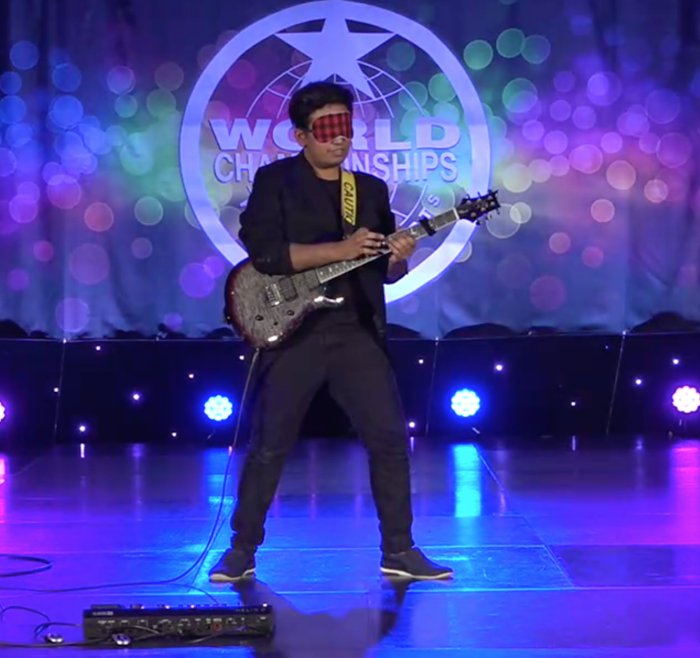 With the $3,000 (RM12,400) scholarship awarded when he made the finals in the Malaysian Championship Of Performing Arts, he travelled to the US to represent Team Malaysia. During this time, he competed in all the instrumental categories except one.

This was when he started playing blindfolded on the guitar fretboard and also played with two guitars at the same time as he wanted to stand out from the crowd. It only took weeks for him to perfect the routine but it certainly wasn’t easy. His performances were a crowd favourite and he managed to advance to the semi-finals. Unfortunately, he could not go on to the finals but managed to bag four medals, which were the most out of anybody in Team Malaysia. 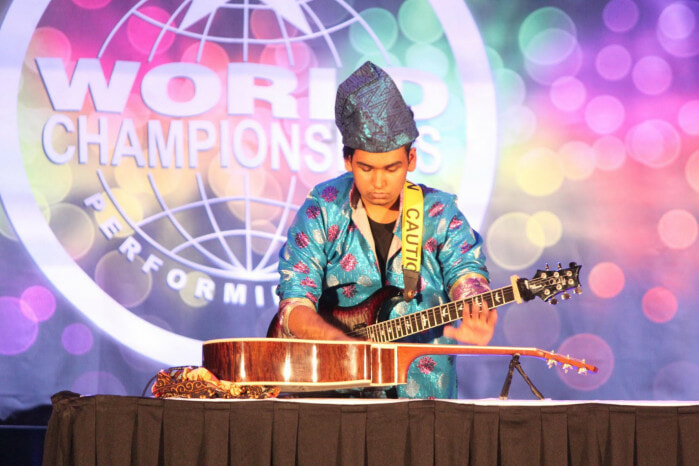 “I felt like I had let Malaysia down when I did not manage to be in the finals but was grateful that I scored a silver medal in the classical category and gold in contemporary, open and original works categories. In addition, I was also awarded as one of the Champions of the World award in the Instrumental section and was proud that I had brought some glory to Malaysia,” he said.

5. Vishal hopes to encourage other young Malaysians to pursue their dreams 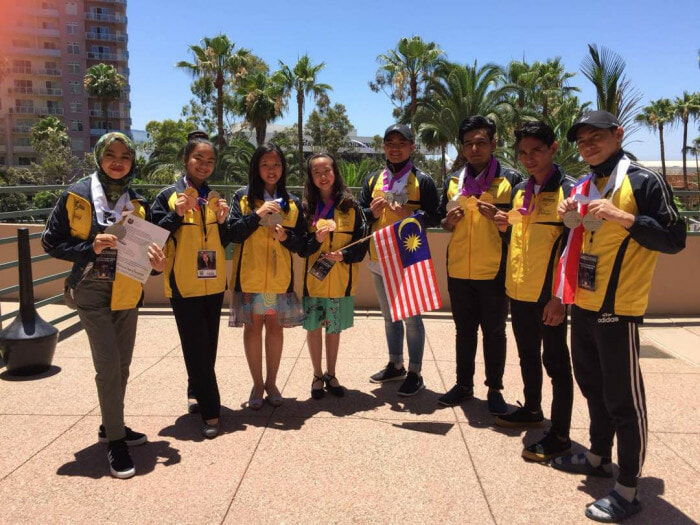 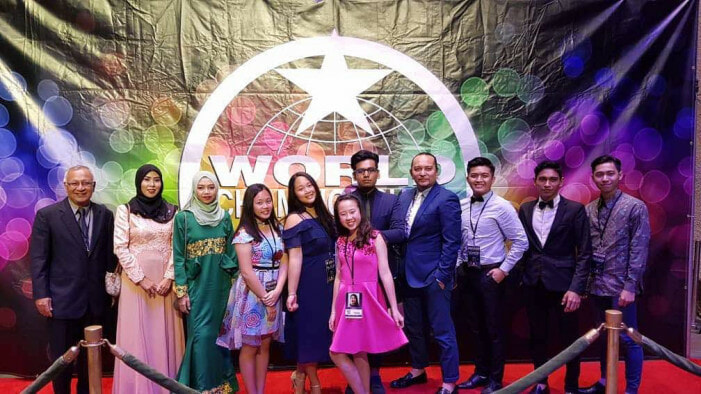 With a few notable accolades under his belt, Vishal is ambitious and wants to take it even further by building upon his double guitar playing skills as not many people are able to do it. He plans to apply to a prestigious music school to get professional training and join more world championships to bring more recognition to Malaysia.

However, he does have some words of advice to other youngsters who want to pursue their dreams. He said, “My advice is to not be afraid of realising what you want to do. So many kids are too afraid to pursue something ‘impractical’ like music as they’re afraid of what other people would think or they worry what their parents would say. They think that hobbies like these won’t get them anywhere so it’s important that they always try to put themselves out there and try to get noticed. It will never be easy at the start but persevere and you will get where you want to!” 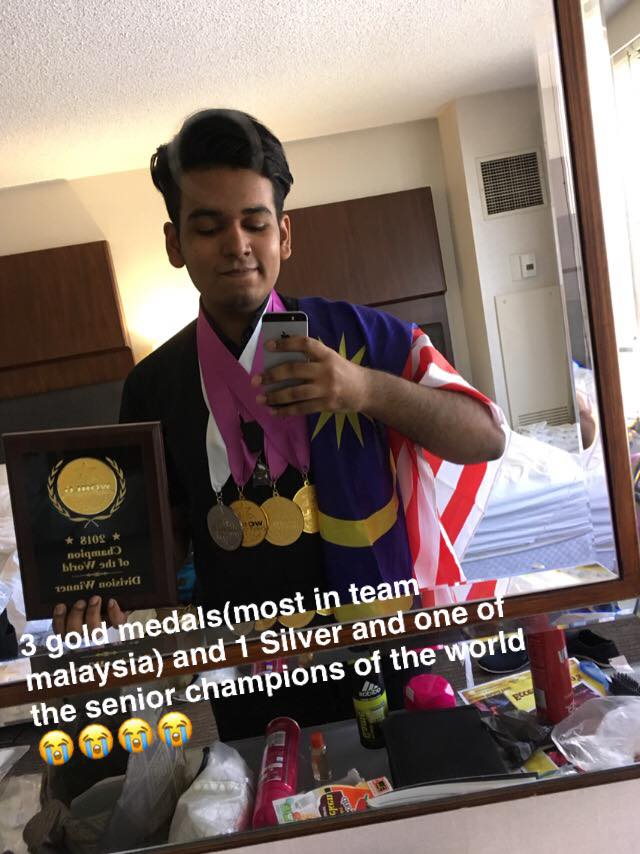 Although this young man never expected that he could earn recognition on the world stage, he is determined to work hard so that he can be a more accomplished musician in the future. He started it as a hobby and did not expect that it would be able to bring him fame along the way. This just shows that pursuing a hobby is not always a waste of time!

Well, we’re certainly inspired by his story to pursue our dreams! What about you? 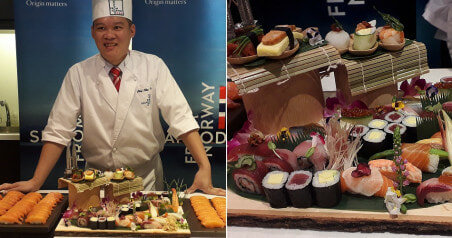