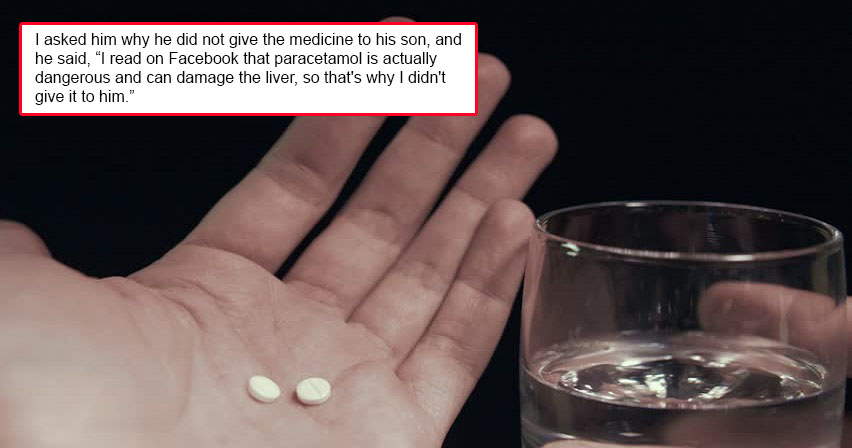 Earlier this week, Dr Ahmad Zakmi Abdullah, at Universiti Kebangsaan Malaysia Medical Centre (PPUKM), shared a recent experience he had with a patient while working in the accident and emergency (A&E) department. The Facebook post, which has since gone viral, garnered over 1,400 shares and has gotten many Malaysian netizens thinking twice about what they read online.

“A distressed and panicked man was holding his 4-year-old son in the red zone of the A&E. He called out, ‘Doctor, help! My son is having a seizure’. ”

“The young boy was unconscious and seizing, with his arms up in the air and foaming at the mouth. I immediately went over to give him emergency anti-seizure medicine.” 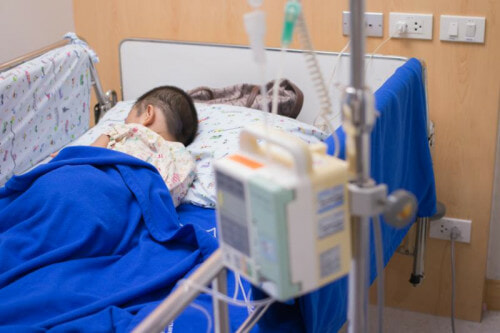 “As soon as the medicine was given, we checked all of his vital signs. The boy’s blood pressure was stable but had a very high heart rate of 140 beats per minute. It was then that I found out the boy had a high fever of 39.8 degrees celsius.”

Dr Ahmad shared that he administered 250 milligrammes (mg) of paracetamol suppositories via the young boy’s rectum to quickly treat his high fever.

About 20 minutes after that, the young boy was stable and looked much better. According to his post, the young boy suffered complex febrile seizures, which can occur during a very high fever.

“I asked the boy’s father, ‘He’s had this fever for two days. Didn’t you give him paracetamol before this, sir?’. The father said, ‘No, doctor. Yesterday, we went to a clinic and the doctor there prescribed paracetamol, but we did not give it to him’.”

“I then asked him why he did not give the medicine to his son, and he said, ‘I read on Facebook that paracetamol is actually dangerous and can damage the liver, so that’s why I didn’t give it to him’. He then showed me a screenshot of the Facebook post he was referring to.”

He was understandably shocked by what the boy’s father told him, and wanted to spread awareness regarding this misconception. He continued,

“Paracetamol/acetaminophen, otherwise known as Panadol (a popular brand), is taken according to a dose that’s been prescribed by a doctor or pharmacist and is safe to consume. The maximum amount you can take is 4 grams a day (1 tablet is 500 milligrams, so 4 grams is equivalent to 8 tablets). This dose is NOT toxic and will NOT cause liver damage.”

“The Drug Aministration (FDA) has also noted that 4 grams of paracetamol every 24 hours is safe. All of this has already been proven by many in-depth studies.”

He then listed out appropriate dosages depending on weight and age;

“Paracetamol is used to treat fever, and is also the safest painkiller to take, especially for children, mothers who are either pregnant or breastfeeding, and the elderly.” 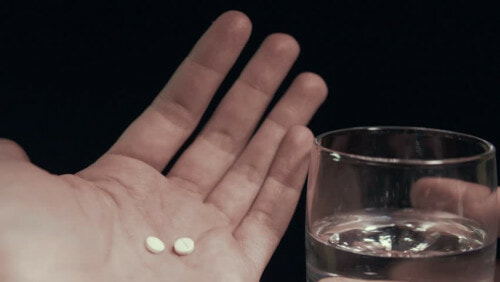 “For panadol to be considered toxic to the liver, the dosage will actually have to be more than 10g (about 20 pills) or 200mg per kg.  It’s quite rare to encounter a case like this, but if there are cases of people overdosing (whether accidental or not), they are usually treated with N-acetylcysteine (NAC).”

“There are studies that show out of 275 patients that suffer liver failure from paracetamol overdose, 178 of them (65 per cent) were treated and recovered, 74 (27 per cent) died without undergoing liver transplant, and 23 (8 per cent) underwent transplants.”

“If you suffer from G6PD deficiency, kidney or liver problems, or allergies, then seek your doctor’s advice before considering taking paracetamol.”

“I posted this because I want to raise awareness and make sure netizens don’t simply spread inaccurate facts about paracetamol on social media. It will needlessly cause panic in the community and will make them want to avoid taking this medicine even when they need it.”

“Of course, I’m not saying you should take paracetamol like how we eat rice every day, but take it when it’s necessary.”

Remember, don’t always trust what’s out there on social media. If you’re uncertain about the safety of a particular drug, talk to your doctor about it and get their expert advice!

Also read: Hospital Goes Viral for Not Having Chairs for Visitors, Malaysian Doctor Explains Why 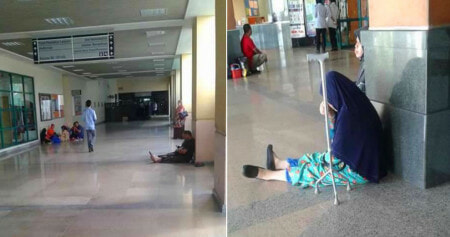