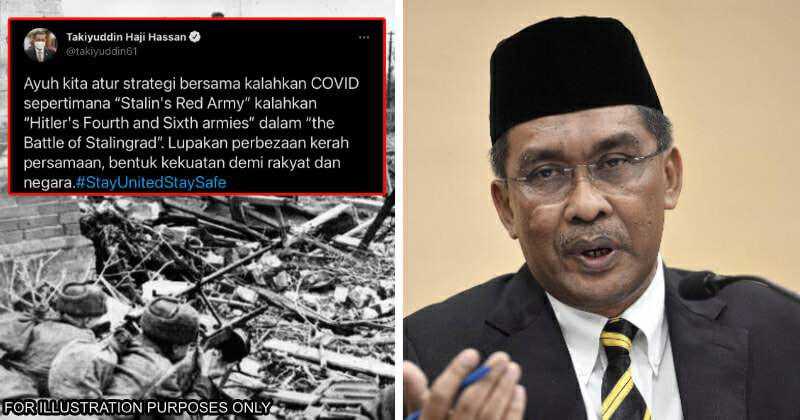 In an effort to unite Malaysians agaisnt the scathing Covid-19 pandemic, de facto Law Minister, Datuk Seri Takiyuddin bin Hassan made a rather interesting statement last Thursday (15 July 2021). Taking to Twitter, the PAS veteran urged the rakyat to plan a strategy to defeat Covid-19 similar to how the Soviet Communists defeated the Nazis in the Battle of Stalingrad.

“Let us plan a strategy to defeat Covid-19 like how ‘Stalin’s Red Army’ defeated ‘Hitler’s Fourth and Sixth armies’ in ‘the Battle of Stalingrad’. Forget our differences, work on unity, develop strength for the people and nation.”

In case you didn’t know, the Battle of Stalingrad is one of the most pivotal and bloodiest battles in World War 2 (WW2). It was the first failure of the Axis powers to be publicly acknowledged by Adolf Hitler and is historically marked as the turning of the war’s tide in favour of the Allies. 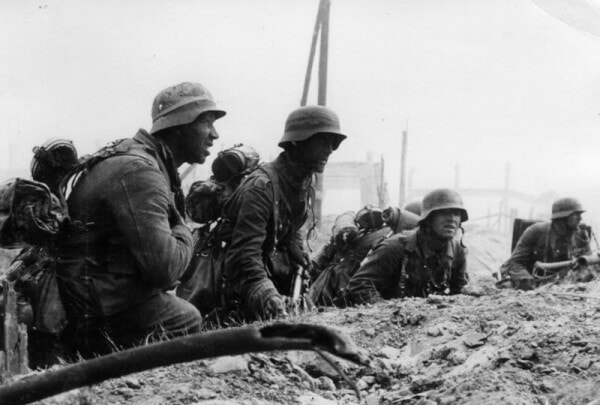 German infantry in position for an attack during the battle of stalingrad. 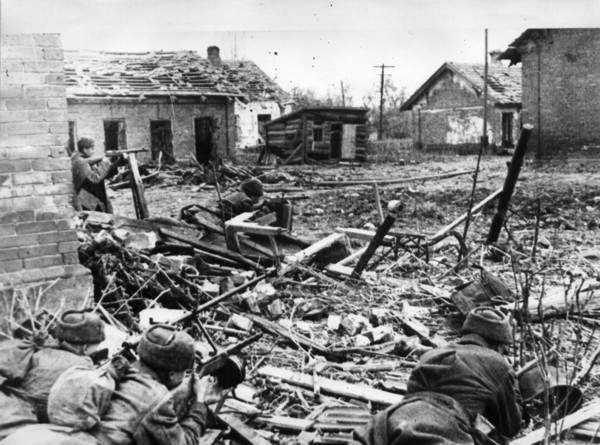 Soviets preparing to ward off german assault in stalingrad’s suburbs.

The battle was also infamous for the Soviet’s strategy of saving food supplies instead of their own people. Therefore, many have found the statement by Takiyuddin to be rather inappropriate given the current circumstances in Malaysia.

Moreover, considering that Stalin is one of the most prominent communists figures in history, drawing inspiration from the late Soviet leader is questionable given Malaysia’s own bloody history with communism.

Nevertheless, the latter part of Takiyuddin’s statement is definitely something all Malaysians can agree with. In our war against Covid-19, it is important for all Malaysians to forget our differences and to stay united and safe against the virus.

What do you guys think of the Law Minister’s statement? Share your thoughts with us in the comments. 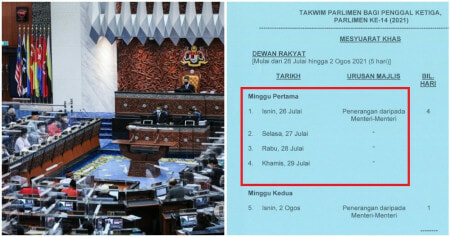