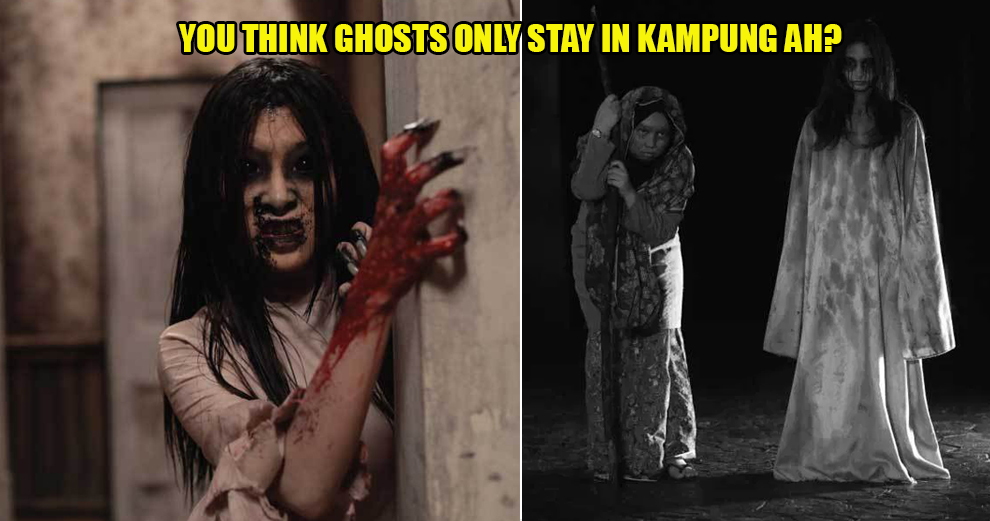 If you think ghosts only kacau you in kampungs, old roads and abandoned buildings, then think again! We’ve compiled a few stories of alleged hauntings that happened within Klang Valley that we wholeheartedly advise you not to read alone below: 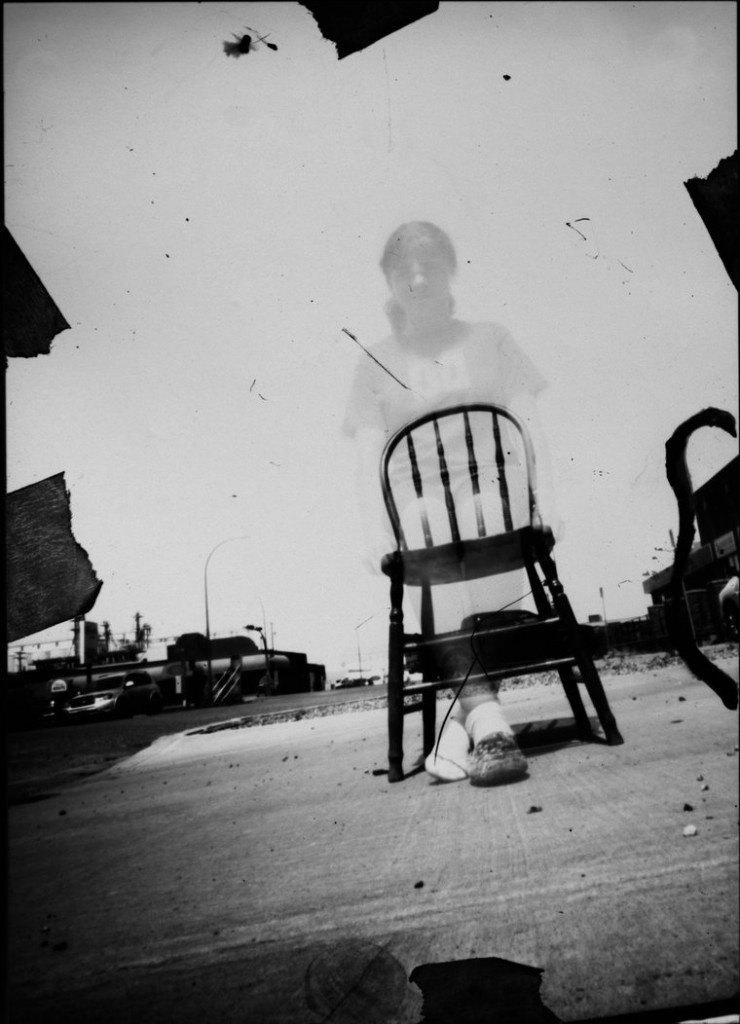 Location: A residence area near Subang

“After my maternal grandmother passed away last year, I came into possession of a very old wicker chair left by her. It’s still in good condition, and it reminds me of popo so I didn’t think twice when I took it in. On the second night of the chair being in my living room, I heard a huge bumping sound coming from the far right corner above the living room. It’s as if something had dropped in the room upstairs, but the sound didn’t stop there…

“What continued was a loud rolling sound, like a bowling ball being dragged on the floor above me. Then, abruptly it stopped! At the exact location directly above my head. An overwhelming fear set throughout my body… I stood up immediately and tried to calm my nerves. Suddenly I had a sudden urge to turn my gaze onto popo‘s wicker chair as if my instincts were screaming that there was something there!

“I still can’t get the image of that ‘thing‘ out of my head. ‘It’ was ducking itself behind popo‘s wicker chair as if there was another being more sinister above us that it’s scared of! It was a little black thing with two pinprick eyes and a mouth that looked like it was sewn shut. But its arms! Its long dangly arms are something I could never forget! There were tooth-like objects growing on it like mushrooms! I only had a brief look before fear consumed me and I fainted.” 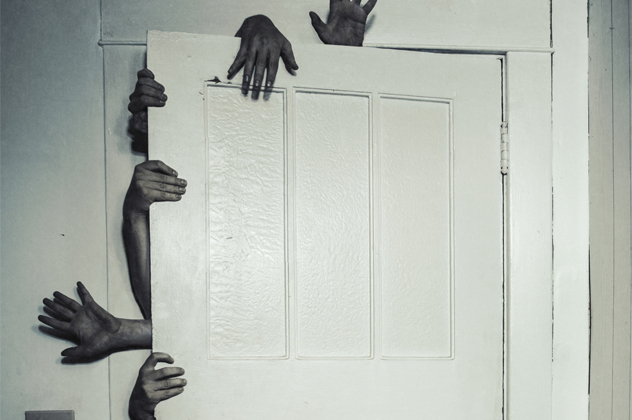 “My buddy used to rent a room in an apartment nearby Endah Parade. His unit had 3 bedrooms, one of which had a built-in wardrobe. A lady rented the room with the wardrobe and was given strict instructions to leave the lights on whenever she sleeps at night by the landlord. Apparently, the landlord has been getting complaints from the previous tenant about “rat noises” or very fast scratching sounds. However, these noises won’t appear when the lights were on.

“The first night, the lady experienced nothing, as she had kept the lights on, just as the landlord asked. The second night, however, she went to bed without bothering to flick the light switch under her bedframe. Come dawn, she came frantically knocking on my friend’s bedroom door, asking him to help her open her wardrobe. She was highly suspicious that there was probably a nest of.. something, because for the whole night she could hear not just scratching but “violent rattling, vibrating and a long, wet slapping sound that went from the ground to the top of the ceiling“. They both went into the room, opened the wardrobe and found nothing. Everything was untouched!

“The lady eventually moved out and a new lady moved in, a very Christian 20-something from Indonesia. This new flatmate has yet to experience anything, presumably because of the new nightlight she brought in to plug into the wall socket next to her bed. Although, once in a while she does complain of an odd feeling like someone is watching her in her own room.” 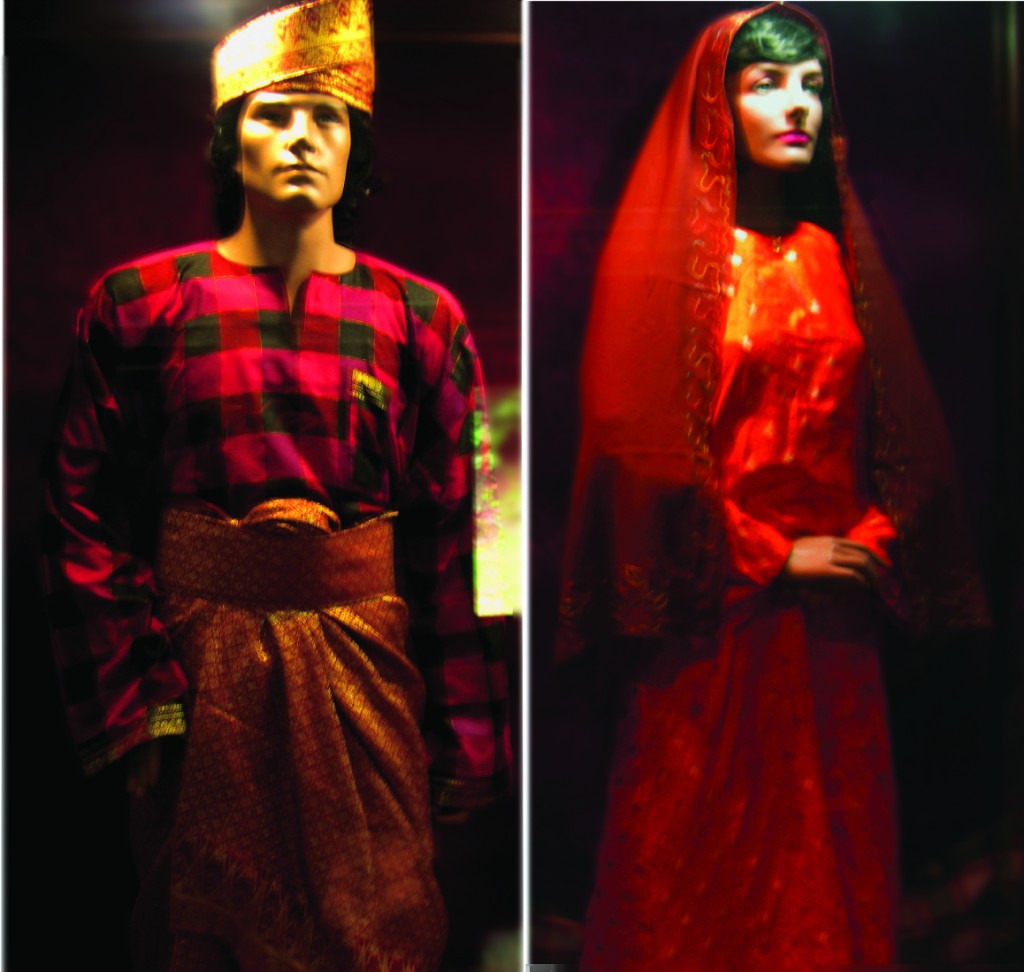 “I’ve always heard rumours that my faculty is haunted. Maybe the huge Chinese cemetery right beside it played a part, I don’t know. Besides that, we also had a museum with traditional Malay culture on display inside the faculty.

“It all started when I joined a classical Malay theatre production. We managed to borrow traditional clothes from our faculty’s museum and when I wore this red baju melayu during the performance, I felt possessed; in a good way! It was as if I had transformed into the character himself and could feel all his angst flowing through my veins! In a fit of rage during my monologue, I went overboard and accidentally ripped a button off the red baju melayu. Whoops. I didn’t think much of it when I returned it back to the museum and the person in charge didn’t even notice it was missing.

“That night back in my hostel, however, I could feel something amiss. I got this strange feeling that I was being watched. When I tried to sleep, I felt restless, delirious and I was sweating. That’s when that thing came. A mannequin-like creature wearing the red baju melayu was standing in front of my hostel door! I could hear a voice inside my head screeching pulangkan... I stayed up all night till sunrise.” 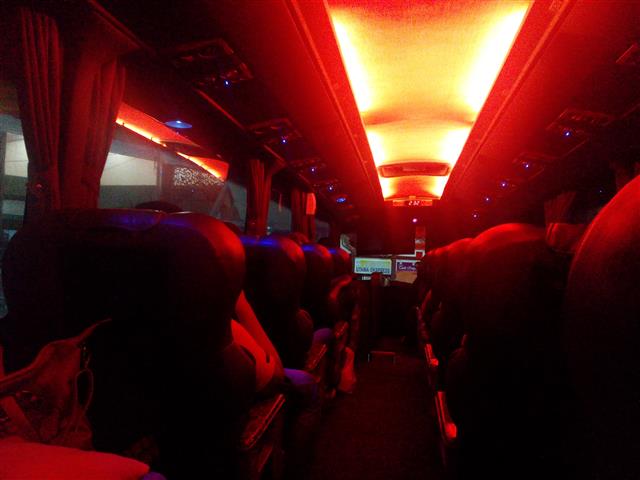 Location: A university near Bangi

“When I first entered Uni, my seniors told me a rather odd piece of advice. “Do not board our Uni Bus if you come across it roaming the stops past midnight.” Well, this one night my debate practice ended late, around 12.30am, and it was quite far from our hostel. We decided to walk when we noticed there was a Uni Bus parked at a bus stop nearby. We hurried over to ride the bus, but something was not quite right about it.

“Firstly, the driver didn’t look at us the whole time; as if he was scared of us or something! Another thing was the unusual uniformity of everyone inside. Practically everyone wore the same shirt and had the same haircut. It was so bizarre! They were so quiet the whole time that it kinda creeped us out. The whole ride was also bizarrely long, I mean, it usually takes 15 minutes to reach our hostel but that night it felt like hours!

“Out of a sudden, the driver stopped at the same exact bus stop we boarded and shouted at us to get down! When we did, we were at the same bus stop in the first place! And when we looked at the clock it was only 12.45am even though we could’ve sworn we were in the bus for hours! What?”

Like these stories? Or were they too tame for your liking? Such a brave soul you are!

Well, if you want to experience true horror, you can head to Sunway Lagoon for their annual Nights of Fright event this Halloween!

It’s the final weekend for you to join Nights of Fright 6! Malaysia’s Premier Festival of Fear is back SCARIER THAN EVER to haunt you the entire month of Halloween! 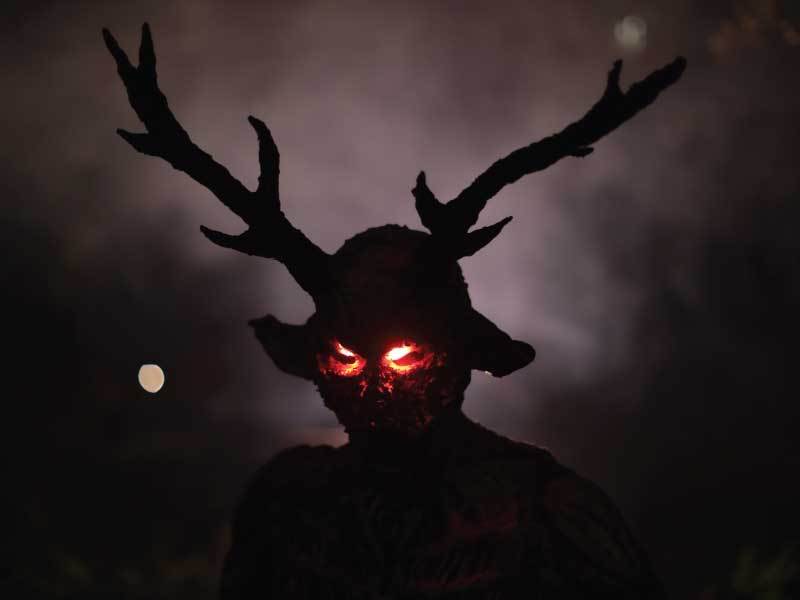 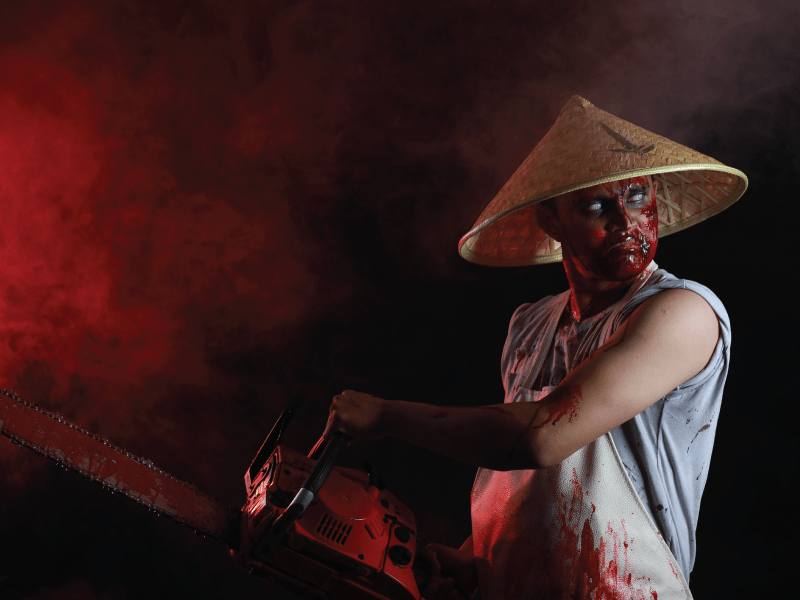 This time around, enjoy a bloody good time at a slew of terrifying haunted houses, thrill rides and more such as: 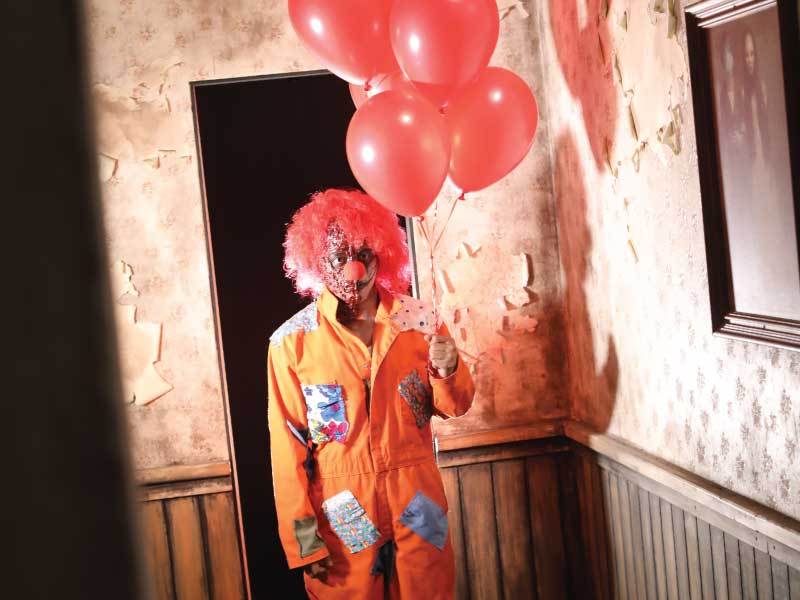 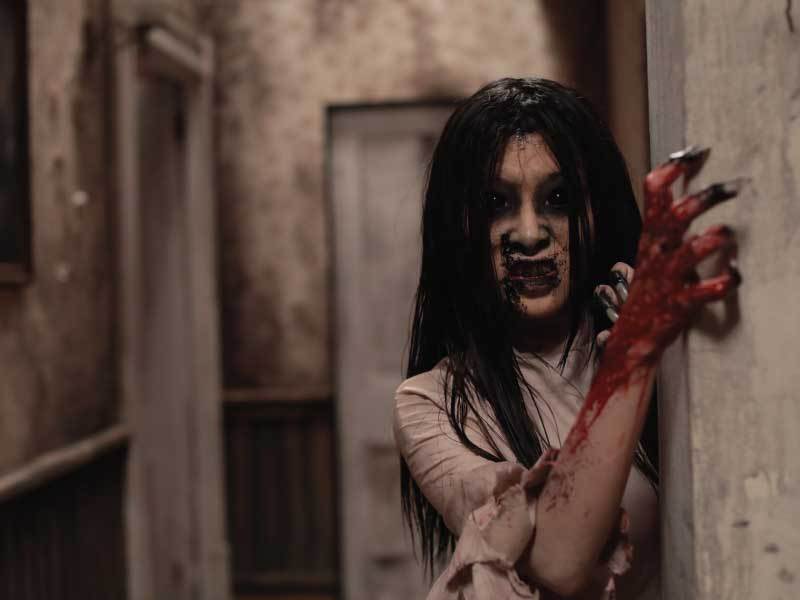 Well if you want to FACE THE FEAR, this is your final chance as this coming weekend will be the FINAL WEEKEND for you to experience Sunway Lagoon’s Nights of Fright 6!

Exclusive for WOB readers, we’re doing a ticket giveaway on our facebook page here where you can win them for free! Better hurry up however as the contest ends 25th of October! 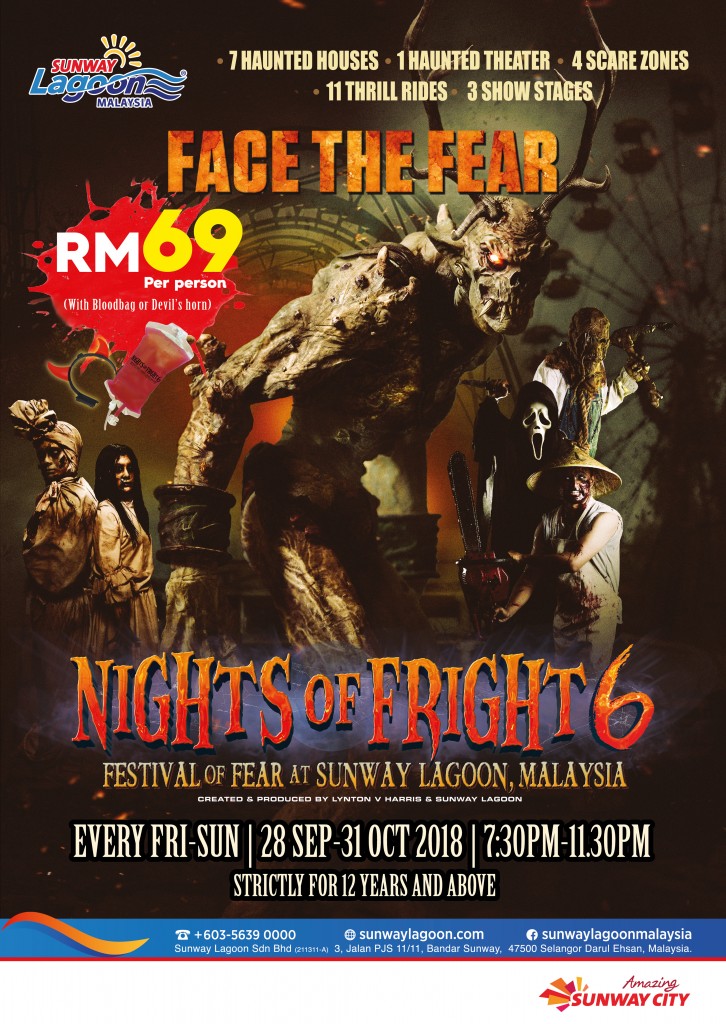 Don’t miss your chance to experience the scariest Halloween event in Malaysia at the final weekend of Sunway Lagoon’s Nights of Fright 6!

Grab your tickets here now! We’re dying to see you there! 🙂