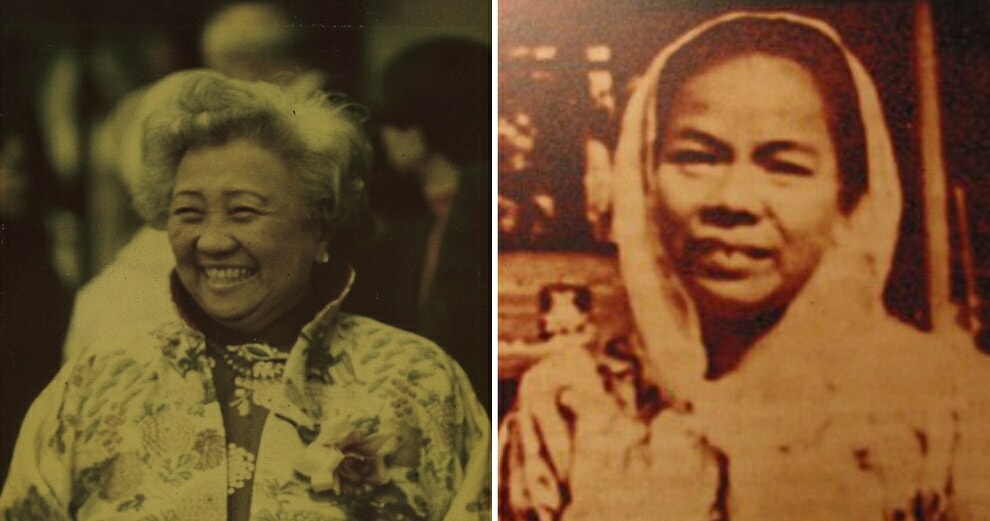 Remember when you studied Sejarah in school? Which historical figures did you remember learning about? How many of them were women?

Sadly, not many people know that many women played just as important of a role as men in history. Not just in Malaysia, but the whole world. We need to educate ourselves more, wei!

In the spirit of this coming Malaysia Day, we thought of highlighting just some of the important women who helped shaped Malaysia into what it is today and broke boundaries. Don’t know any of these women? Well, now’s the best time to learn about them!

This woman definitely paved the way for women’s rights in Malaysia, as well as our independence. 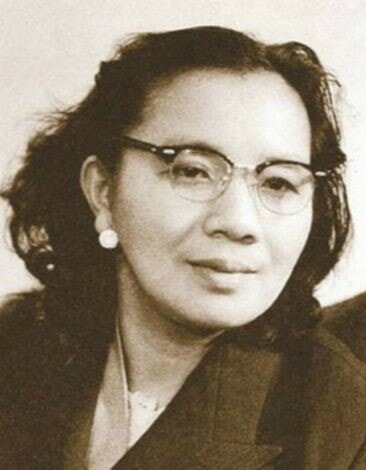 Fakeh faced a lot of hardships in her early life, suffering multiple miscarriages during her first marriage among other tragedies and obstacles.

In the 1940s, Fakeh joined Parti Kebangsaan Melayu Malaya (PKMM), or the Malay Nationalist Party, as she believed it was more dedicated to the cause of gaining independence from the British. In 1946, she began leading PKMM’s women’s wing, AWAS.

In 1948, PKMM and its affiliated parties were banned from the country, right before the Malayan Emergency started. This was when many Malay nationalists were being arrested, causing Fakeh to flee to the jungles and join the Malayan People’s Liberation Army run by CPM operating from Temerloh, Pahang.

Fakeh continued to fight in the resistance until she and her husband were sent to China. They later went to Indonesia in 1965 to spread the nationalist sentiment among the other colonised countries. However, later that year, they were arrested in Indonesia during an anti-communist purge. 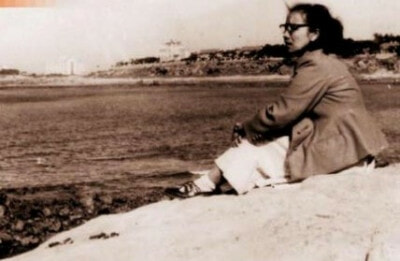 They were released two years later in 1967, when they returned to China and worked at a steel factory.

Shamsiah Fakeh remains one of the most important women in Malaysian history, and her story of undying perseverance in the face of colonialism is definitely one to never be forgotten!

Never heard of her? Well this woman is definitely one-of-a-kind, especially for her time!

A. Chandramalar (Chandra for short), was the first Malaysian policewoman to head the Anti-Vice Branch in Penang’s police headquarters. 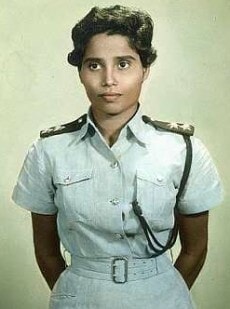 Born in Sri Lanka, her family moved to Malaysia, where she grew up in Kluang. Chandra’s first job was as a primary school teacher. However, she yearned for a more thrilling and challenging career. That was when she decided to join the police force and became a probationary inspector in 1960, believing that if men could do it, so could women.

That was when she worked up the ranks and eventually became head of the Anti-Vice Branch in Penang, where she investigated cases that involved gambling, prostitution, and drugs.

Chandra along with her fellow policemen, would raid about 200 brothels and gambling dens a month. Sometimes, her job required her to go undercover as a gambler, and even as a prostitute a few times so she could arrest gamblers and traffickers! Walao!

“You know, men hate to be walloped by women, especially Indian women, but criminals are very respectful when they know you are not corrupt,” Chandra, who is now in her 70s, told The Star.

In 1974, she was one of the two Malaysian police officers sent to the International Police Academy in Washington D.C., United States, to attend a course about police management. 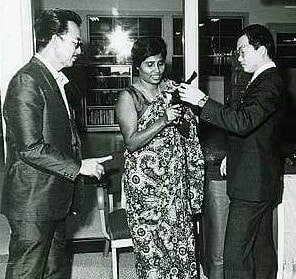 She gradually received more promotions due to her excellent service, and ultimately retired in 1994 with the rank of Assistant Commissioner of Police, making her the first non-Malay woman to ever earn that rank.

What a kick-ass woman!

Lim Beng Hong, most often referred to as Mrs B.H. Oon, was a Malaysian lawyer, who was the first ethnic-Chinese and Malayan woman to ever be called to the English Bar in 1926. She was called to the bar at the same time as her brother.

Originally from Penang, Oon studied at St. George’s Girl School before pursuing law. After she qualified as a barrister in 1926, she worked as a lawyer at her own practice for 50 years. 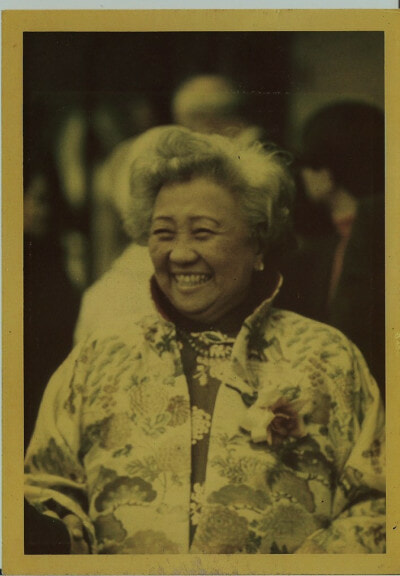 On top of that, she was also the first woman lawmaker in Malaya and the first female representative on the Federation of Malaya Legislative Council in 1946, where she was heavily involved in discussing nation-building prior to our independence from the British. Yup, she helped us achieve independence!

Oon was also one of the co-founders of the Malayan Chinese Association (MCA). She became a councillor in Butterworth from 1954 to 1957 and initiated a Women’s Charter that was included in the Pan-Malayan Labour Party’s manifesto.

In 1971, she received the honour of becoming president of the International Federation of Women Lawyers at 72 years old. Wah!

She passed away in 1979, but her legacy undoubtedly remains to this day.

Khadijah Sidek was a notable figure in the United Malay National Organisation (UMNO)’s early history, and was a strong advocate for women’s rights, speaking out for educating young girls.

Born in Indonesia in 1918, Sidek moved to Singapore in 1946 after marrying a Malayan citizen. She became incredibly disturbed by how much women were oppressed, which was when she decided to help underprivileged women without much education by teaching them essential skills and even making them politically aware.

However, in 1948, she was imprisoned by the British for being affiliated with the women’s welfare group, the Indonesian and Malay Women’s Assembly (HIMWIM), to help empower Malay-Indonesian women in Singapore. She even gave birth while in prison! 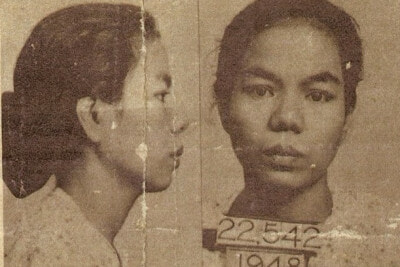 Sidek was released in 1950 and exiled from Singapore. She was also given a detention order to remain in Johor for 10 years.

She was invited to join UMNO with the support of Tunku Abdul Rahman in 1953, where she surveyed the condition of Malay women in Johor Bahru during the British rule. Later that year, she became a member of UMNO’s congress in Malacca, where she proposed to increase the number of women in the congress. However, her proposal was received with anger and disgust by her male colleagues.

In October 1954, she was elected leader of Kaum Ibu UMNO. She was often seen as a troublemaker for constantly asking for more women to be represented, believing that there were many barriers preventing women from participating in politics. However, because of her involvement in politics, nearly 10,000 women were inspired to join UMNO to help achieve independence. Wah! 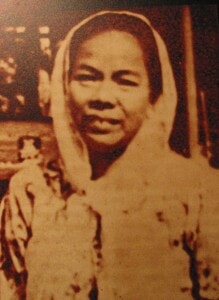 She was even expelled from UMNO for challenging the sexism within the party. However, in 1955, she was appointed by Tunku Abdul Rahman on one of the seats on the Federal Legislative Council, making her the only woman on the council. She was eventually dismissed from UMNO in 1956.

Khadijah Sidek remained incredibly vocal and adamant about women’s rights and gender equality despite facing expulsion and ridicule from her colleagues. What a brave woman!

So, we hope you learnt something from this. Women are just as important as men, and for the sake of our future generations, we should do our best to pass down their stories as well as those of men! 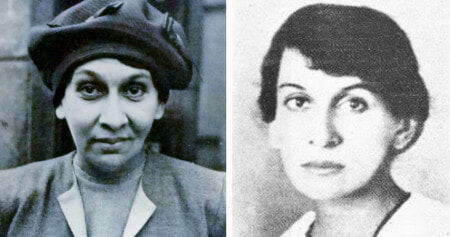