Rescue missions are never easy as many lives could be at stake. Any slight delay from the rescue team could have a drastic effect on whether the victims of the tragedy survive their ordeal, and it’s always a huge relief when they are able to pull the rescue off with little to no casualties.

However, this wasn’t the case for a two-year-old boy from India who got stuck in a narrow well for more than four days. He was only pulled out of the well on Tuesday (11th June) after many attempts, but the rescue mission was ultimately unsuccessful as the boy was already dead, according to CNA.

Identified as Fatehveer Singh, the toddler was playing around the area in the Punjab state district of Sangrur on Thursday (6th June) when he fell into the 33m deep well. However, the well only measured 23cm wide, which was a huge obstacle for the dozens of rescue workers and volunteers.

The accident captured national attention, with locals and television cameras arriving at the scene to watch the rescue attempt.

“The child is not alive anymore. He was pulled out at 5 in the morning by the NDRF (National Disaster Response Force) personnel,” state lawmaker Vijay Inder Singla said.

Rescue workers attempted to reach the child by digging a hole parallel to the well and fitting a 91cm wide pipe into it, but unfortunately, they were much too late as he only had oxygen supply but no food or water to survive on during the four days. He was taken by an air ambulance to a hospital in the capital Chandigarh, where he was pronounced dead.

Residents in the area were outraged at the failed attempt of the rescue team and shouted slogans against the state government. Protesters also gathered there, which caused the main road to be blocked, but were soon dispersed when the police were deployed.

One of the residents, Kultar Singh, told the local media that the rescue mission was “delayed due to lack of required technical assistance”. 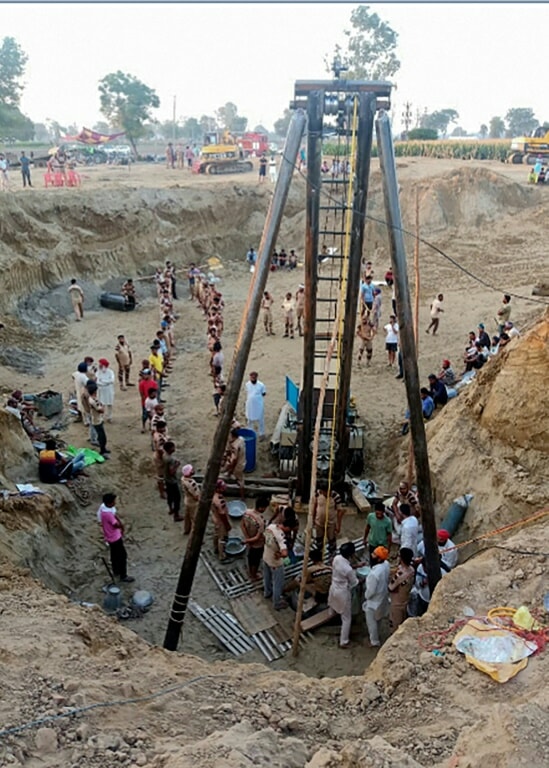 The well was apparently dug by the boy’s family back in 1984, and stored water used to irrigate the fields. However, they stopped using it after 1991.

Punjab Chief Minister Amarinder Singh has ordered a crackdown on open wells across the state.

“Very sad to hear about the tragic death of young Fatehveer,” he said.

“Have sought reports from all DCs (deputy commissioners) regarding any open bore well so that such terrible accidents can be prevented in the future.”

RIP dear Fatehveer. Hopefully the authorities will do something about all the open wells out there so that accidents like this won’t happen again.

Also read: 70yo Man Trapped In A Well For 37 Hours, Drank Dirty Water and Ate A Live Frog To Survive 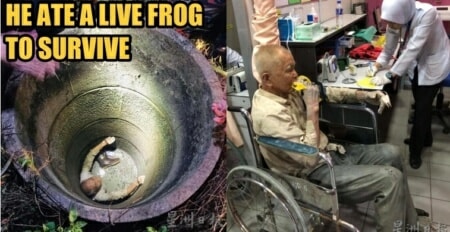