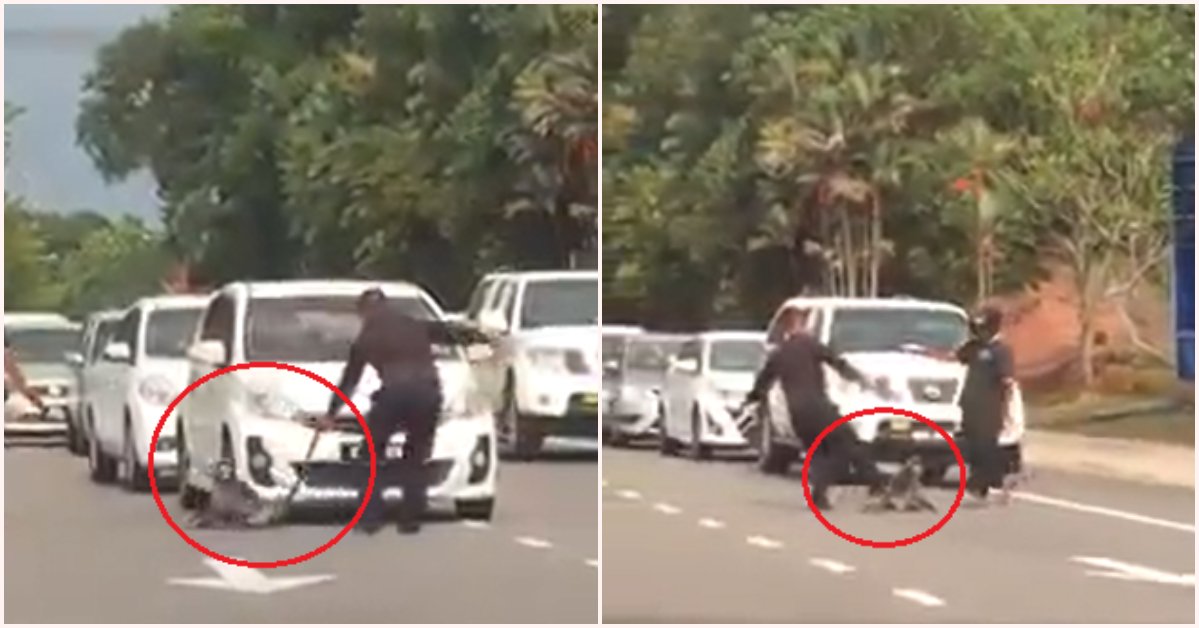 It’s only normal for animals to cross roads, especially if the area was a jungle before development.

Hence, people are always reminded to be careful on the roads to ensure they don’t hit any wildlife crossing. But what happens when an animal has been hit and is in the middle of the road?

The Malaysia Animal Association took to their Facebook page to showcase a video from Melaka, of two men trying to move an injured monkey from the middle of the road. Though, instead of being patient with the poor, scared monkey, they dragged it by its tail and even kicked it at one point, possibly causing further injuries to the monkey.

They wrote, “Wanting to move an injured monkey off of the road for the sake of road users is a noble move. But, the welfare of the monkey should be considered. If there are no professionals with the concern for safety and injury, please involve the Department of Wildlife and National Parks or the Civilian Defense Force to help and save the injured monkey on the road. Such methods of chasing away the monkey by dragging and kicking it can add to its physical and mental injuries.”

In the video, one man can be seen pulling and dragging the monkey while another man swung his arms to chase the monkey away. Probably because it can barely take the pain from its injuries, the monkey then stops in the middle of the road on another lane.

Getting impatient with the monkey, one of them then kicked the monkey in an effort to force it off the road.

The poor monkey is clearly in pain due to its injuries and yet he had the heart to kick it.

Eventually, they dragged the monkey by its tail all the way up to the side walk, waving proudly as drivers and passengers praised and high five-d them from their cars despite how cruel they were to the poor monkey.

We genuinely hope that the monkey is okay and healing from its injuries. We hope that the next time an animal gets caught between the road and cars, road users will call the authorities who have standard procedures on how to gently handle such cases instead of taking the matter into their own hands and disrespecting the animal like that.

Malaysia Animal Association’s video has since garnered over 204 shares.

Seen a similar incident? Let us know in the comments section. 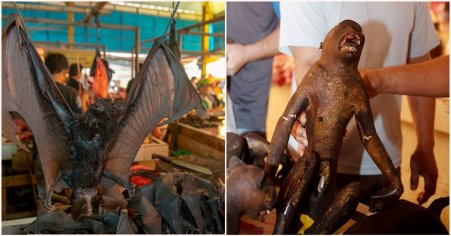