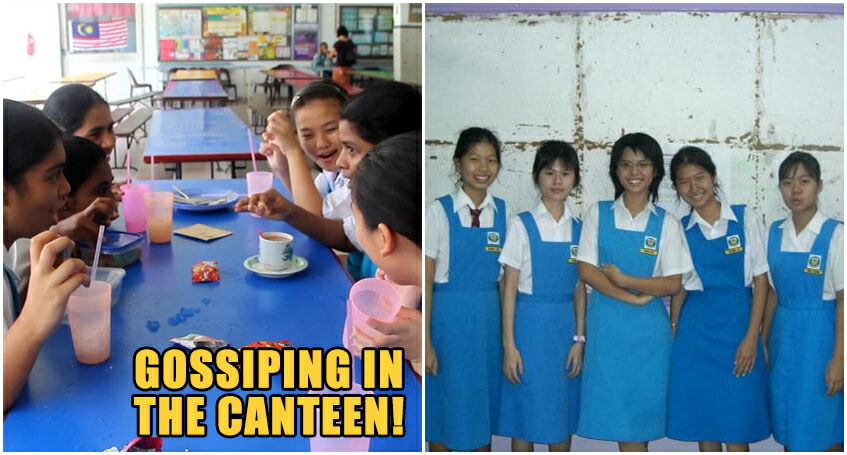 It’s been a while since you’ve graduated from your all-girls school and you’re at work. While scrolling through Facebook on your break, you receive a message from an old friend inviting you to her wedding and you can’t help looking back on the good times. Well, here’s the perfect throwback post to accompany those fond memories!

Your friends did it to you and you did it to them because it was funny, that’s it. Sometimes, you just wanted to laugh at how your friend had to hold back a scream in the middle of class. But when she retaliated, padan muka lah!

There was always an unsaid mutual understanding between you and your friends when it was about your monthly visitor. However, there was never a need to worry about not having a pad because you could always just shout out loud in the classroom to ask for one. Being able to walk to the toilet without having to hide the pad in your hand was so freeing, too. After all, why do we need to be embarrassed about it when there’s no boys around?

Being more open with girl-talks

Being in an all-girls school meant there was a lot of freedom to discuss puberty and what it does to girls. Without any boys around, you and your friends didn’t need to be embarrassed about discussing sensitive topics in class!

Daring to change in the classroom before and after PE

Since everyone looked the same under their clothes, there was no need to rush to the dirty school bathrooms to change before and after PE class. Someone would need to change first so they could jaga pintu, though! Later male teacher accidentally walk in how!

“Chatting” with the female teachers you were close to

You and your classmates would always anticipate the classes taught by the female teachers you were close to because it meant being able to sampat for the latest information. Once all of you were done with the work for the class, everyone was always eager to chat with the teacher. Can find out all the tea in the school easily!

Being worried about ghosts in the school

It didn’t matter whether or not there were actually ghosts, all the rumours going around the school or people claiming to have seen ghosts in the quieter areas of the school made you so scared, you and your friends always went to the toilet in pairs!

Rolling your eyes whenever you’re told to act “proper”

Every time there were visitors coming to the school, you would have to resist groaning out loud at the guru disiplin when they told everyone to act like “proper” ladies. What was the definition of being a proper lady anyway?

Having very specific rules regarding your attire

Rules about the most specific areas of your attire, such as the length of your socks to the type of watch you were wearing would be enforced so strictly. You understood it was to enforce discipline, but what for watch also need to so restrictive? 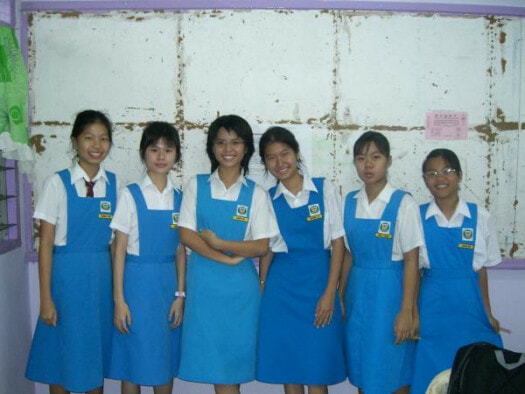 …And the “cool girls” not following these rules

These were usually the “cool seniors” who left their pinafore unbuckled and slightly unzipped, or have long fingernails just because they could. Many of these seniors sported “boyish” hairstyles too and some even wore slippers to school despite not having any obvious injuries! Some of these “cool girls” were even in girl gangs that did bad things like group bullying and extortion, so you avoided them like the plague. There was no need to involve yourself with them! 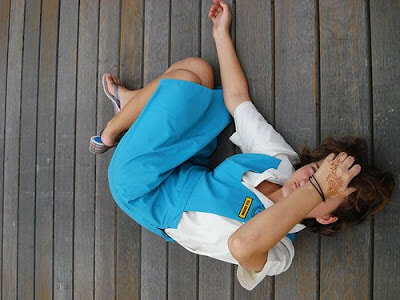 The high participation rate in events where male students were invited

Studying in an all-girls school meant always anticipating events where students from all-boys schools would be invited. Since there was the concept of sister-brother schools, these events were quite common but everyone in school would still be really eager to participate in these events! Hey, not like can see boys everyday also! 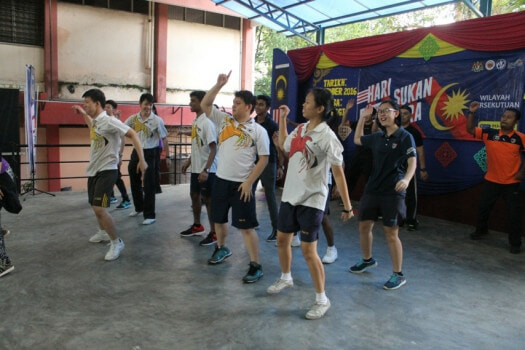 Having a boyfriend was a very big deal

Any time a girl from your school was seen acting close with a guy, it was always assumed that the person was her boyfriend. Then she would easily become the talk of the kantin! These people were insta-famous before Instagram even existed!

All those rumours about who was a lesbian

Hearing about who liking who despite being in an all-girls school was very common. Although no confirmations ever surfaced, there would always be two types of teachers: the ones that did not see it as anything serious and the ones that were insistent on it being a sin. The teachers that saw it as a sin would sometimes even offer “counselling” to these rumoured lesbians too!

The emphasis on girl power

Studying in an all-girls school instilled the values of gender equality and independence in you. Posters emphasizing the power that girls had made you really proud of yourself and made you believe you could do anything. It also taught you that gender wasn’t a deciding factor in what you can and cannot do. After all, girls have the power to do the same things boys can do!

Not understanding the labels your school was given

Nobody in your school knew how these labels came about. To most of the students in your school, these labels were around longer than they were. All you could do was explain to your relatives or cousins from other schools that no, you did not know why your school was called the nun school either.

Here’s a fun fact: All-girls schools might be called “nun schools” because convent schools refer to schools where many of the teachers are nuns!

We hope this list brought back fond memories for you. Let us know what you think of it in the comments!

Also read: Does Anyone Remember The ‘Kem Motivasi’ We Had At School? Netizens Think It’s F*cked Up 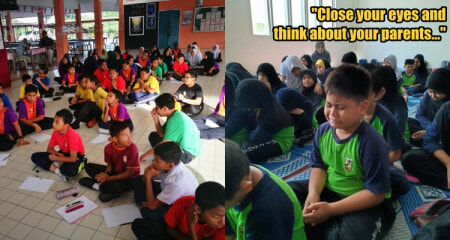