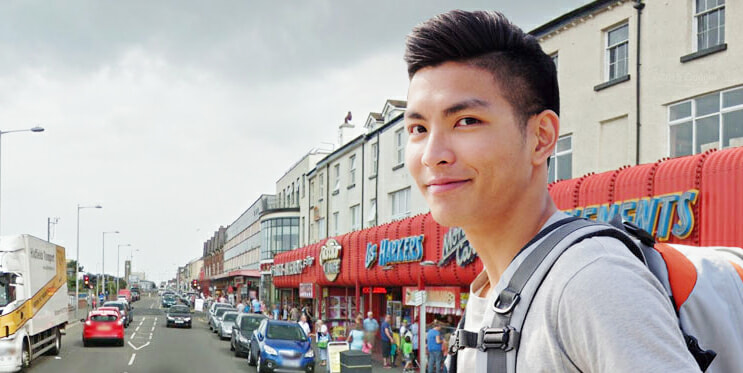 When it comes to complaints, Malaysians are no strangers. We LOVE complaining about everything – the silly corruption scandals, the lack of parking spots, the haze, the potholes that ruin our car tyres and many more. BUT we endure them all for the amazing Malaysian food, the mamaks, the heavenly beaches and the multilingual ability all at the same time. For those reasons, any disses on our nation will annoy us. We will NEVER tolerate remarks like these:

1. “Where exactly is Malaysia?”

I’ve heard this so often that I’ve given up explaining. Imagine the struggle of having to explain from scratch “the country above Singapore, below Thailand, and it has the shape of a banana/mango and dog” each time someone asks. What’s worse? People who knows where Singapore is but not Malaysia.

2. “Say something in Manglish!”

The endless struggle of constantly being asked to SAY SOMETHING in Manglish (Malaysian English) as if you’re some kind of performance monkey. Sigh……

When you actually do speak Manglish, but you get told that it sounds “WEIRD”. Now you’re stuck with not knowing how to respond because quite frankly, it feels a little offensive, so you pretend to smile awkwardly.

I AM MALAYSIAN – that is my nationality, not my race. To most people abroad, it’s surprising to them to realize Malaysia is home to all these beautiful races and ethnicity. Yes, Malaysia has plenty of races – Malay, Chinese, Indian and so on. Assuming all Malaysians are Malays is not a little ignorant, just as similarly if you assume any “white person” as an American!

Mind you, English is the first language for some Malaysians. Of course our English would be good! We were a British colony. In fact, it is a language spoken very widely in Malaysia. Yet, you still get the genuine surprised and confused look, followed by the remark, each time you speak English.

Being told frequently how “COOL” it is to speak multiple languages and having to smile and play along like you’re a special snowflake. But the thing is.. you DON’T FEEL SPECIAL – the world is more multilingual than it is monolingual and growing up in Malaysia has nominalized the whole multilingual frenzy.

Let’s be honest here, sometimes we get confused with the accent. Your Malaysian accent might appear every now and then. One minute you’ll be speaking in an American accent, the next minute British and the next minute Malaysian. It gets really confusing sometimes!

8. When you MUST revert to Manglish sometimes

Ever experience pronouncing something almost on reflex in the language that it is known from, rather than in the language you’re talking to someone in, and being called PRETENTIOUS? For example, saying “Orang Utan”, “Roti Canai” or “Nasi Lemak” in the Malay pronunciation rather than the English equivalent.

10. When people say, “Singapore is better than Malaysia”

Cleaner, safer, better… Yes we all know that. You don’t have to constantly remind us about their lower crime rates, stronger currency and punctual public transport. Trust me, we are all aware of that. BUT we still have better food than in Singapore okay!