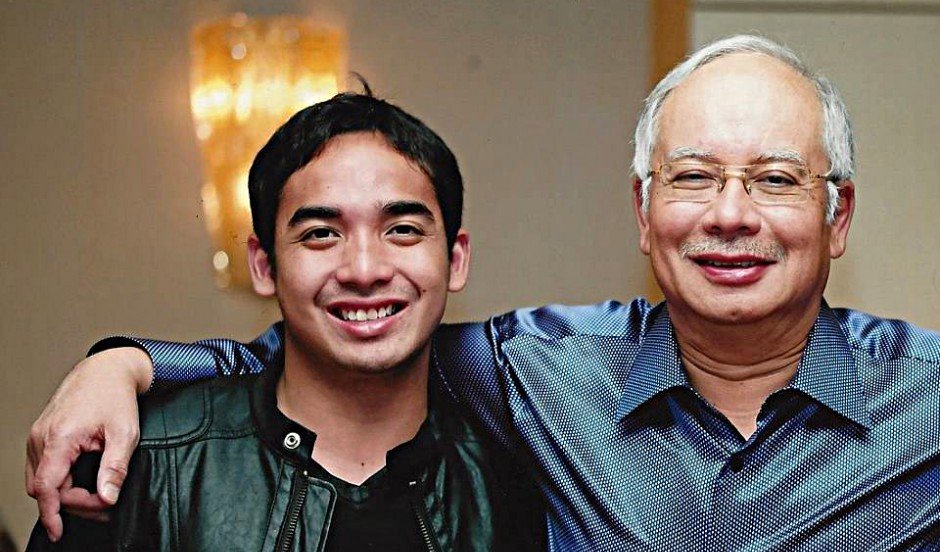 International guest DJ was set to play in Zouk Singapore last Saturday but a commotion was stirred that turned the night into a disappointment instead.

DJ Fadi, one of the two DJs that form Aly & Fila, was allegedly asked to end his set prematurely so that Najib’s son, Norashman Razak could perform instead. 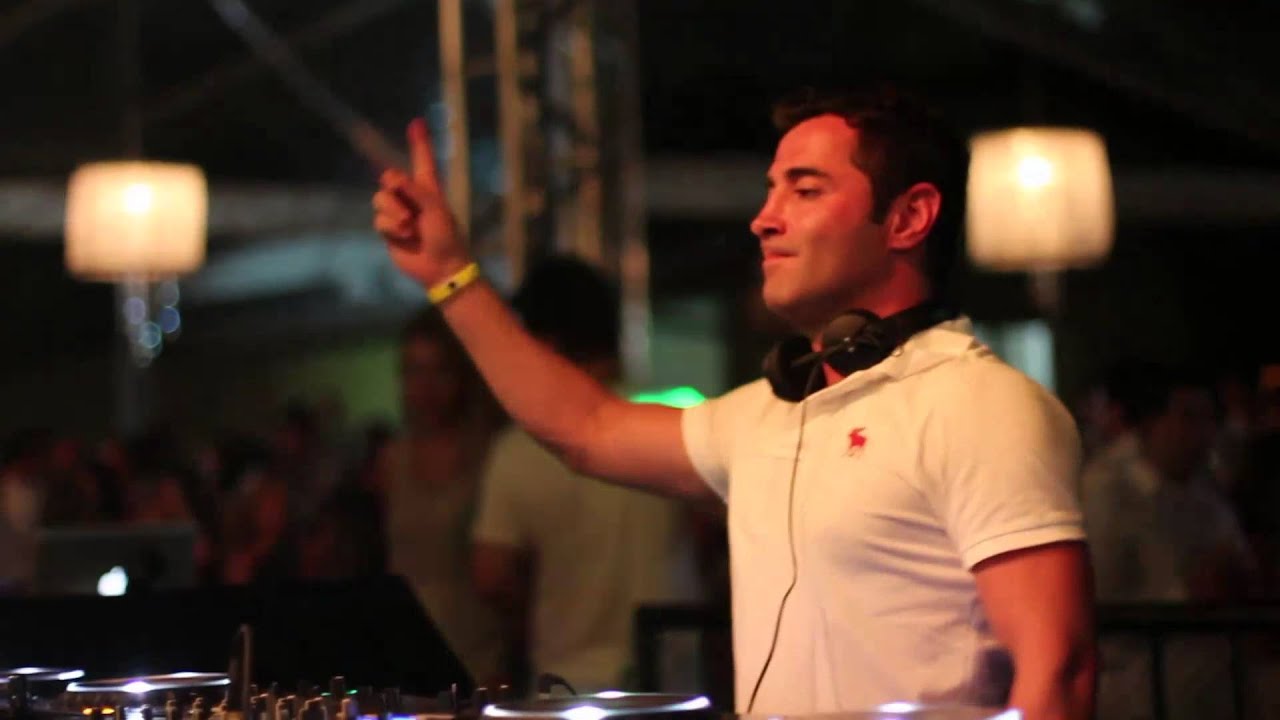 Duo Aly & Fila are an Egyptian duo that plays Trance music and was even voted top 100 DJs on DJ Mag’s list. DJ Fadi has been on tour alone after his partner suffered injuries to his ear.

However, the night didn’t end well for both DJ Fadi and his fans when he was apparently asked to stop playing and give the rest of his set to our very own Prime Minister’s son instead. Before making way for Norashman, the DJ announced that it will be his last track and will not play in Zouk ever again.

“I would play more but it seems like Zouk Singapore wants someone else to play. Not only because of that, because apparently he’s the son of a Prime Minister.

Thank you so much! Enjoy my last track. I’ll see you somewhere in the future. Not in Zouk anymore, because I won’t play for Zouk any f***ing more. They insulted me, but I love you guys.”

Watch the video below posted by Derrick Low on Facebook:

Zouk Singapore quickly released two posts on Facebook regarding the issue. Highlighting that the whole incident was merely a ‘misunderstanding’. 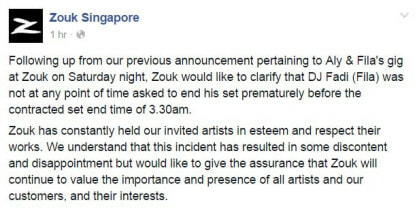 Fans and clubbers alike thought it was a bad excuse by Zouk Singapore’s management and even said it would’ve been better if they owned up to their mistake instead.

Facebook user, Joshua mentions that DJ Fadi has been playing sets in Zouk Singapore regularly and his sets always play till closing time. So it couldn’t have been a misunderstanding.

Oliver comments: ” Fadi wasn’t “asked to end his set prematurely before the contracted set end time of 3.30am”, but obviously he was asked to end his set around 3:45am, which has so far not been a Zouk policy, since they always allowed guest DJs to play as long as they wanted… So neither Zouk nor Fadi are lying, but obviously Zouk Mgmt. is not telling the full truth…”

Many others mentioned how this mishap has caused Zouk Singapore their brand name and wishes them good luck for their next few months.

Well what do you think? Is it really a misunderstanding on Zouk’s part or is something fishy going on?