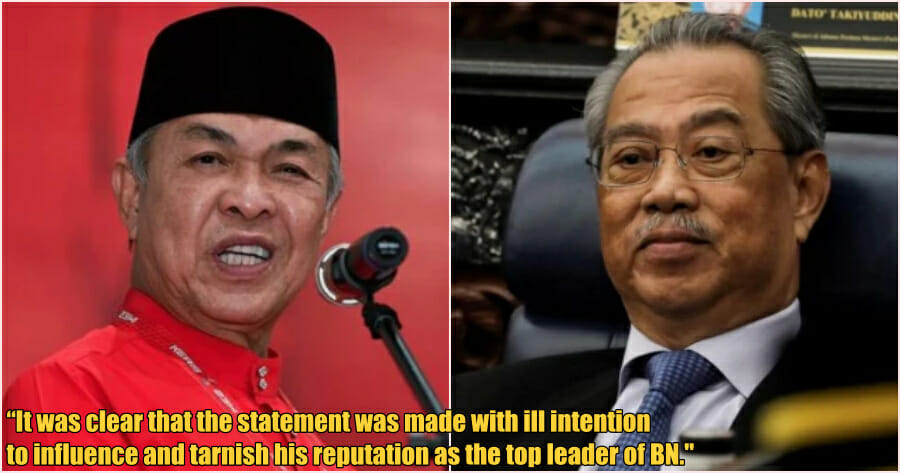 Former deputy prime minister Datuk Seri Ahmad Zahid Hamidi has filed a defamation suit against former prime minister Tan Sri Muhyiddin Yassin over the allegation that he had sought his help to settle or postpone his court cases.

In a report by BERNAMA, Zahid named Muhyiddin as the sole defendant. According to his statement of claims, Zahid said that on 19 October 2018, he was charged at the Sessions Court with 12 counts of breach of trust, eight counts of corruption, and 27 counts of money laundering, all of which were tried in High Court. 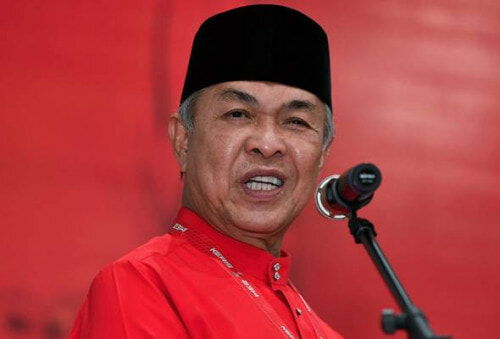 Regarding his court cases, he claimed that Muhyiddin had, while on the 15th Johor state election campaign trail, made a defamatory statement with ill intention against him on 13 February.

“On the same day, the video footage of the defamatory statement was published on Astro Awani YouTube channel managed by Astro Awani. The video, which lasted 2 hours 35 minutes and eight seconds, can be accessed on the Internet,” he added.

Zahid who is Bagan Datuk’s Member of Parliament claimed that Muhyiddin’s statement implied that he had used a shortcut to settle and postpone his ongoing court cases. 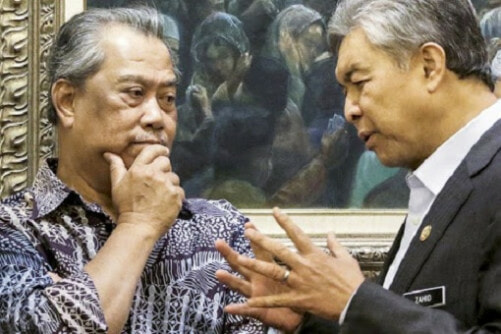 This includes him asking for Muhyiddin’s help to intervene in the court cases and the judiciary system, to order the dissolution of the Johor State Assembly whilst also implying that he was not a respectable and exemplary leader.

Zahid claimed that the allegations were false and aimed at tarnishing his good name and reputation.

“As such, it was clear that the statement was made with ill intention to influence and tarnish the reputation his reputation as the top leader of Barisan Nasional, and indirectly give a bad image to the coalition contesting in the Johor state election.”

He is seeking general, aggravated and exemplary damages, as well as an order for Muhyiddin to publish a public apology in newspapers, and other reliefs and costs deemed fit by the court. 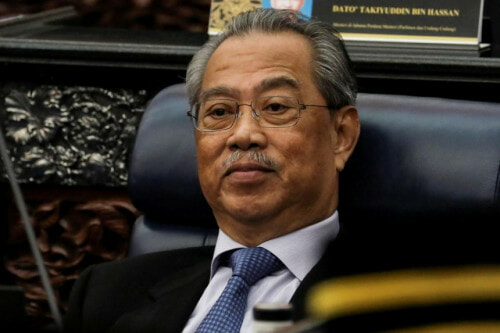 He also applied for an interim injunction order to restrain the defendant and his representatives from issuing, publishing, distributing such a defamatory statement on any social media platforms including Facebook, Instagram, Twitter and WhatsApp.

Furthermore, he also applied for an interim injunction order for the defendant to delete, edit and stop the publication of part of the video footage which contained the defamatory statement in online news portals and social media platforms.

What do you think of this? Let us know in the comments 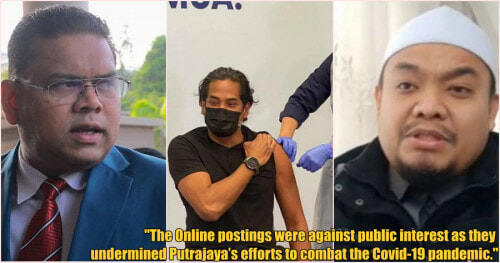