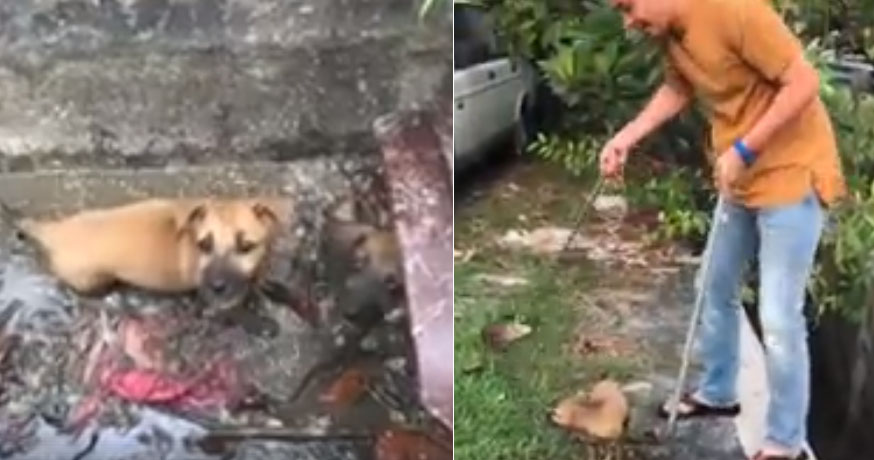 No matter what your race, religion and gender is, we are all be equal and should try to help those in need, by our means of course. After all, we are all God’s creation.

A local celebrity, Izzue Islam has been receiving attention online lately because he saved two puppies from a deep drain despite his religious background. In the viral video posted on his Twitter account on March 3, he discovered two puppies that had fallen into a deep drain at a residential area.

Two brown furry puppies were found stranded in the deep drain yelping for help. In order to help the furkids, Izzue found two hoes nearby as a tool to save them instead of using his hands. That’s actually quite innovative! 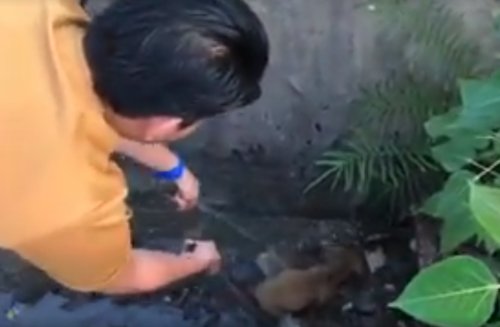 He successfully managed to pick up one of the puppies by placing the thin metal flat on its stomach, levitating it up from the drain. In simpler terms, it’s like using chopsticks to clip your food! The pupper appeared to be dazed from the lift, and immediately followed the instructions given to it to stay at the side. It hid under a car while waiting for its comrade to be saved. So cute! 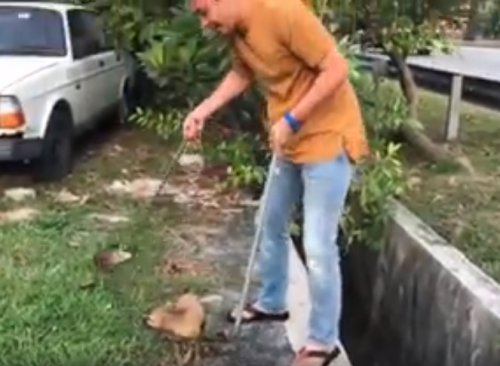 Unfortunately, the other puppy seemed to be afraid of the situation, as it attempted to run away from Izzue. He did not give up and followed the puppy to save it. He managed to pick up the puppy once, but the young pup wiggled its way away and fell back into the drain. 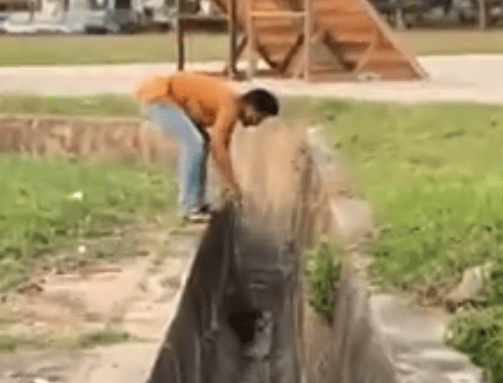 Thankfully, two other men came across Izzue and stepped in to help. One of them jumped into the deep drain and grabbed the puppy up with his hands. Upon safely landing on the grass, the puppy dashed off instantly, presumably to reunite with its friend.

The viral video garnered the attention of local netizens, with most of the comments praising both the Izzue and the other duo for their kind deed. Some of the netizens were tickled and amused by the way Izzue saved the puppies, and thanked him for displaying a good example for the Muslim community.

Check out the video of the incident here:

Kudos to these guys for saving the pups!

Also read: This Family is Breaking the Stereotype That Malay People Can’t Own Dogs 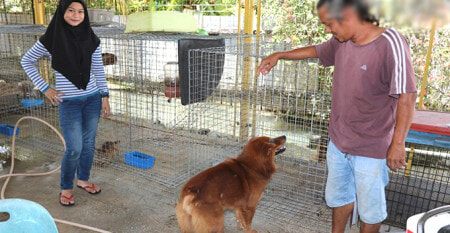 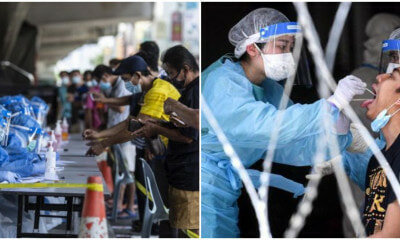 With cases reaching a new high yesterday, it’s no surprise that Malaysians are starting to panic once again. Especially those... 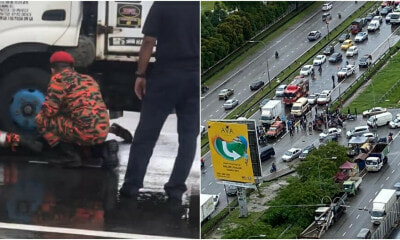 A motorcyclist was found dead after being dragged under a lorry on the Middle Ring Road 2 (MRR2), near Taman... 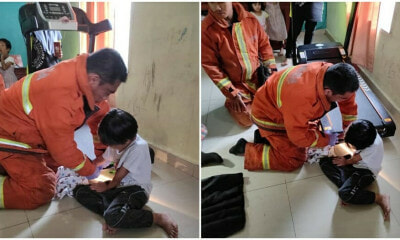 If you have any little ones running around in your household during this work from home period, do ensure to... 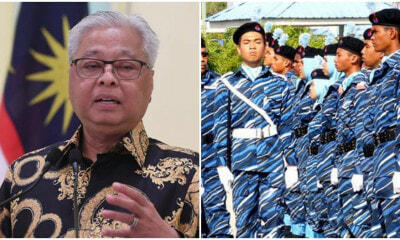 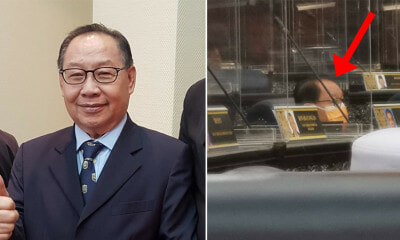 During the 10 months that Malaysia has undergone the Movement Control Order (MCO), we have seen the double standards of...