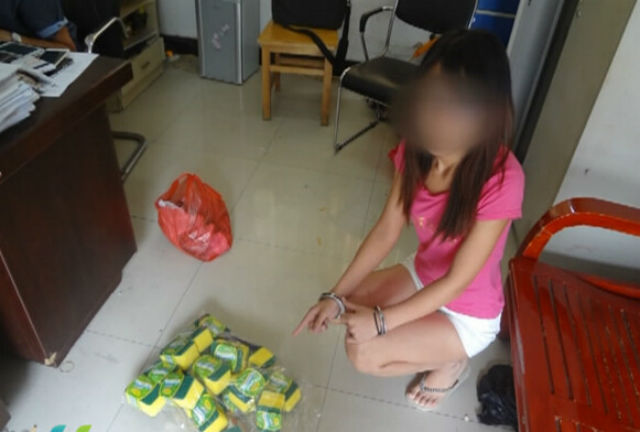 A prostitution ring in Xuzhou, Jiangsu province was recently taken down after local police received tip-offs from residents.

According to China News, the prostitution ring solicited potential customers via text message or through popular messaging apps like WeChat, QQ and MoMo. Women would pretend to pose as virgins trying to help raise money for their sick mom in exchange for sexual favours. 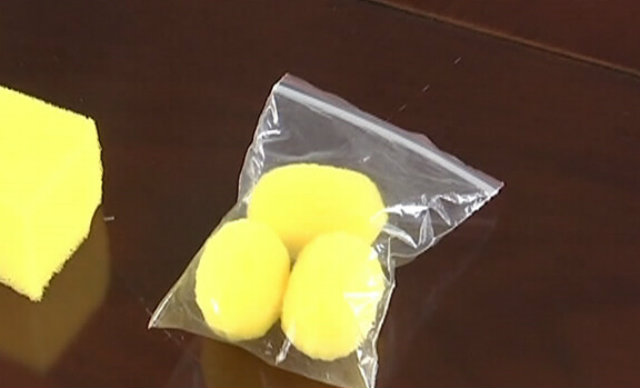 The police managed to bust the prostitution ring as one of them went undercover posing as a client. He got in contact with a lady named Liu on wechat and have an ‘appointment’ set up. She was later arrested and questioned for investigation.

Liu, who was in her 20s told the police that she joined the ring through her hometown friend of Chongqing. According to Liu, at least 10 others from Chongqing were involved in the operation.

A snapshot of the conversation was captured: 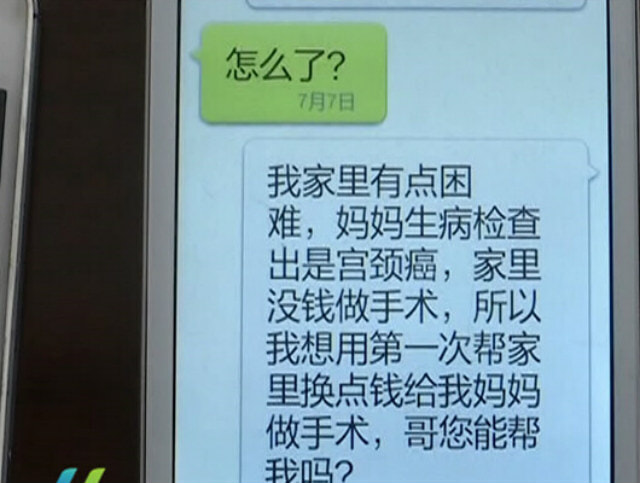 The ringleader, surnamed Zhang, was later caught as well as the dozens of others that were involved.

“This ring is well-organized and everyone has their own specific responsibility. When they reached a new location, the ringleader would purchase personal information illegally. After that, two other suspects, Rang and Zhang, sent the messages via [temporary] phone numbers. Suspect Chen then sent the prostitutes to the designated location [where customers agreed to meet],” said police officer Hao Pengfei. “Suspects Sun, Liu and Li usually faked their virginity using eel blood soaked in a sponge. Prices of the women’s service ranged from 2,000 yuan to 10,000 yuan. So far, the ring has gained a profit of a few hundred thousand yuan.”

He also told reporters that the ring has been running operations throughout China, specifically in Shanghai, Chongqing, Zhengzhou, Hangzhou, and Lianyungan.

Xinhua news reported that a total of eight suspects are now under criminal detention while another dozen have been held under administrative punishment. Further investigation of the case is still ongoing.