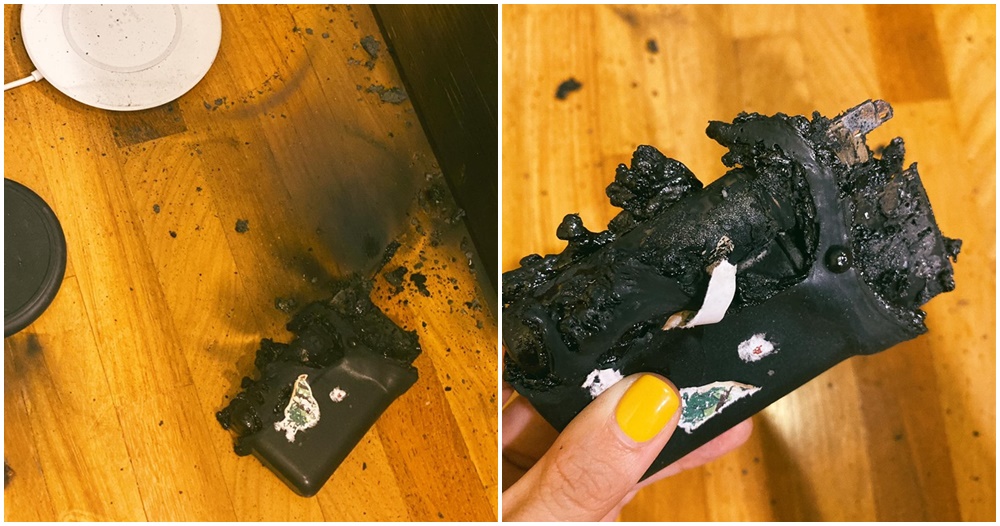 We’ve all heard our fair share of  horror stories that happen when you leave your phone to charge overnight. Unfortunately, it looks like some of our devices are still at risk of going up in flames even when they’re not being charged. 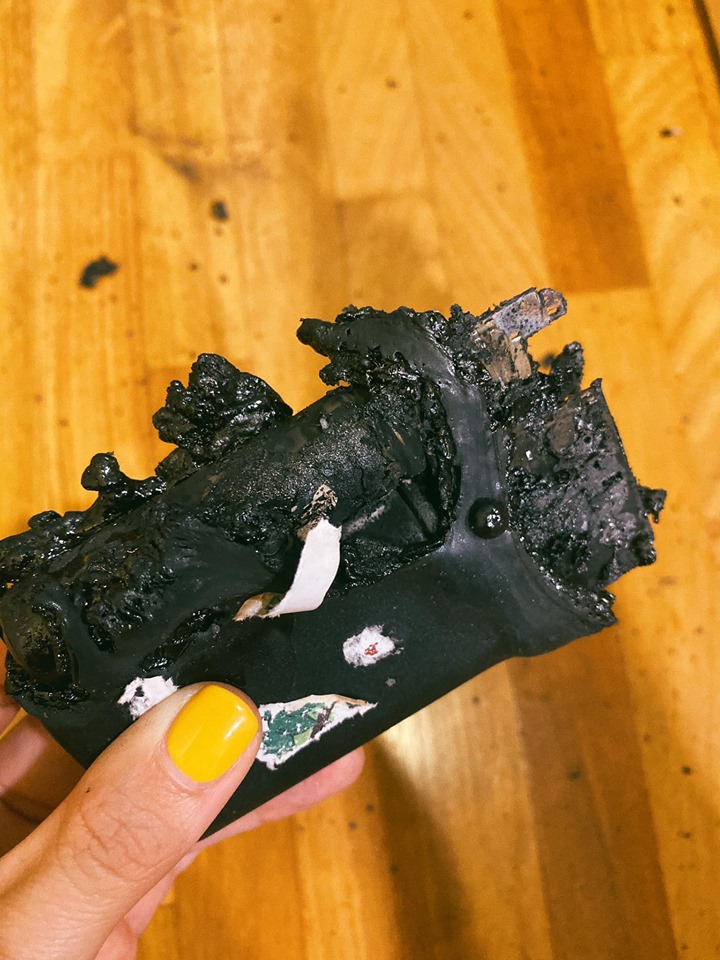 Recently, a Thai netizen took to Facebook to share the story of how she nearly found herself trapped in a fire when she left her power bank next to her bedside overnight and woke up to the smell of something burning at 5am in the morning.

“I was sleeping but woke up coughing at around 5am. I saw smoke around me, rising to the height of around 20cm. I quickly extinguished the fire and saw that the explosion was caused by my power bank.”

In the pictures shared alongside the post, the power bank is barely recognisable! The entire device was burned and charred black all the way through, and looked as if it could’ve burned a hole into the ground if the netizen didn’t put out the fire when she did. 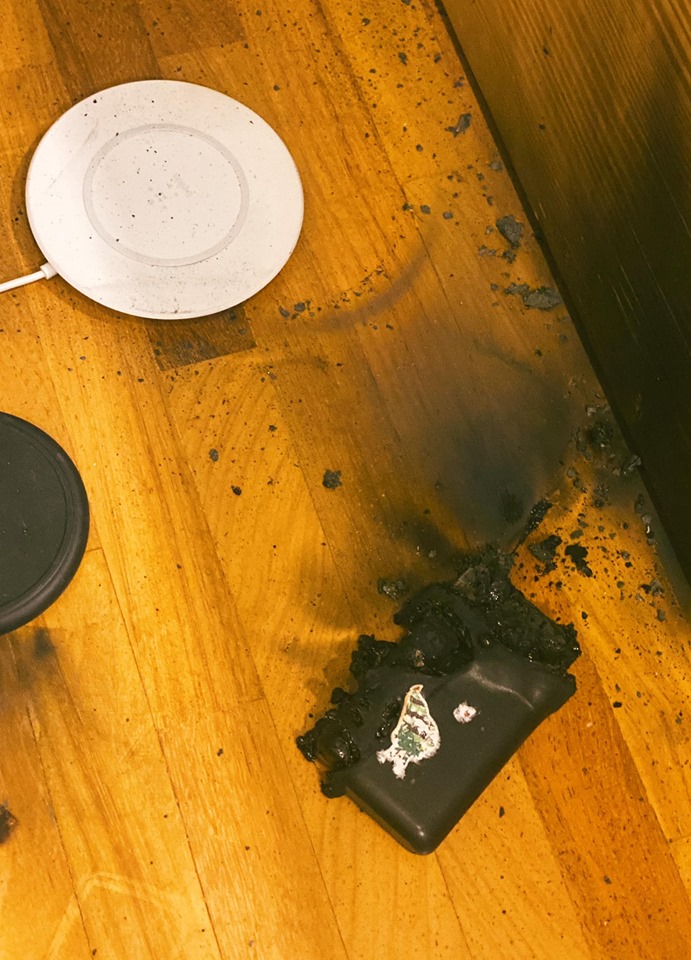 “Be sure to buy from trusted stores only. P.S. It wasn’t being charged, it was just lying on the floor.”

The post has since garnered viral status with nearly 900 shares and 1,200 likes. Netizens in the comment section were stumped as to why this could’ve happened when the device wasn’t even charging! Some said that this just proves why power banks aren’t allowed to be checked in on flights.

Others tried to reason the scary incident by saying that the power bank short-circuited as a result of constantly being overcharged.

According to Mobile Charger, power banks run the risk of exploding when the circuit design is produced improperly, which tends to happen when you buy your device for an unreasonably cheap prices from questionable providers.

“If the circuit design is not in line with the safety standards of the battery, the risk of power banks exploding increases.” 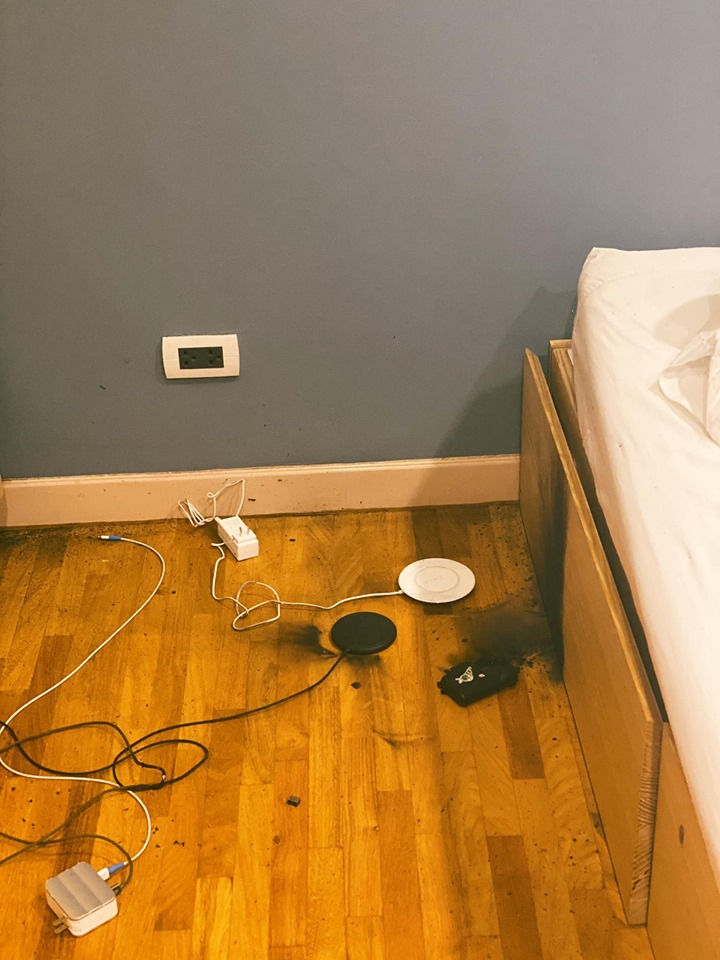 In line with the netizen’s advice, here’s a warning for all of you power bank owners who sleep beside your device, make sure they come from proper manufacturers if you want to avoid the risk of your brain getting fried. 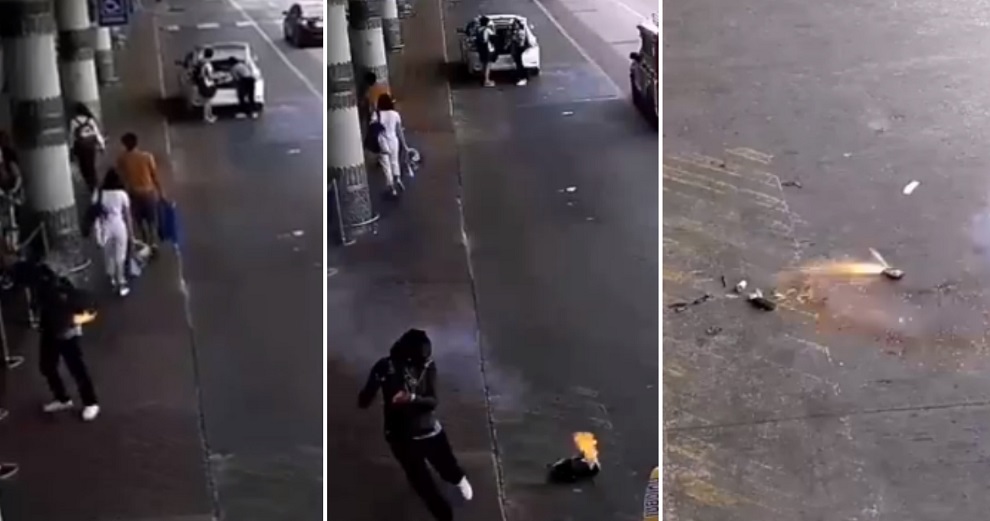