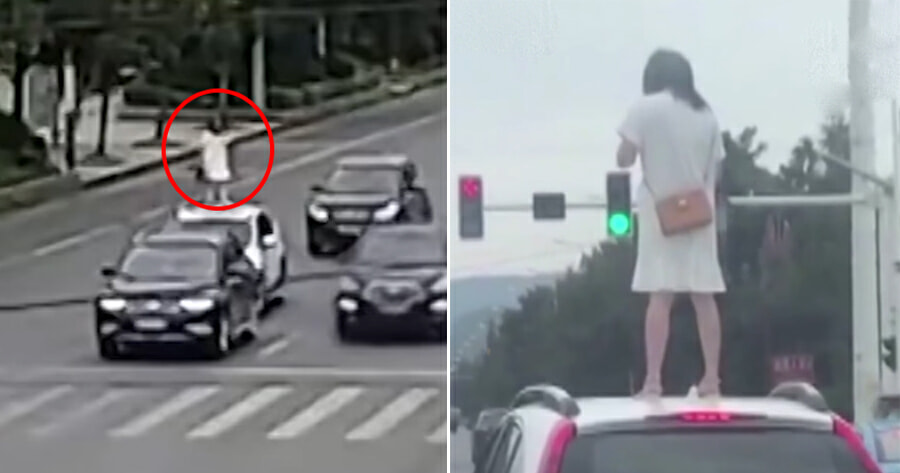 As humans, we tend to do really ridiculous things when we’re angry, and often times we regret our actions once the moment has passed and wish we could undo everything.

With that being said, I don’t know if this woman regretted her actions when she went home, but she sure was fueled by some strong emotions when she decided to do what she did.

A woman from China got into an argument with her husband in his car and got out of it. But instead of paying attention to her, the husband ignored her which made the woman very angry. So, she climbed onto the roof of the car. 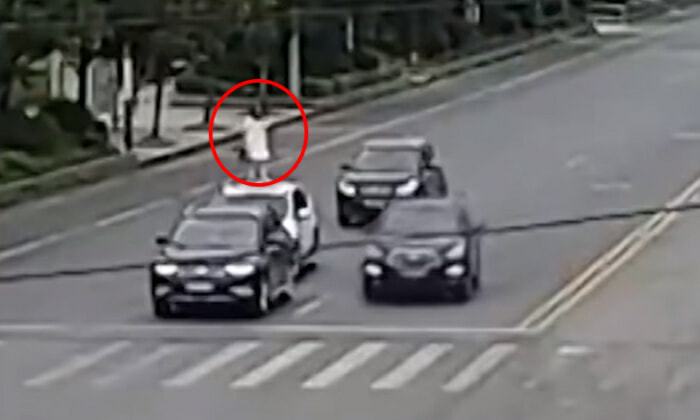 According to South China Morning Post, she began stomping on the car roof for four minutes while other cars behind them got stuck and had to maneuver around them. 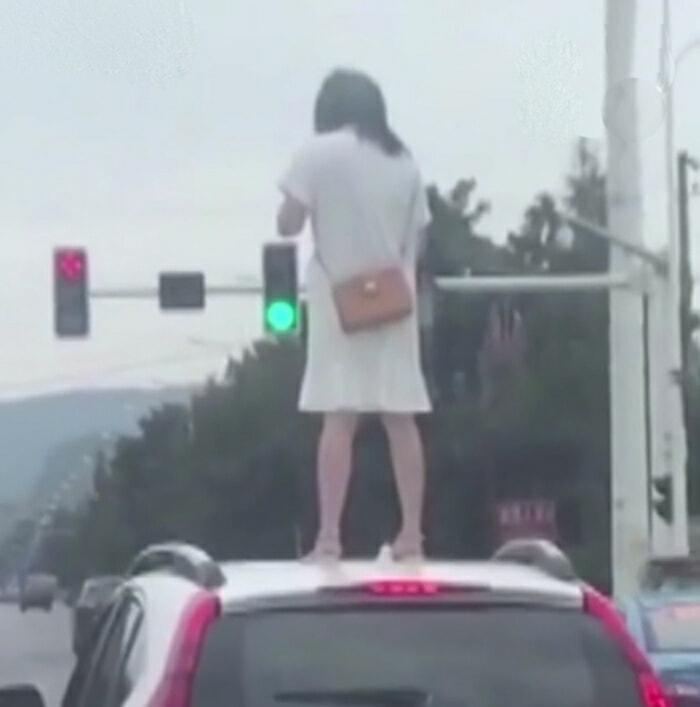 Later, the police discovered that her husband was actually driving around without a licence and had to pay a fine of 1,250 yuan (RM747). 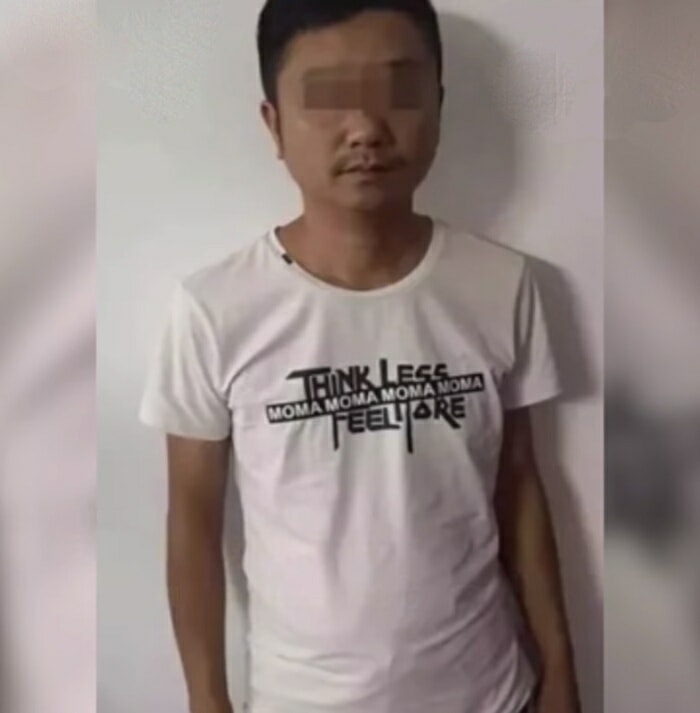 This whole scene was captured on video and circulated on social media, which elicited various kinds of responses from netizens.

Some wondered how the woman managed to climb onto the roof as it didn’t look easy, while others said that the woman had successfully lured the police into catching her husband.

Do you think this woman had the right to do what she did after being ignored by her husband, or were her actions a bit too far fetched? Let us know in the comments below.

Also read: Wife Threatens to Kill Herself After She Didn’t Get RM60 From Husband to Buy Clothes 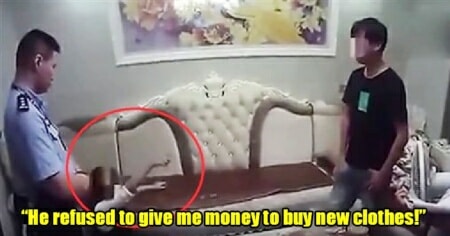