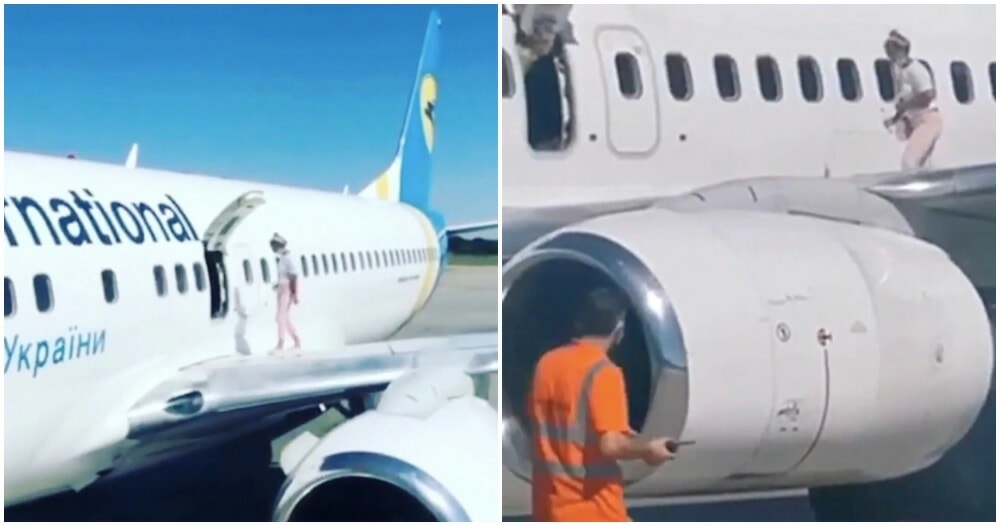 Being in an aeroplane can be quite stress-inducing. But one particular person felt entirely different when boarding it.

A video of a woman casually walking on the wing of a plane has deemed her to be blacklisted from ever boarding the Ukraine International Airlines (UIA).

After landing in Boryspil Airport in Kiev, Ukraine from Turkey, the mother of two children was feeling hot in the plane and so she decided to open the latch to the emergency exit on the Boeing 737-86N to “cool off”.

A person on the runway immediately took a video of her walking on the wing of the plane.

According to The Sun, a tourist explained to the reporters that almost all the passengers got off the plane once it landed. They continued saying that the woman walked from the tail all the way to emergency exit row and just opened the door and went out. 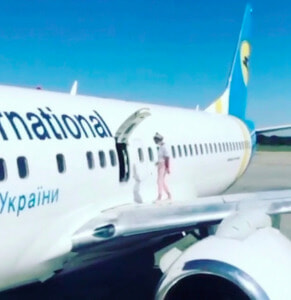 Her two children stood outside gawking at their mother’s action and said to the tourist that she’s their mother. It was reported that the pilot called an ambulance, police and border patrol.

After she climbed off safely in the plane, she told the authorities she was feeling too hot. To their surprise, she tested negative of any alcohol and drug substance.

The UIA has now blacklisted her as she was breaching aviation safety rules. The airlines also mentioned that there should a high financial penalty imposed on the woman who set a bad example towards her children. 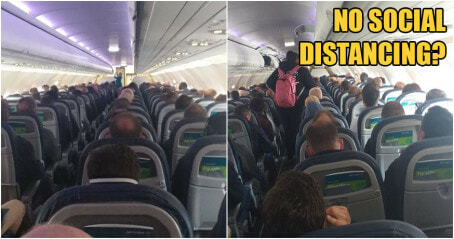