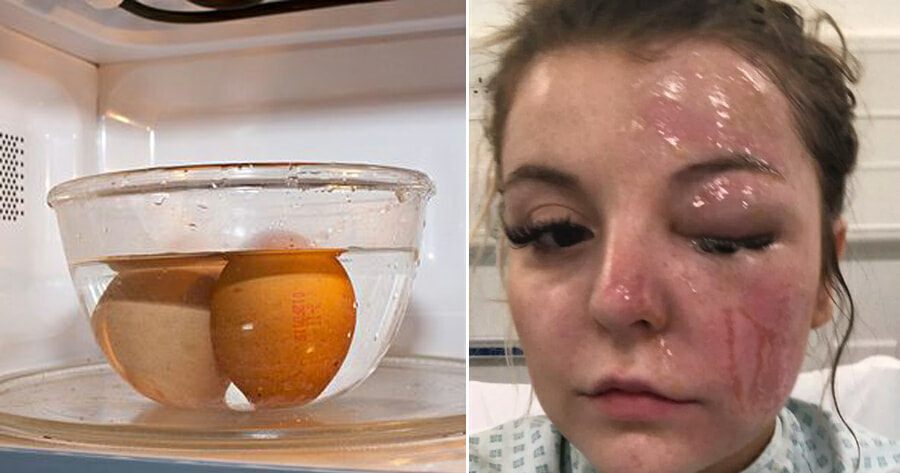 If you think it’s safe to boil eggs in the microwave, you might want to think again.

Bethany Rosser, a 22-year-old girl from Redditch, England boiled two eggs in the microwave for her breakfast on Tuesday (13th August) thinking that adding salt would prevent them from exploding. However, the eggs still exploded in her face, which left her with painful burns, peeling skin, and even a potentially blind right eye, reported Daily Mail. 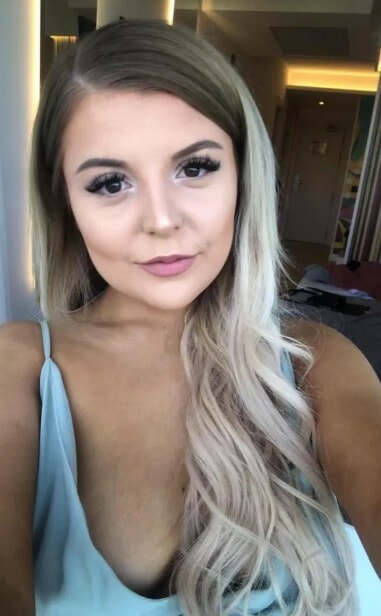 However, after boiling the eggs in a one-litre microwavable jug filled with water for six minutes at 900W and leaving them to cool on her countertop, the eggs exploded in her face when she went to check on them.

“As I looked into the jug to see if the eggs were done, they went bang in my face. It only happened as I took them out. The eggs were fine in the microwave,” she said. 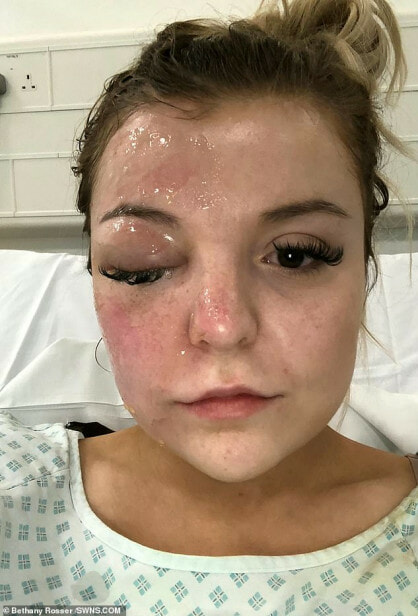 She immediately called emergency services while running cold water on her face. She was then taken to Queen Elizabeth Hospital in Birmingham, West Midlands.

She had to be admitted at the hospital where wet bandages were wrapped over her face, but she still doesn’t know if her severely injured right eye will be able to heal. Her skin also felt like it was burning for hours afterwards, which left her in total agony, and doctors predicted that her skin would be discoloured for a long time.

“I’ve never been so scared in my life – I was shaking and crying. The accident was, without doubt, the worst day of my life to date,” she said. 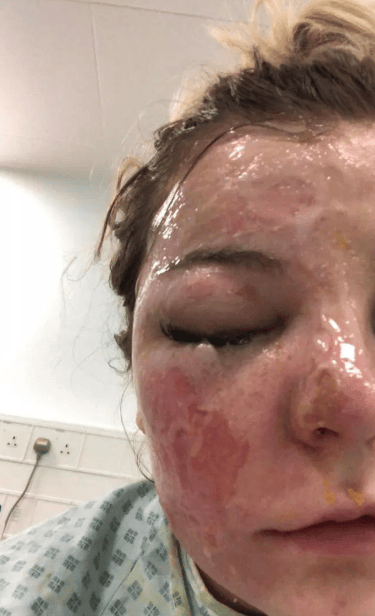 Bethany said she got the instructions on a website called Delish, which tells readers to add salt in the water as it would “ensure that the egg won’t explode”.

They even said that although exploding eggs might sound harmless, they are “very bad”.

“We’re talking volcanic hot egg pieces and sharp bits of shell flying everywhere. Skip the salt at your own risk!” they wrote.

It’s strange why Bethany still decided to boil her eggs in the microwave after knowing that her cousin also had her microwaved eggs explode, just that the explosion happened in the microwave. She also said a family friend’s eggs burst when they were taken out of the microwave, but missed his face.

Well, if you’re still wondering if it’s safe to boil eggs in the microwave, let me tell you that it’s probably NOT SAFE- whether you add salt in it or not.

Also read: Woman Buys 24 Eggs to Eat, But Hot Weather Causes Them to Hatch Ducklings Instead 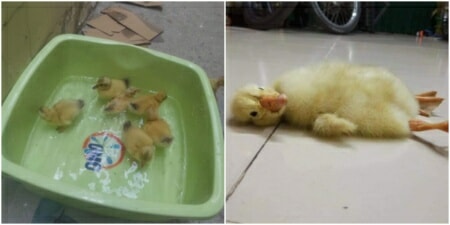