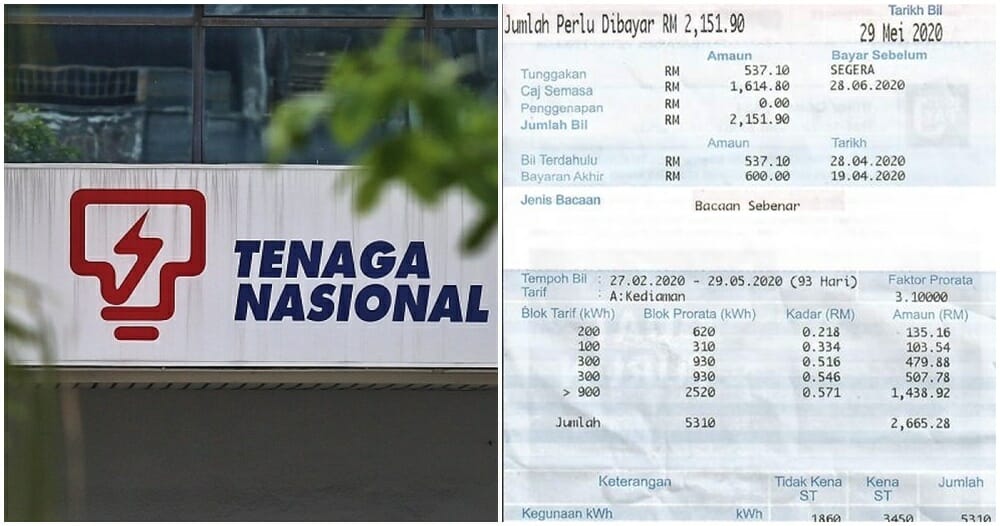 Confused about why your TNB bills are so high? So are we.

Last week, we wrote about a man who claimed he was charged an outrageous 600% rise in his TNB electricity bill during MCO. If you haven’t read that one yet, you can check it out here. 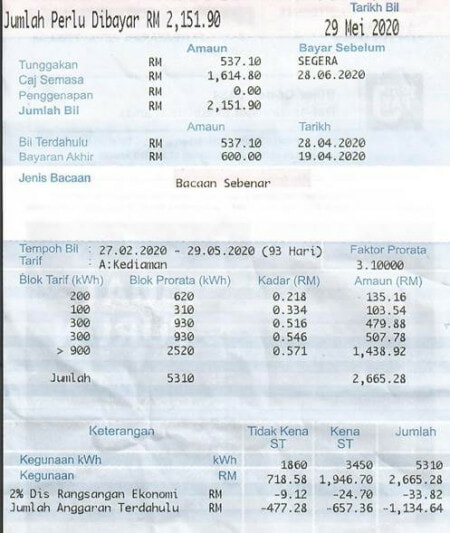 Since we posted that article, many of you have shared your own experiences of being charged ridiculous amounts for your electricity bill. However, a helpful Instagram user, who goes by the name of Umesh, replied to our article saying that he would take up the matter with his father, who works in TNB, to get to the bottom of why our electricity bills are so high! Here’s what he said: 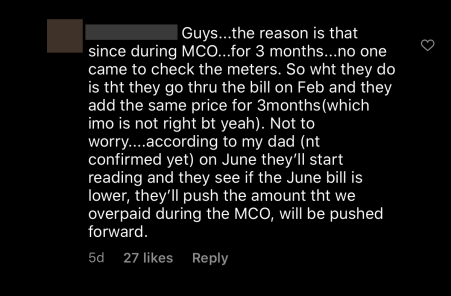 Still confused? Don’t worry, we’ll break it down for you with a few more illustrations from TNB’s website.

When TNB started receiving complains from residents who were outraged about their high electricity bills last month, the company responded by saying that TNB had to make an estimated bill for each household as their staff could not physically come to the premise to check your metre.

This means that the bill you received from February onwards is an estimation of the previous month’s bill amount at that point in time. However, many of us have been spending a lot more time at home over the past couple of months. Hence, the electricity bill is supposedly higher than what is estimated. 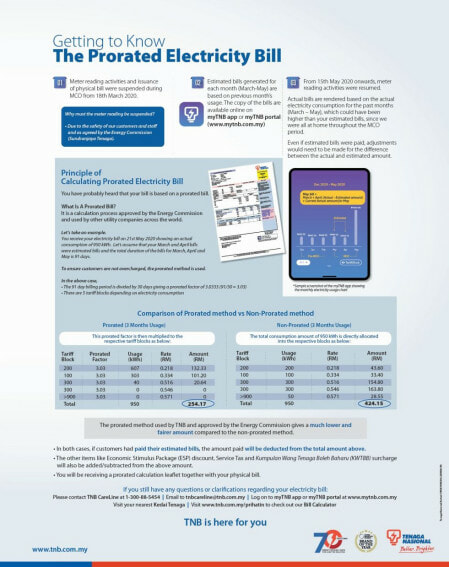 So when TNB staff eventually resumed calculating bill readings, the excess, which was not charged, was then added to the latest bill.

But why so expensive?

While TNB’s explanation makes sense, it doesn’t explain why some electricity bills are racked up to the thousands. And you guys definitely had something to say about that: 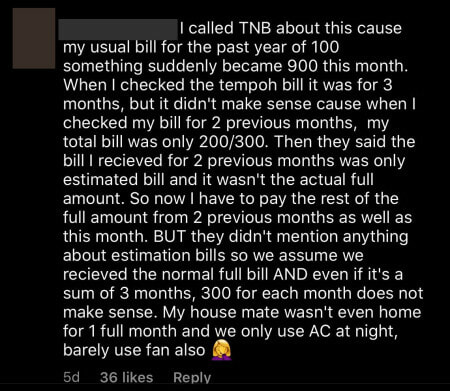 To answer this, TNB users need to take note that your electricity bill is charged a tariff that increases with usage. There are ultimately three tiers for this tariff. The first 200kWh will be charged with RM21.80 but this increases every 100kWh.

But since the tariff charged is an accumulation of three months, everybody will be charged the third tier (300kWh or more) which also isn’t fair. 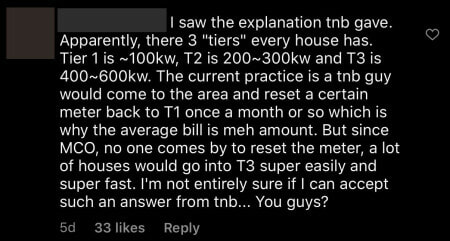 To tackle this unfairness, TNB introduced the prorated system.

They then introduced the system like this: you receive your electricity bill on 21st May showing an actual consumption of 950kWh, from the estimated bills of March and April. The total duration of days for the period between March to May is 91 days.

So the 91 days is divided by 30 to get the prorated factor of 3.03. This figure is then factored into your bill so if your usage is 950kWh, each tariff block will be prorated by 3.03. But if all that math doesn’t make any sense to you, just look at the differences between a prorated (left table) and non prorated (right table) bill.

Still not satisfied with these explanations? Make your opinion known!

If you still feel like you’re being charged an unreasonable amount for your electricity bill, you can voice out your opinion on social media by tagging TNB or the Energy Commission. 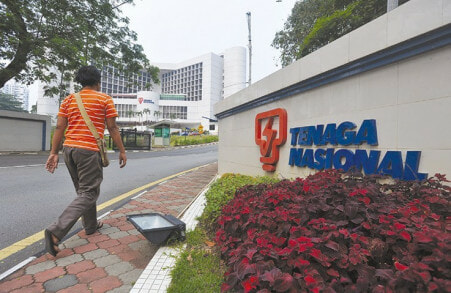 You should also contact TNB firsthand to get an explanation via:

You can also download the myTNB app, visit the myTNB portal or go to your nearest Tenaga branch to address your electricity bill issues face-to-face. To make an official complaint, you can launch a statement to the Energy Commission on their website.

Hope this helps! Are you satisfied with your electricity bill?