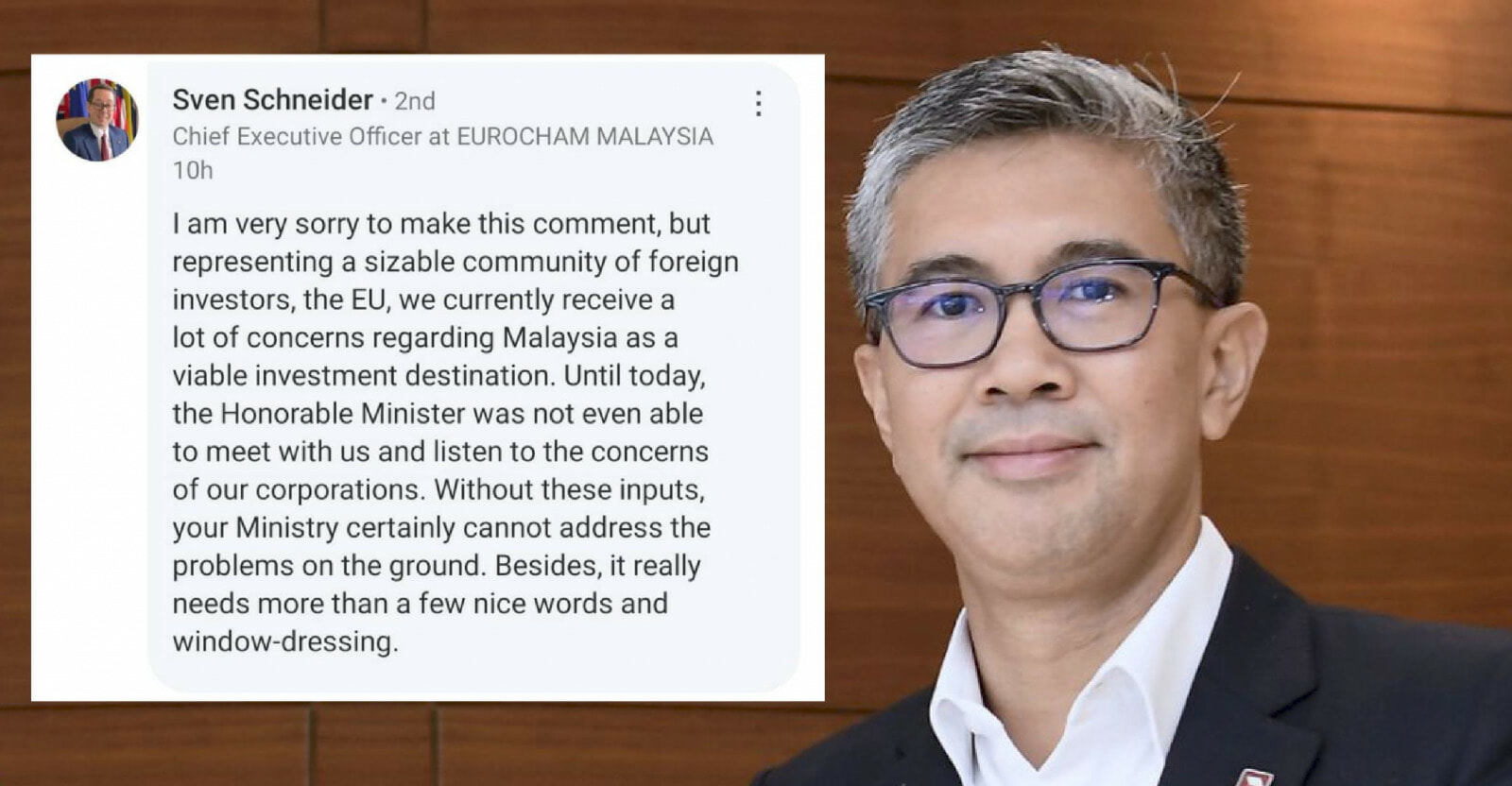 A LinkedIn post by Tengku Zafrul Abdul Aziz on 8 January 2021 has been getting negative traction and the subject of criticism from the business community. Some high profile individuals such as the CEO of European-Malaysia Chamber of Commerce (Eurocham Malaysia) even took shots at the Finance Minister for failing to meet with them.

The post, which has since made its way across social media was written by Tengku Zafrul to put a positive outlook on Malaysia’s foreign direct investments (FDI). Here is a screenshot of the post: 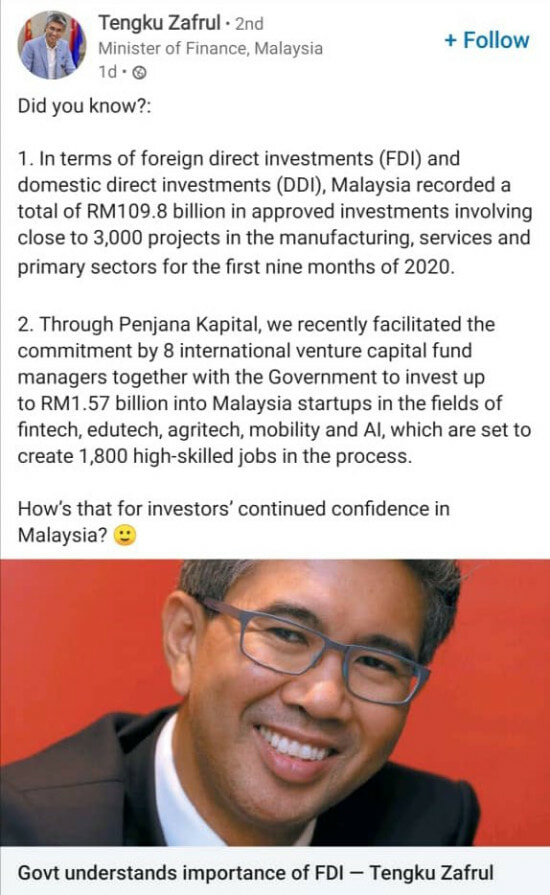 The former CIMB CEO claimed that in terms of FDI and Domestic Direct Investments (DDI), our country recorded a total of RM109.8 billion in approved investments. Furthermore, these investments involved around 3,000 projects in the manufacturing, services and primary sectors for the first 9 months last year.

Tengku Zafrul also touted how the Penjana Kapital initiative facilitated the commitment by 8 international venture capital fund managers to invest up to RM1.57 billion into Malaysia startups in various fields. This in turn will create 1,800 high-skilled jobs in our country.

He ended the post with assuring how all of the above would create continued confidence in Malaysia. Tengku Zafrul wrote,

“How’s that for investors’ continued confidence in Malaysia? 🙂”

Well, Tengku Zafrul definitely did not expect this rhetorical question to be actually answered. Worse, the answers were mostly negative and from big players in the international business community. 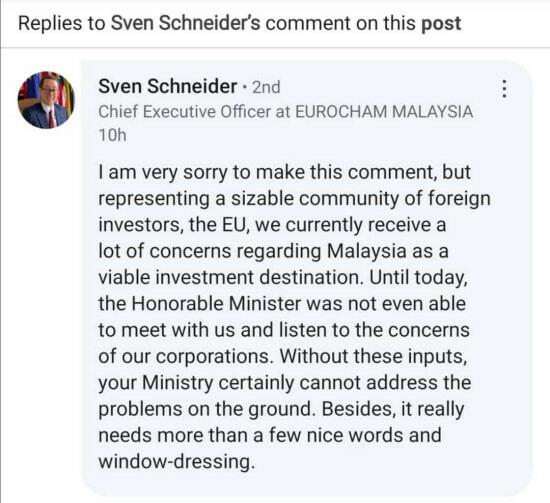 The top comment of the LinkedIn post was from Sven Schneider, the CEO of Eurocham Malaysia. He gave an opposite, graver outlook on investments into Malaysia and said,

“I am very sorry to make this comment, but representing a sizable community of foreign investors, the European Union, we currently receive a lot of concerns regarding Malaysia as a viable investment destination.”

Schneider continued his comment by alluding to how Tengku Zafrul and his ministry has failed to meet with corporations under Eurocham and listen to concerns that they have about investing in Malaysia. Schneider stressed,

“Until today, the honourable minister was not even able to meet with us and listen to the concerns of our corporations. Without these inputs, your ministry certainly cannot address the problems on the ground.”

He ended his comment by straight up lambasting Tengku Zafrul’s post by saying that it ‘needs more than a few nice words and window dressing’ to convince investors.

Meanwhile, Christian Angell Isaksen, the CEO of Collectr Sdn Bhd claimed that Tengku Zafrul is spinning a positive outlook of Malaysia’s FDI by pooling FDI together with DDI in his statement. He said,

“How much of the RM110 billion is FDI? The last years Malaysia has received up to USD12 billion (appoximately RM48 billion) in FDI every year. How does it compare now?”

Christian further questioned why Tengku Zafrul is saying RM1.6 billion in investment yielding 1,800 jobs is something to shout about. He put the statement into perspective by clarifying,

“That basically mean the cost of each job is close to RM900k… I don’t see the point in highlighting it.” 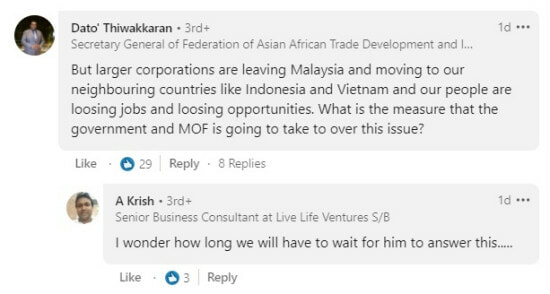 Another comment, this time by Dato’ Thiwakkaran, the Secretary General of Federation of Asian African Trade Development and Investments questioned what are Tengku Zafrul and his ministry’s measures in overcoming the issue of investors going to other countries. Thiwakkaran asserted,

“But larger corporations are leaving Malaysia and moving to our neighbouring countries like Indonesia and Vietnam. Our people are losing jobs and losing opportunities.”

Even former Prime Minister, Najib Razak chimed in via a Facebook post and said that Tengku Zafrul was ‘slaughtered’ because many assumed he was dishonest and trying to hide the real situation about our country’s foreign investments. Najib said that people are not happy with Tengku Zafrul’s attitude which could be considered as ‘syiok-sendiri’.

What do you guys think of the backlash received by our Finance Minister? Was it warranted or is it a bit too harsh? Share your thoughts with us in the comments. 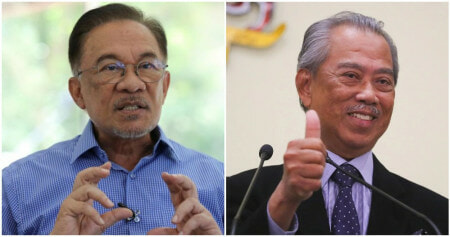