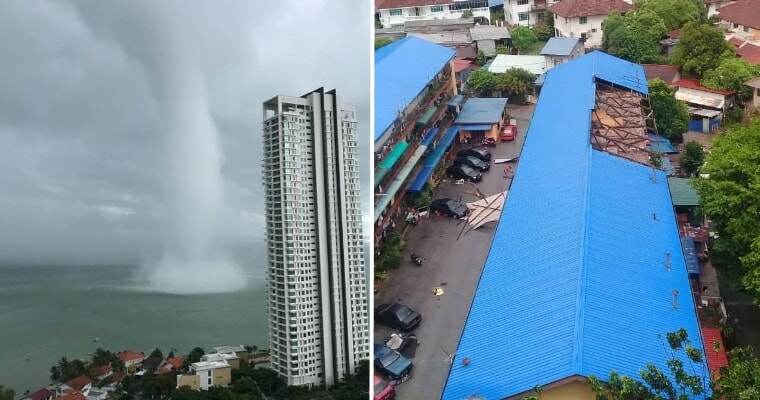 A massive waterspout has been sighted in Penang near the low-cost flats close to Tanjung Tokong earlier today, with many photos and videos of the event going viral on social media. Appearing out of dark and stormy clouds, the waterspout seems to have torn off zinc sheets off construction sites, with the metal sheets being flung violently in the air. Some also say that other properties such as bus stops, trees and stalls have been damaged by the waterspout as well. 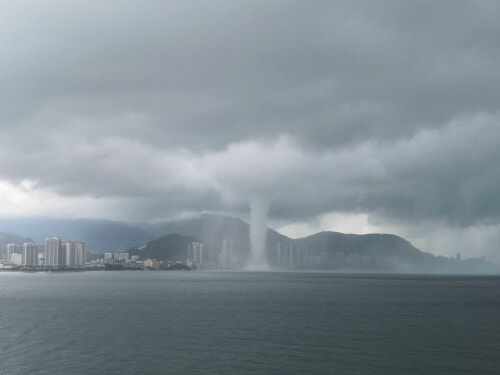 This waterspout towers over the apartment buildings, and video footage has shown the phenomenon causing huge sea waves that move toward the shore. Essentially, these phenomena are funnel-shaped clouds happening over water and are can be dangerous to aircraft, watercraft, and people, with many countries issuing a marine warning when one is seen. This particular waterspout has reportedly torn off metal sheets off roofs and left a trail of chaos. 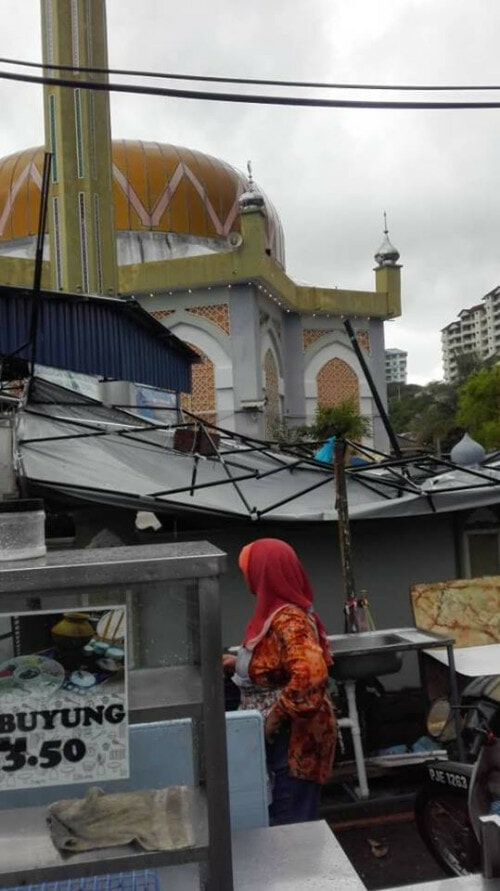 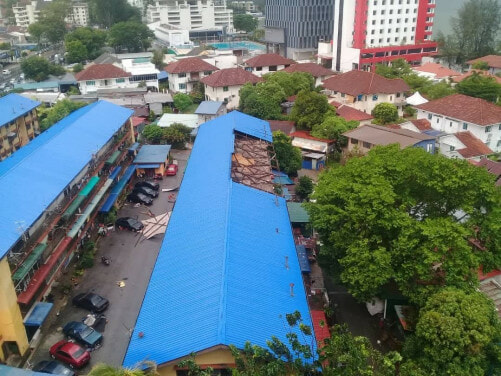 However, these seem to be common in Penang, with Penangite waterspouts described as typically weak and dying out after half an hour or so. Moving at speeds of up to 30 metres per second, these waterspouts are known to be 10 times less destructive than tornadoes. Their whipping winds can suck up fishes, frogs, and turtles, with people experiencing sea life falling like rain after these marine vortexes. 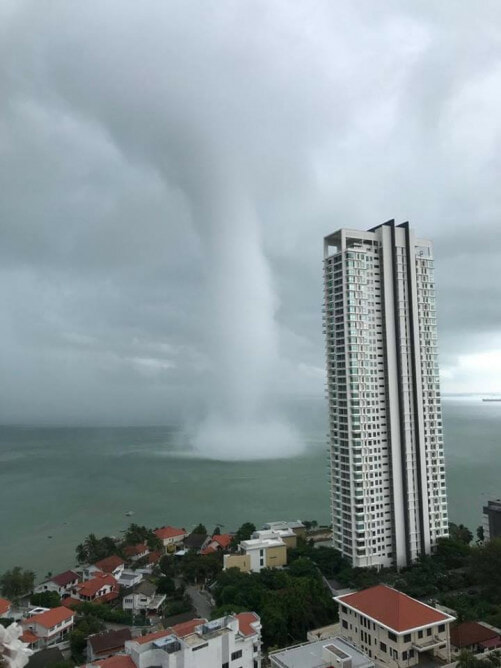 Netizens have expressed their views on this massive swirling waterspout. Some even felt dry amusement and disbelief at the phenomenon.

“Is this an April Fool’s joke? Hope there’ll be no Godzilla or giant whales coming to Penang bridge next.”

…while other netizens were more concerned about the footage.

“Lucky I left there yesterday! Penangites please be careful!”

You can see the video of the waterspout here.

Indeed, we hope our Penangite readers and their families stay safe and stay indoors until the vortex is over! 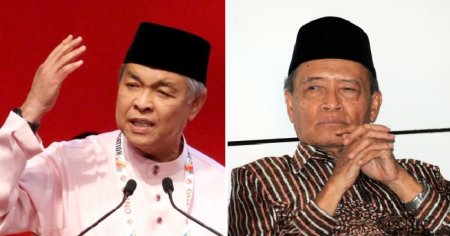