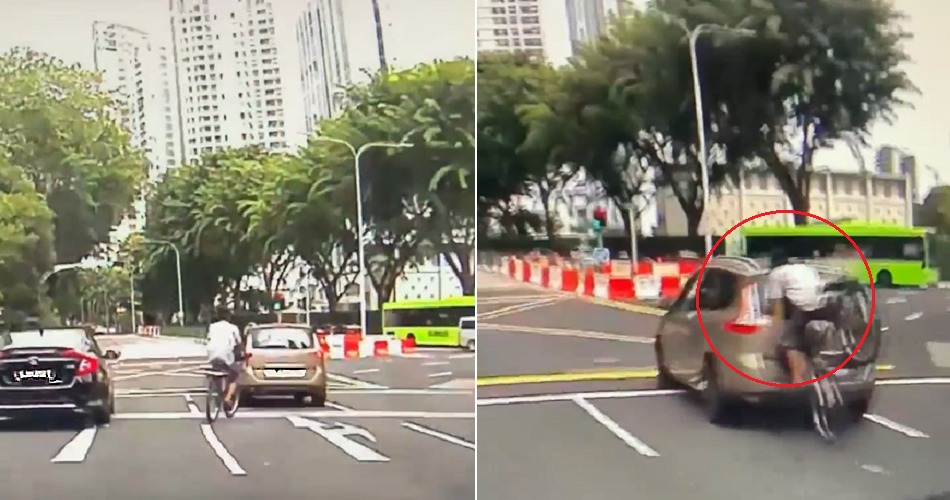 I don’t know if I should laugh or cry… will laughing at this video make me inhumane? Well, I will let you be the judge of that.

A cyclist who was “speeding” down the road came face-to-face (quite literally!) with a car that had stopped momentarily because the red light was on in Singapore.

The cyclist, who appeared to be in quite the rush, didn’t realise that the red light was on and he immediately regretted his negligence. This is because, in the 10-second video, it was seen that the cyclist face-planted into the back of the car as it stopped.

You can watch the video, which now has over 3,100 shares on Facebook, below:

FYI, the video was shared by a netizen on the Go-Jek Singapore Community Facebook Group, and was accompanied by a caption which read,

“Please be careful when cycling or driving! When you think it’s your grandfather’s road this is what happens… 😅”

Obviously, other netizens who watched the video left their thoughts about the short clip and most of them found the incident quite hilarious, but they did feel bad for laughing. One netizen questioned cyclists fondness for cycling on roads filled with other larger vehicles. You can read some of their responses below: 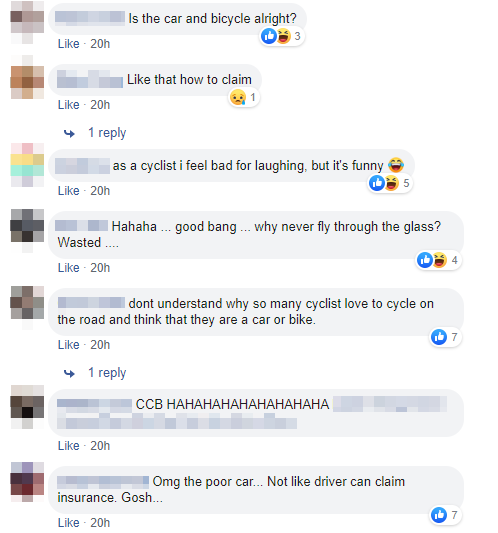 On that note, we hope that the cyclist didn’t sustain serious injuries and hopefully, he will learn to pay heed to the traffic light in the near future. What are your thoughts about the video? Let us know in the comments below! 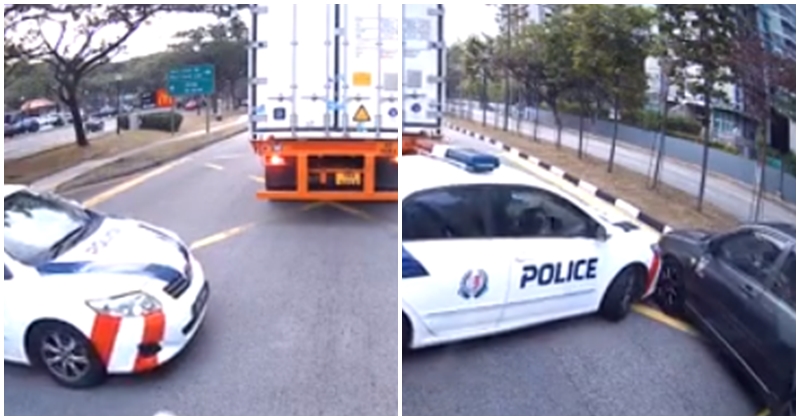