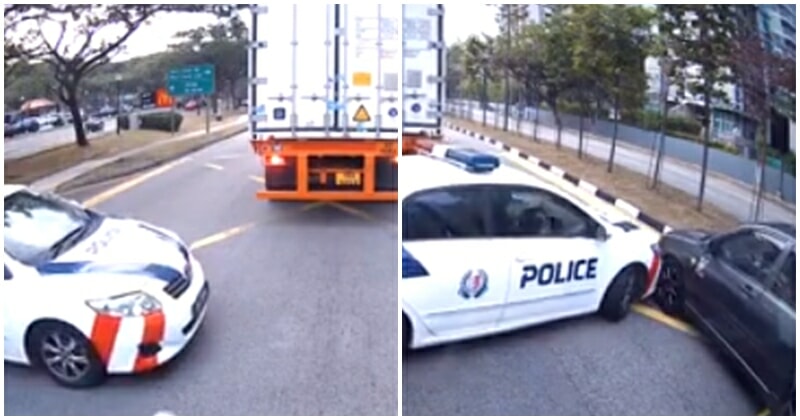 Police officers on patrol in Malaysia tend to be, generally speaking, excellent drivers.

But the same could not be said for their Singaporean counterparts, as a video of a Singaporean police car ramming into a civilian vehicle went viral on social media recently.

Mind you, that the incident may be forgivable if they were in hot pursuit of a criminal, but not this time.

The 1-minute video witnessed a patrol car attempting to enter a yellow box junction before being startled by an unsuspecting civilian vehicle going in the same lane.

It seemed that the police car did not hit the oncoming vehicle at first and braked in time; however, what the driver did next was absolutely bonkers.

The police car reversed and drove forward again, crashing into the civilian vehicle, shedding much light on the driving skills of the officer in the wheel.

The video which has garnered more than 192k views was recorded on a truck that was thankfully not involved in the incident. The post, however, did not specify the location, nor did it tell us what happened afterwards.

Who is at fault in this situation, the patrol car or the civilian? Share with us your thoughts in the comments section below. 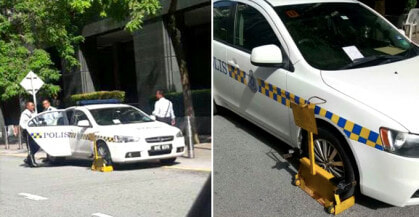