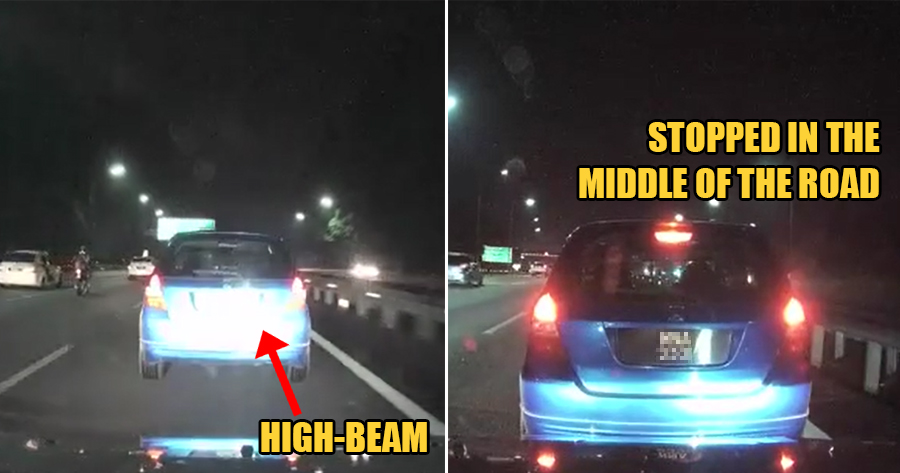 Fast lane hoggers are some of the most annoying people on the planet, and it’s even more annoying when they don’t think they’re doing anything wrong.

Nicholas Yap from Malaysia shared on Facebook his encounter with a fast lane hogger and how the hogger’s refusal to move out of the way caused a small collision between the vehicles behind him.

He shared that the blue vehicle in front of him was driving at a very slow speed while in the fast lane. So he decided to ‘high-beam’ the driver once.

The driver immediately hit the brakes and decided to come to a complete stop right in the middle of the North-South Highway before the Sungai Buloh exit.

While Nicholas and the Lamborghini behind him were able to stop in time, the BMW behind the Lambo couldn’t and collided with the Lambo.

Nicholas can be heard honking the blue vehicle while the driver refused to move, probably offended at Nicholas for ‘high-beaming’ him. Only after a minute of stopping did the blue car start to move again.

“To the poor Lamboghini driver behind me, I am so sorry,” Nicholas wrote.

“I didn’t want to get down from the car as I have my wife and kid in the car. So, can anyone help me find out what I can do with this footage?”

“The driver behind the Lambo got in contact with me and provided additional info of the collision. With his consent, I have updated this post with the aftermath crash pictures.” 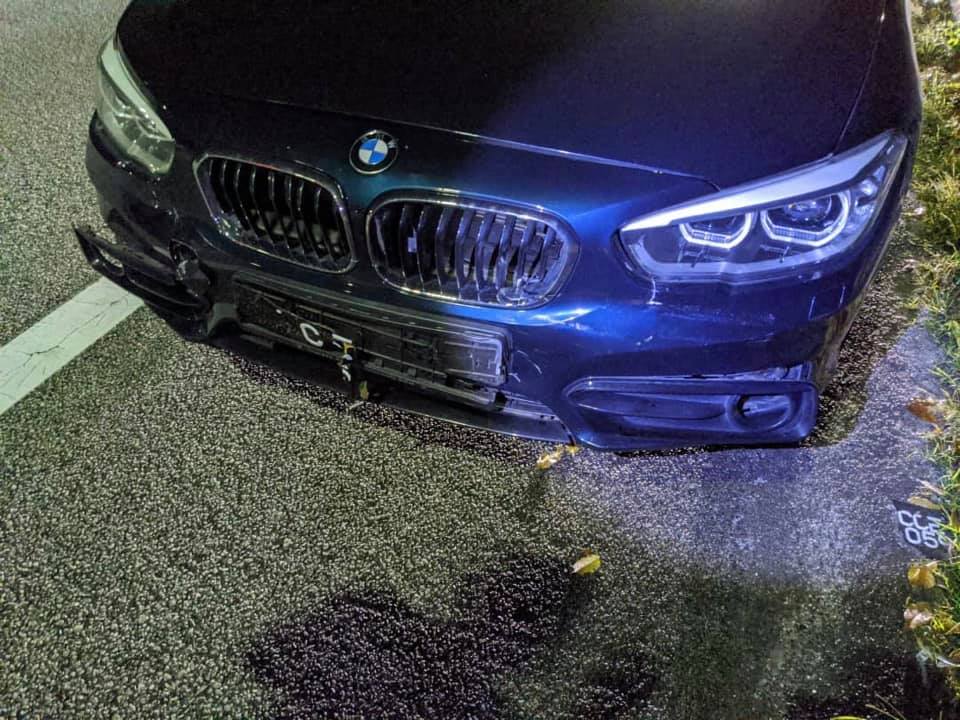 Here’s footage of the Lamborghini getting knocked by the car behind it:

Who did the blue car driver think he is for stopping in the middle of the highway just like that?

Also read: Watch: Steady Myvi Casually Drives Away After Getting Hit By Overtaking Wira That Overturned Instead 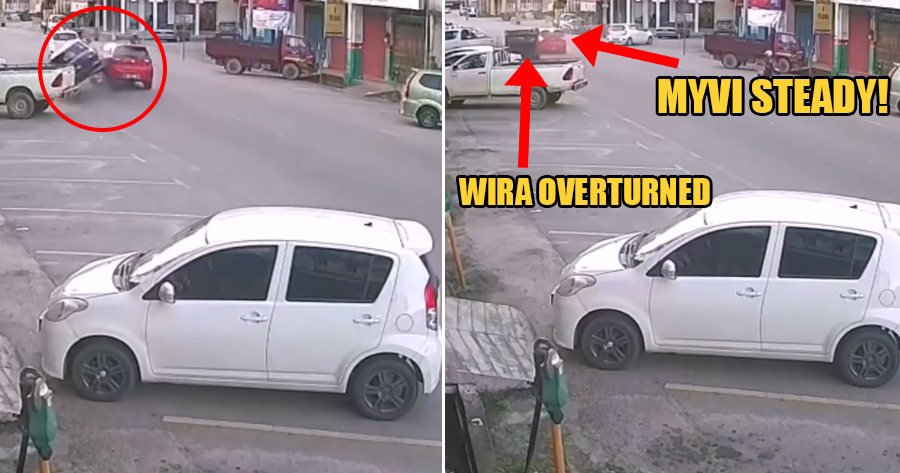