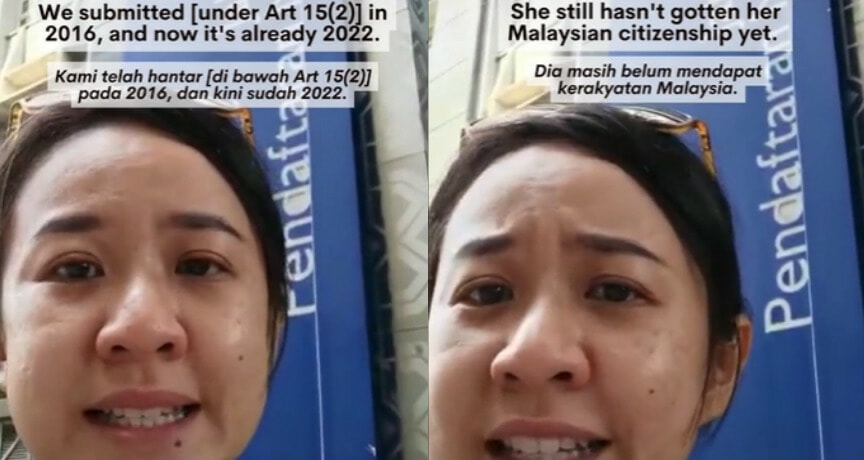 In a TikTok video uploaded by Family Frontiers Malaysia, a Malaysian mother named Alison is sharing her story of how she is struggling to get her daughter’s Malaysian citizenship from the year 2016 until this day.

In the video, Alison shared that she was at the National Registration Department (JPN), and the citizenship application of her daughter which was submitted at the end of March is still currently under process. “If I’m a father, my daughter would have been given Malaysia citizenship already,” she said.

According to Alison, her daughter was born in China in 2016 prematurely because she couldn’t travel back to Malaysia to give birth in time. “I had an emergency Caesarean (C-section birth delivery) in China, and right after her birth, we submitted the Art 15(2) application in the Malaysian High Consulate in Nanning, China,” she said.

Just like Alison, many Malaysian mothers overseas contribute to society thinking they’re making Malaysia proud, however, what they get in return is unequal citizenship rights. #sayaJUGAanakMalaysia #keluargamalaysia #ManaDokumenKami

“We submitted the Art 15(2) application in 2016, and now it’s 2022, she still hasn’t gotten her citizenship yet,” she stated, adding that the process is still taking very long even if there is a court order to fasten the citizenship application process for the overseas-born children to Malaysian mother.

She appealed to the government saying, “Please, Mana Dokumen Kami? Saya Juga Anak Malaysia. My daughter is also a Malaysian citizen and a child of Malaysia.”

Responding to the video, many netizens have expressed their empathy. Some also said that they are experiencing the same issue. However, there are also comments saying that providing citizenship is a strict process in any country.

“Why are there still many who are unclear about citizenship matter”

“All over the countries citizenship is not easy, not only in Malaysia”

“Is the father Malaysian? There must be a reason why the government didn’t give the document. Citizenship is a very strict process for every country”

To support mothers like Alison who are under unequal citizenship rights, the video uploader Family Frontiers Malaysia urges those who would like to further support to sign their petition, join the Twitter hashtag #ManaDokumenKami or donate to their fund. You can take action here. 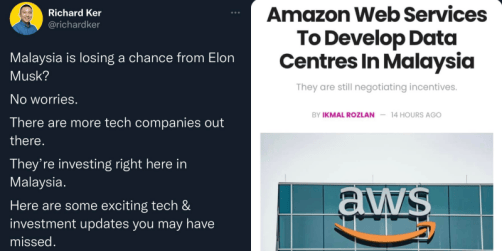