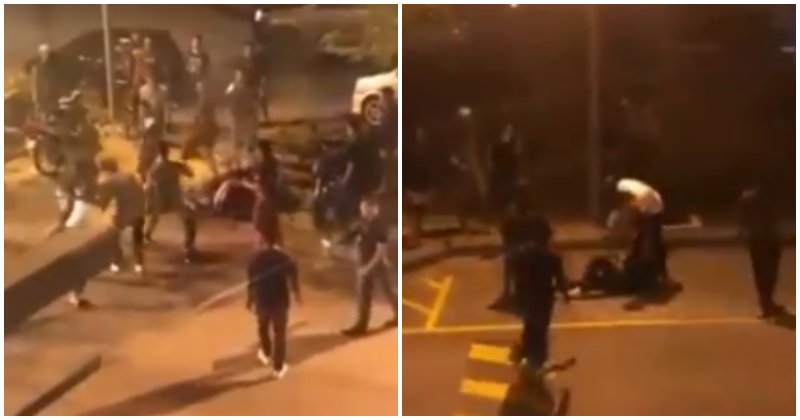 A big brawl at a Mcdonalds outlet in Sungai Isap, Kuantan has caught the attention of netizens everywhere.

In a now viral Twitter video by 999 Malaysia (@999Malaysia), a huge group of people can be seen kicking and punching at each other. The incident, which happened around midnight on 19th June 2019, was apparently between students from a nearby college and a random group of guys.

As reported by Harian Metro, one of the students had allegedly called the uncle of his ex-fiance to meet up at the fast food joint. He also told the uncle to bring his ex-fiance along. Soon after, the opposing group arrived in a car and proceeded to punch the student in the face and kick him.

The student’s friends who were with him at the time were also dragged into the fight.

The cause of the fight has since been identified as a misunderstanding over the ex-fiance.

The Kuantan district chief of police, assistant commissioner Mohamad Noor Yusof Ali, confirmed the arrests of a few suspects in relation to the fight, while netizens who had yet to find out the cause of the fight took to 999 Malaysia’s post to share their guesses in the comments.

This comment goes, “They didn’t get enough chilli sauce. One of them asked to share their chilli sauce but someone probably didn’t want to share because it’s so little. What’s more to fight for.”

This one goes, “Scrambling over the Barbie happy meal. Out of stock already.”

This one on the other hand goes, “This is hipsters vs ravers.”

A commentor even referred to McDonald’s ongoing McD Elections 2019 campaign saying, “It’s normal for election seasons to have gang fights like this. It has to be the McChicken gang that’s fighting with the BigMac gang.”

Others, however, remarked how much the scene resembled hardcore kids dancing to metal music, asking “Is this a fight or a mosh.”

999 Malaysia’s posting has since garnered over 615 retweets.

The love of a girl and food should bring us together, guys.

Also read: Man Tries to Complain about McD but His Broken English Confuses Netizens Instead 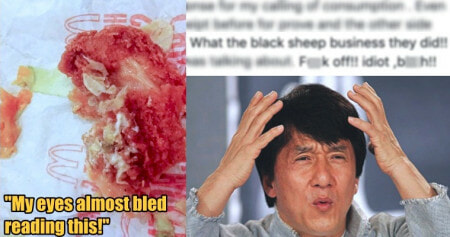