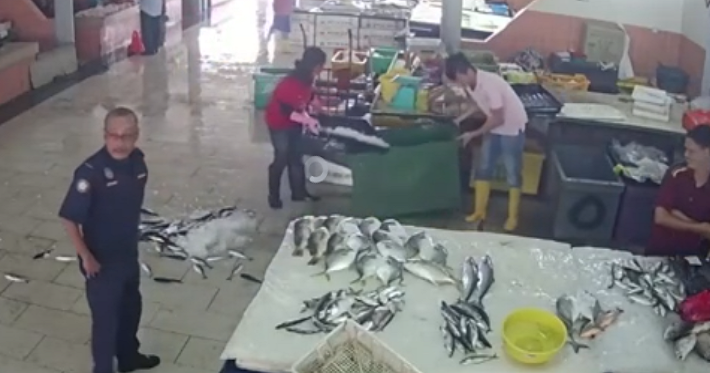 This is certainly no way for council officers to behave!

The footage in question showed three officers in uniform arriving at a fish stall at the market at around 10.56am on 13th January, where they were meant to conduct an inspection.

However, two of the officers then overturned two trays, causing the clean fish to go all over the floor!

One of the officers can then be seen talking to a fishmonger who presumably owned the stall while his colleague took photos of another fishmonger cleaning up the fish thrown on the floor.

After the incident, the three police officers left the area.

The footage received a lot of outraged responses from Malaysian netizens, who were appalled at the officers’ behaviour and demanded an explanation.

Now, according to the New Straits Times, MDKS has issued a statement and assured that an internal investigation is currently ongoing. They also stated that the three officers will be barred from serving in the field.

The officers in question were reportedly scheduled to patrol the market on that day and found that some of the fishmonger’s trays were blocking a public walkway.

“Checks revealed that the fishmonger has received two warning letters (from MDKS) previously and that the enforcement officers who were on duty have already ordered them to immediately remove the obstacle,” said MDKS Development Planning Department director Mohamad Yusli bin Askandar.

“There was a little misunderstanding when the enforcement officers tried to help the fishmonger to remove the obstacle, which was the fish tray, causing it to fall onto the floor.” 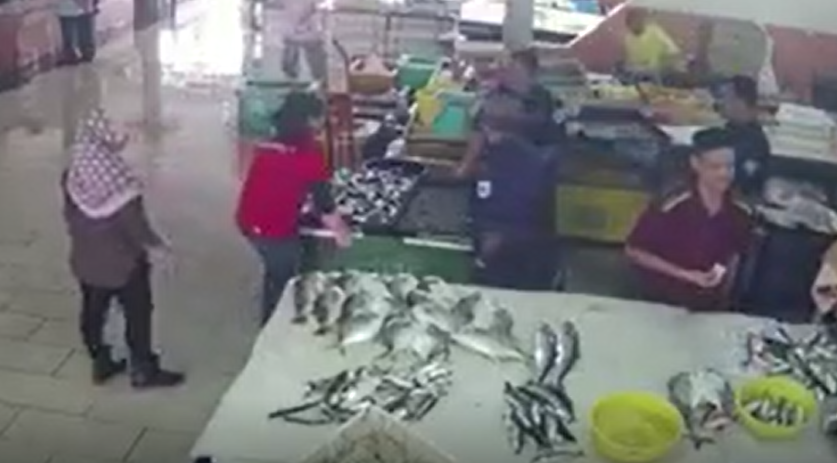 “MDKS regrets the action by the irresponsible parties who have caused the incident to go viral.”

The director went on to say that the council has since met with the fishmongers, who admitted their mistake. The fishmongers have also promised to cooperate with the letters issued to them by MDKS.

Well, we’re glad this issue is being resolved properly, at least! 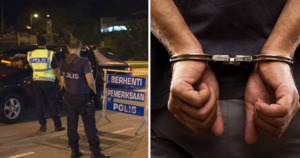