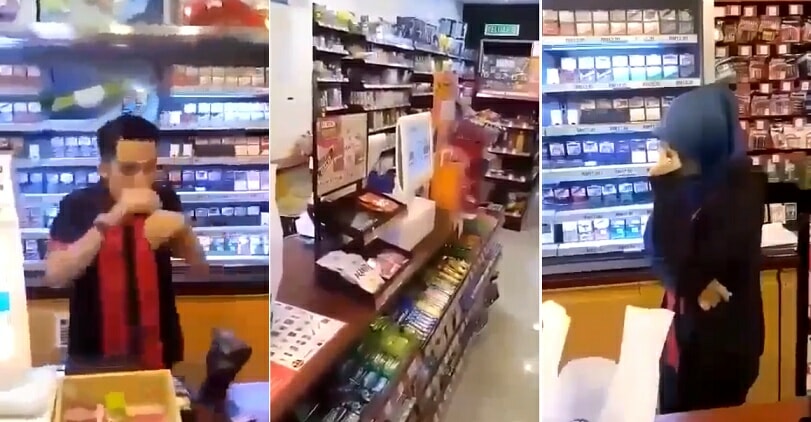 Calm down guys! Do not get too triggered.

In the latest viral video that’s circulating on social media, a customer can be seen very upset at a convenience store’s staff as she refused to scan his alcoholic drink – hence, him not being able to buy it.

“Mana boleh buat macam ini bang?” the guy in the video exclaimed to her colleague.

Keeping his cool, the male colleague tried to provide an explanation to the furious customer.

“We (customers) want to buy our goods, can you (as a staff) do this (to your customers)?” the customer argued back.

He even said how he’s never been in such a situation in Malaysia before although he had been to plenty of convenience stores before. He goes on and rants how unprofessional the staff is towards the customer and if he or she won’t even touch the alcohol bottle, then the said person shouldn’t even work at a convenience store.

It was uncertain how the female staff spoke to the customer as he accused her of being rude when he wanted to buy his beers. She allegedly said that beer is haram so she can’t scan it to sell to the customer.

The video that garnered over 630k views received a lot of mixed reactions from netizens. Some agreeing that as a staff, she could at least scan the beer bottles, while others mentioned that the customer should be more understanding towards her and her religion.

As for us, we think that both ends didn’t have to overreact and meet each other halfway. One thing is for sure, don’t get in the way of a thirsty man’s beer!

What are your thoughts on this issue? 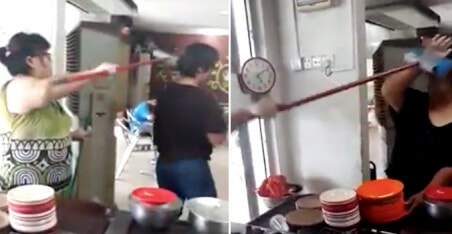