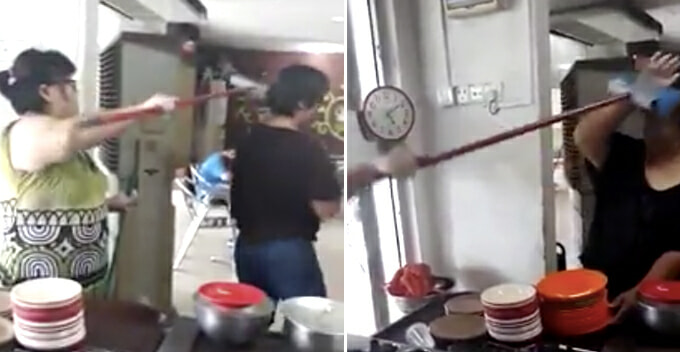 A young chubby girl recently incurred the wrath of netizens after videos of her bullying an elderly aunty started circulating on social media. It was reported that both the bully and the victim are working at a clay pot rice restaurant in Muar, Johor.

According to China Press, four videos were uploaded by a netizen named Wiwi Ho showing how the chubby girl hit the aunty’s head and face with a broom and stainless steel mug. She even verbally abused the defenceless elderly woman with vulgar words. 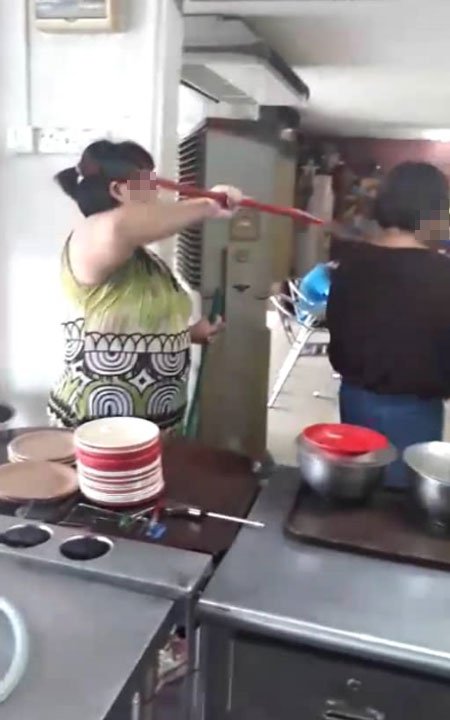 Since the bully was wearing different outfits in each video, netizens were speculating that this atrocious behaviour has probably been going on for some time and they said that the disrespectful girl should be taught a lesson. Some even vowed to visit the restaurant just to confront the bully!

Meanwhile, a few enraged netizens brought this issue to the attention of major news portals, which resulted in the Facebook post being blown up with over 7,000 shares in just one hour. On the same night, the original poster, Wiwi Ho received a private message saying that the bully has been reprimanded many times before and would be fired soon.

Here are the videos.

Needless to say, the bully was roasted kaw kaw by netizens and so she decided to apologise to the victim. In another video, she was seen serving a cup of tea to the elderly woman and both were seen giving each other a friendly hug.

The earlier videos have since been removed but many netizens were still fuming as some said that the apology wasn’t sincere while others thought she didn’t look remorseful at all.

Whether she’s sincere or not, we’ll let you be the judge. Hopefully, the bully would repent after this and start showing some respect for the elders! 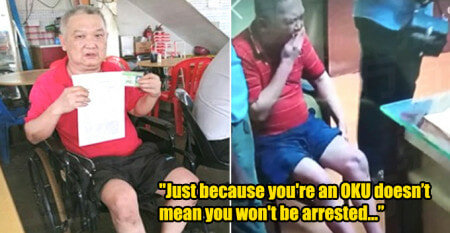