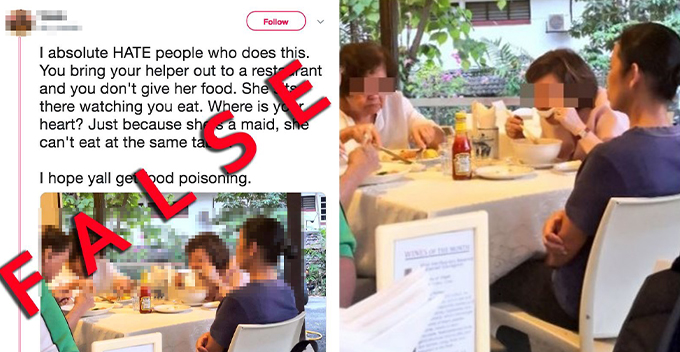 Recently, a Twitter user shared a picture of a family of three enjoying their meal while their domestic worker just sat there and watched them.

“I absolutely HATE people who do this. You bring your helper out to a restaurant and you don’t give her food.” 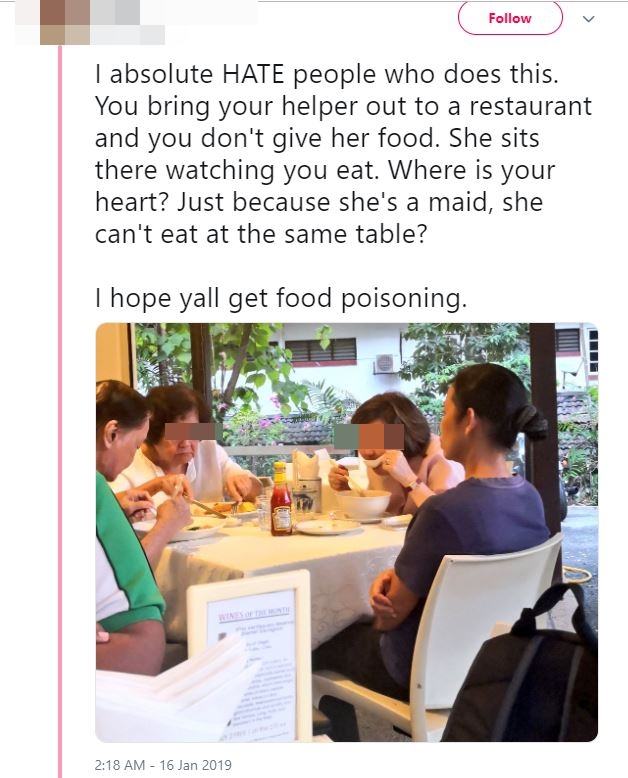 “Just because she’s a maid, she can’t eat at the same table?” 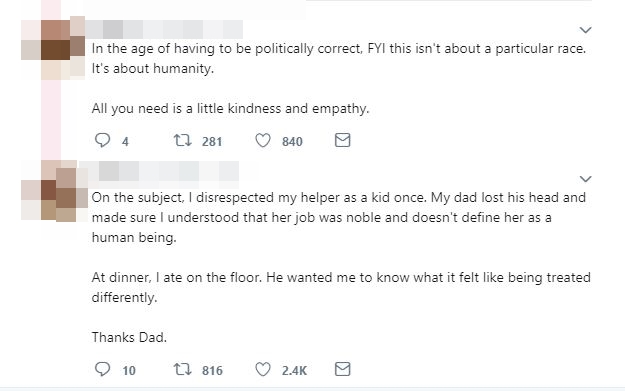 He added how he was a taught as a child to respect others no matter their race or occupation.

After this whole ruckus, Lin, the daughter of the family in the picture told her side of the story through a friend, Meera Samanther.

According to her tweet, Lin contacted her after she saw the tweet accusing her family of refusing to let their domestic worker join them for a meal. The domestic worker, named Melissa (not her real name) has been working with the family for over 10 years.

The real story was, Lin and Melissa were out running errands for the day before meeting up with the parents. They then decided to head over to a restaurant since her parents hadn’t eaten.

“Both Lin and Melissa had already eaten. Melissa did not want to eat again (yes, she was asked), while Lin ate some of the food her parents had ordered.” 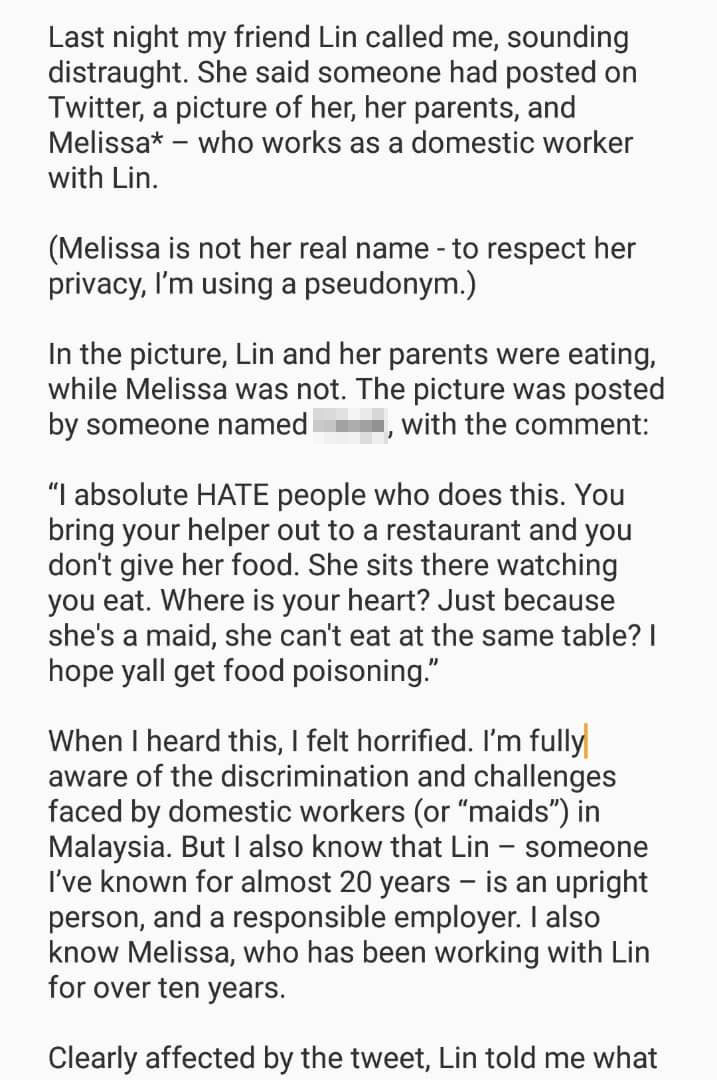 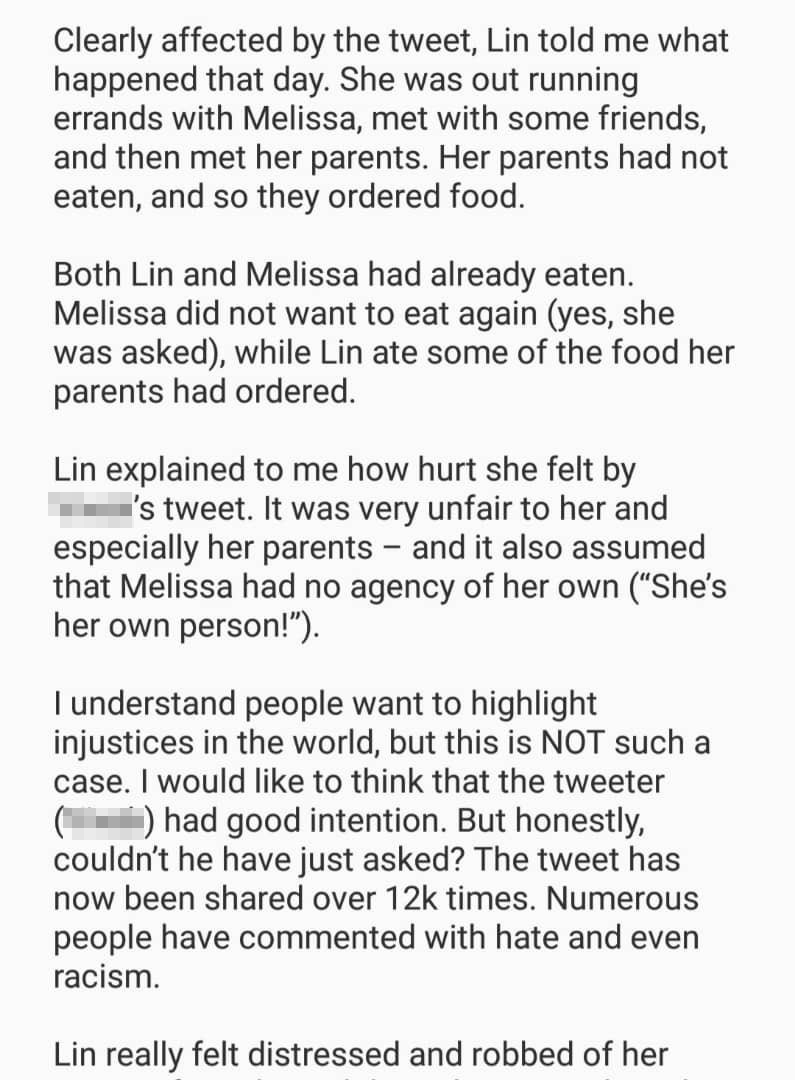 The initial tweet, that was shared over 12k times, surely took a toll on Melissa as it was unfair to her, especially her parents. Other users commented on the tweet with hate and even racism, without knowing the truth.

The family truly didn’t deserve this! 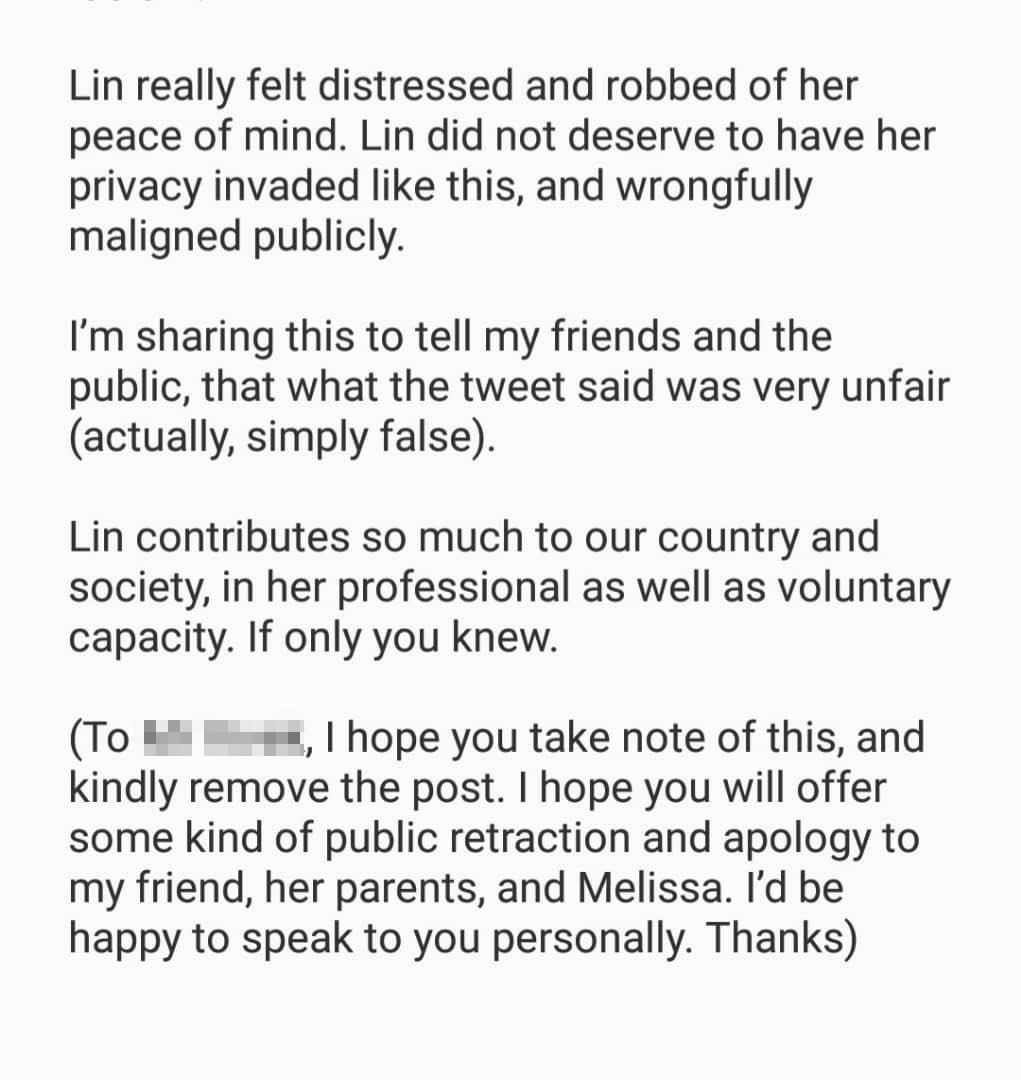 Meera ended her post by kindly asking the user to remove his post and possibly offer an apology to Lin, her parents and Melissa.

He actually responded a few hours later, apologising and owning up to his mistake, saying,

“I had no ulterior motive, personal agenda nor benefit to gain from posting this. It was solely to call out these types of actions and raise awareness that domestic helpers continue to be ill-treated.” 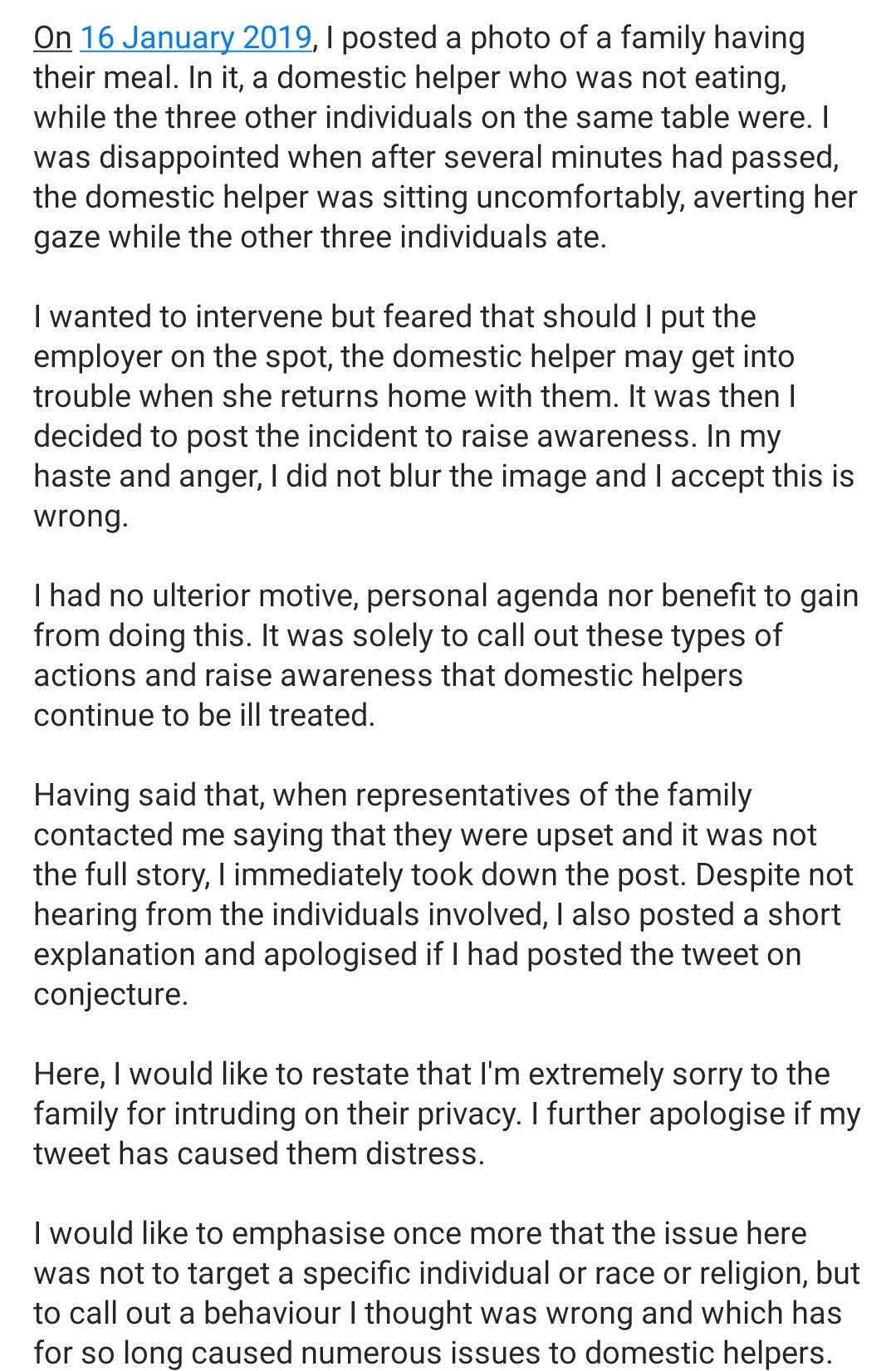 “Here, I would like to restate that I’m extremely sorry to the family for intruding their privacy. I further apologise if my tweet has caused them distress.”

Let’s all take this as a lesson to simply avoid uploading pictures of random people we see in public without permission and making our own assumptions of a situation! 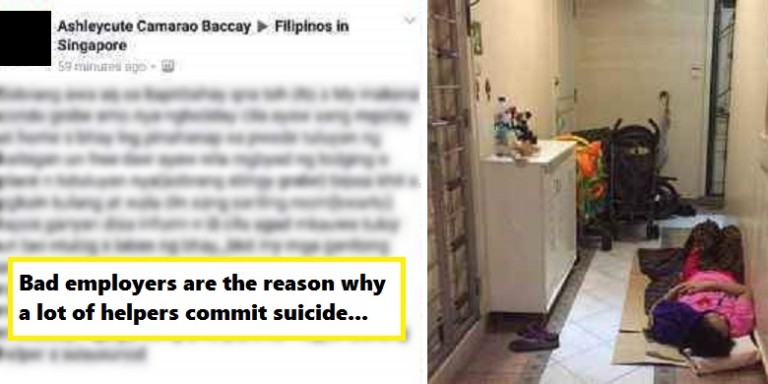