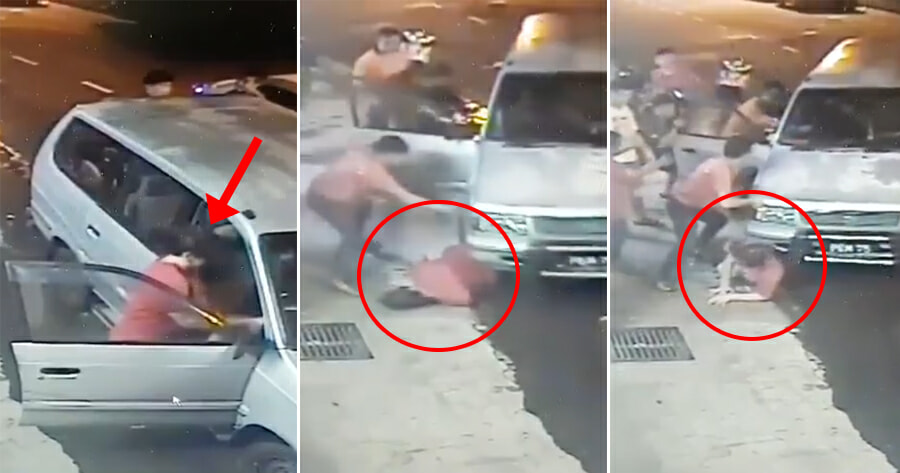 If you’ve taken driving lessons before, you would know that you should always put your manual car in free gear or neutral whenever you want to start it. Starting the car with the gear engaged will only thrust your car forward, especially if the handbrakes are released.

People who forget about this often give themselves a scare when their car jerks forward upon turning the ignition key, and they’d be lucky if they manage to avoid hitting anything in front of them. 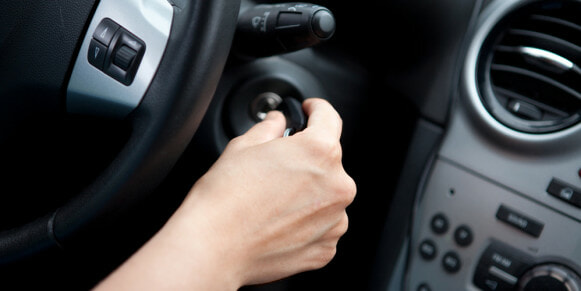 However, a tragic accident happened when a woman in Malaysia started her manual car before she could even get in and ended up getting rolled over by her own car.

A video on Facebook shows how a middle-aged woman approaches her Toyota Unser, gets in halfway and turns the ignition key. She seems to be distracted by something and isn’t looking at what she was doing.

Suddenly, the car starts reversing and knocks the woman to the ground. And since no one is in the car to stop it, it continues moving and literally runs over the woman who lies helpless on the ground.

The lower half of her body can be seen getting dragged under the car until someone gets into the car to stop it from moving. However, her legs still seem stuck under one of the tyres. People around immediately come to her aid and lift up the car enough for them to pull her out.

It’s not known if she suffered any serious injuries or what happened after, but the woman was lucky that there were people around her to help her out. God knows what would’ve happened if she had been alone.

It seems to be that the gear was engaged in reverse when she started the car, causing it to move backwards when she turned the ignition key. And because she only had one foot in the car, there was no way she could’ve gone back in to stop it.

I guess this serves as a good reminder for all manual car drivers to ensure that your gear is in neutral before starting the car. Just a simple step could save you so much trouble.

Also read: Video: This Sabah Motorcyclist is So Lucky, He Survived a Horrific Car Crash That Could’ve Killed Him 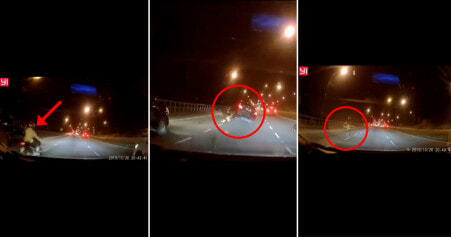