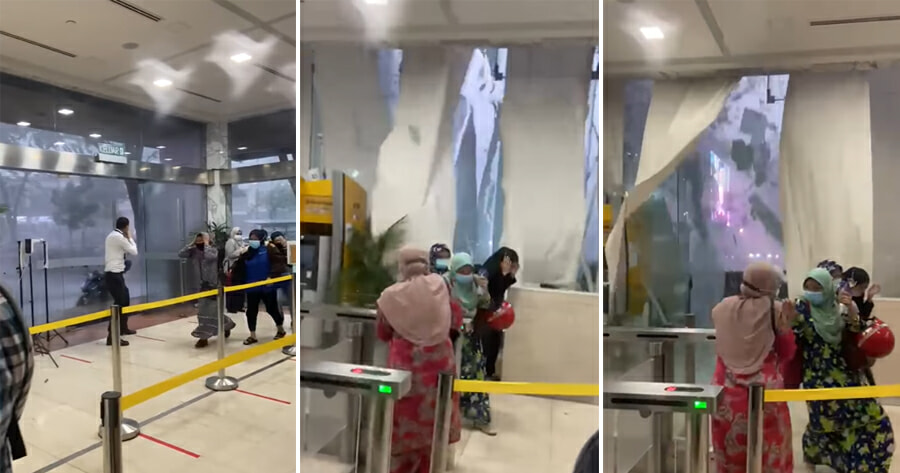 Residents in the Klang Valley have been experiencing a spell of bad weather in the past few days, with the strong wind and heavy rain causing flash floods and damage to property.

Trees and lamp posts have been knocked down and food vendors at bazaars are having trouble setting up their stalls for buka puasa.

Even those who are indoors are not truly safe after a glass window shattered due to the extremely strong wind yesterday (13 April).

In a video posted by @jayyidkhairir that has been heavily circulating, several people can be seen entering the Etiqa Academy Building near Masjid Jamek LRT.

It was raining heavily at that time and the wind was so strong that those in the building had to rush for cover.

The most horrifying moment happened next when a floor-to-ceiling glass window gave way and shattered to pieces after being hit by a strong gush of wind.

A few people can be seen running away, but thankfully, no one was directly around the window’s vicinity when it happened. 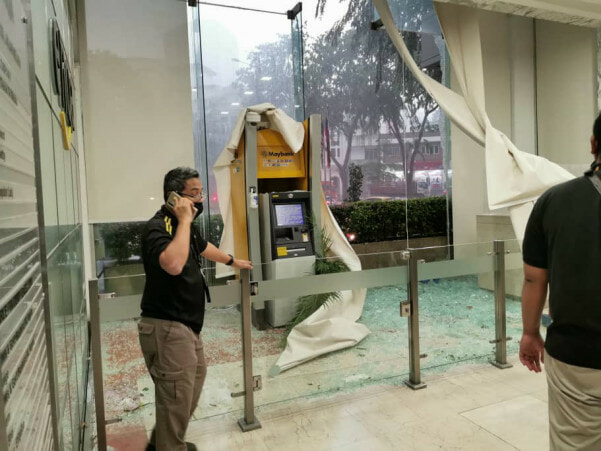 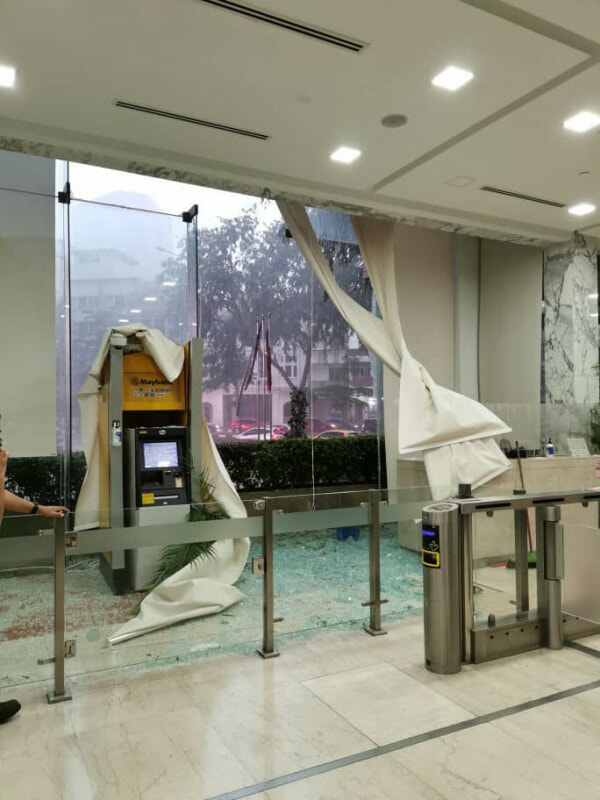 It is uncertain if anyone was injured during the incident as further information has not been made available at the time of writing.

Heavy rain is still expected in the next few days, so do try to avoid going out in the evening or avoid commonly congested roads.

Also read: Don’t Know How To Use Your Signal? This Course Might Just Be For You 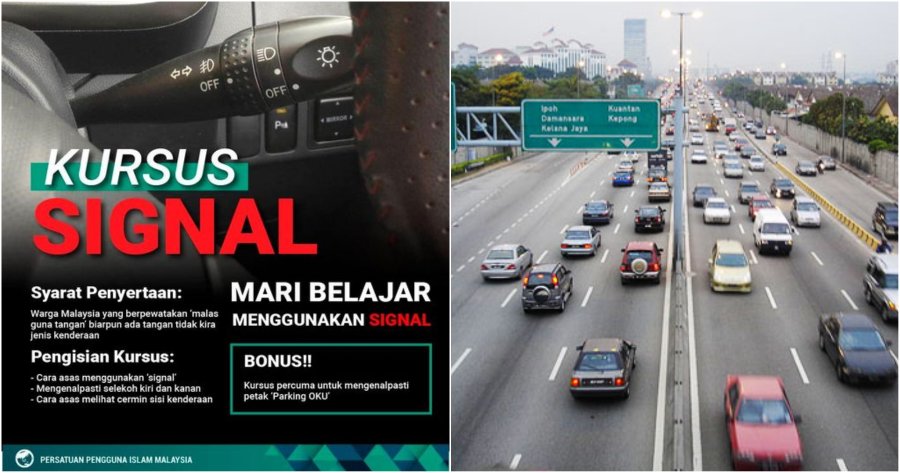