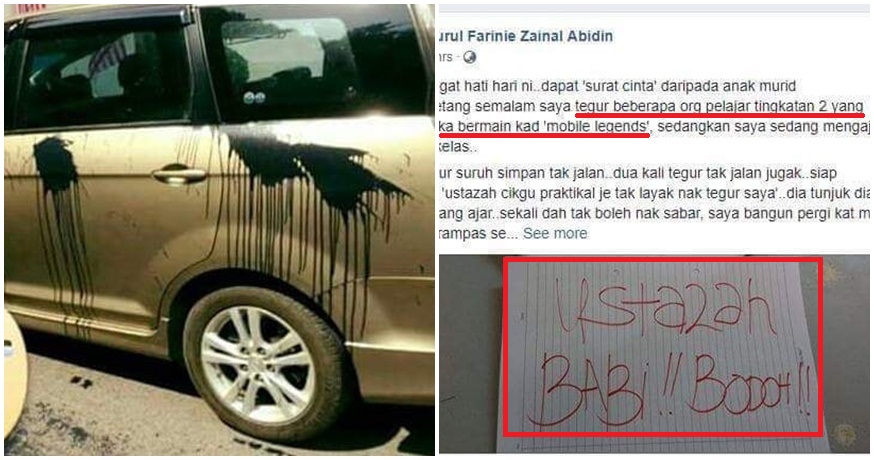 Teachers are responsible for nurturing and teaching the next generation. After all, that’s literally the job description, right? But in reality, they do a lot more than that. As the people who supervise a majority of children’s days, they make it their life’s work to teach them the values of being a good child, and often cherish every student as if he or she were their own.

For most kids though, teachers are often looked upon as the very bane of their young lives. Ask any student if there’s a teacher they don’t like and guarantee they can name more than just one.

In fact, some of these students might even take it a step too far with how they express their dislike towards their teachers, with many instances bordering on committing legitimate crimes just to get back on their very own teachers. 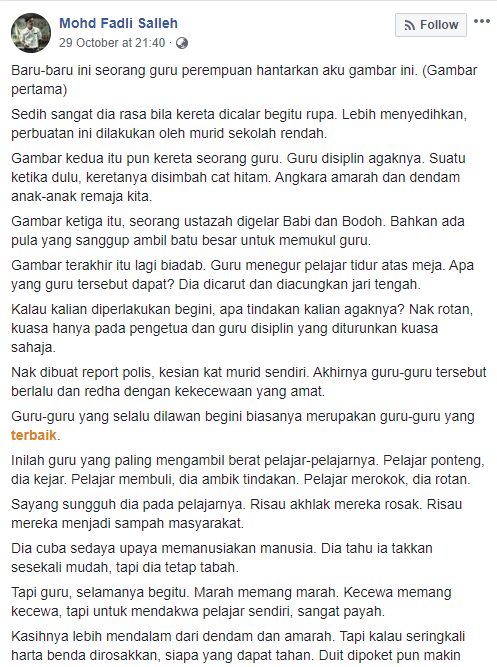 Through a Facebook post uploaded by netizen Mohd Fadli Salleh, he compiles a series of photos that were submitted to him from various teachers in Malaysia, detailing their experiences with students who have tried to exact petty revenge from them. He begins the post by explaining what happened to the pictures submitted by each teacher. 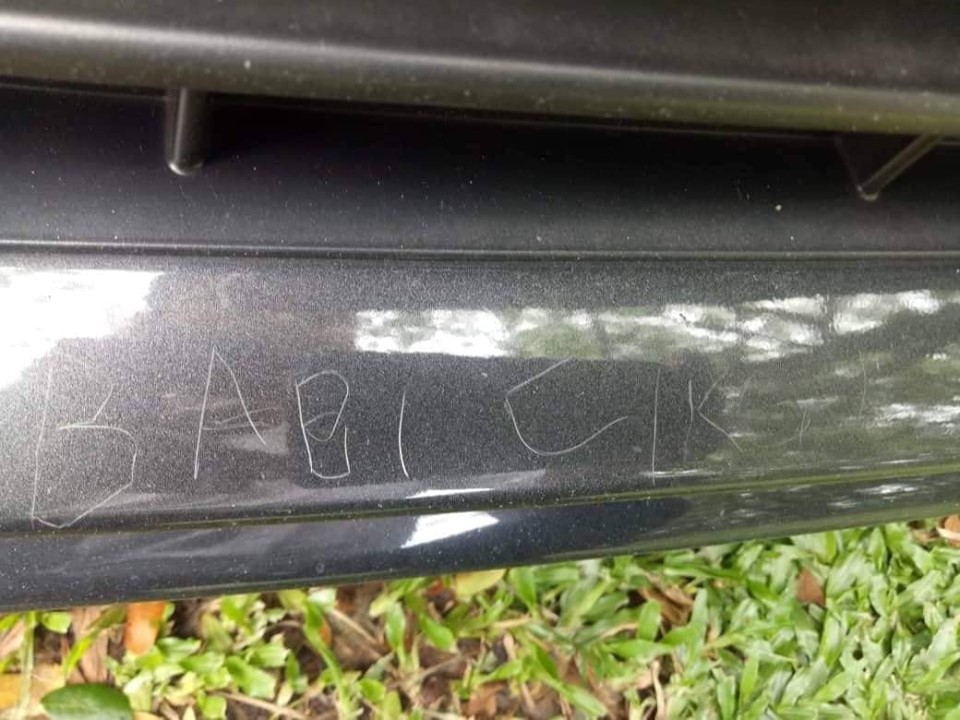 The first picture shows what appears to be the bumper of a car belonging to a teacher. In it, the words ‘Babi Cikgu’ are scratched into the paint in clear lettering. According to Mohd Fadli, the act was committed by primary school students who were unhappy with their class teacher. 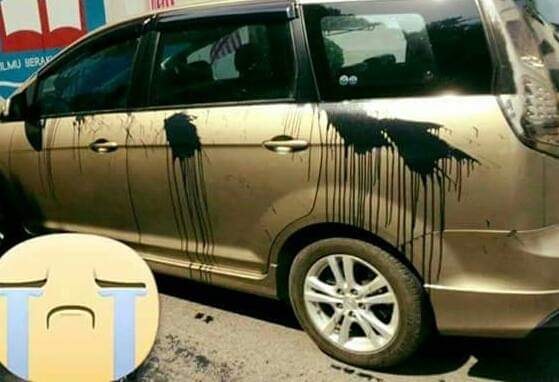 The second picture shows another teacher’s car, splashed with black paint. Again, this was an act committed by angry teenage students who were not happy with their teacher, and wanted to teach the teacher a lesson to prove a point. 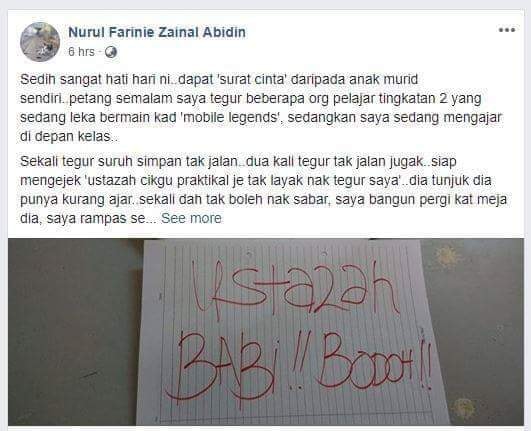 The third picture shows how a religious teacher (ustazah) received a ‘love letter’ from one of her students, which reads ‘USTAZAH IS A PIG! SHE’S STUPID!’. And all because she told them to stop playing ‘Mobile Legends’ in class. 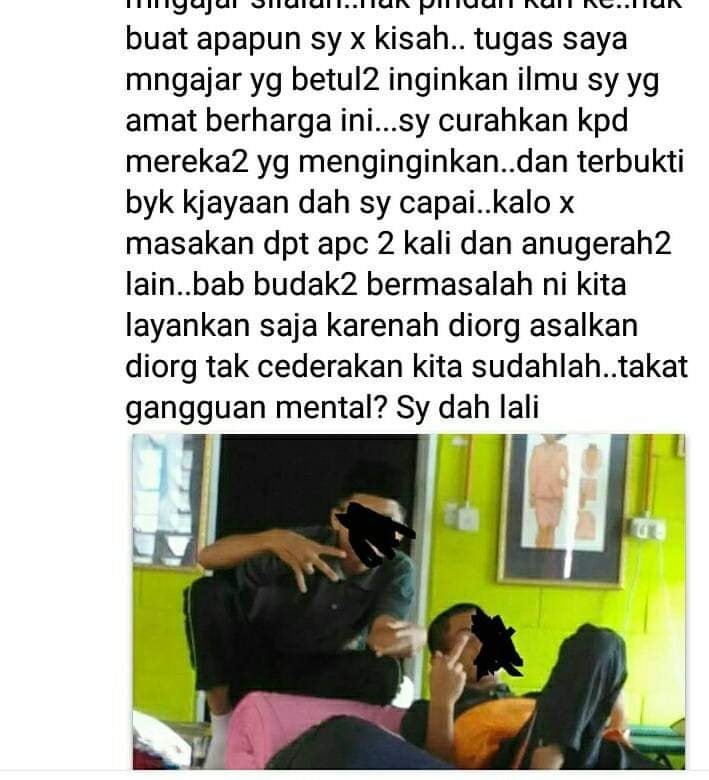 The fourth picture shows two teenage boys who raised their middle finger at their class teacher after they were told not to sleep on their desks. 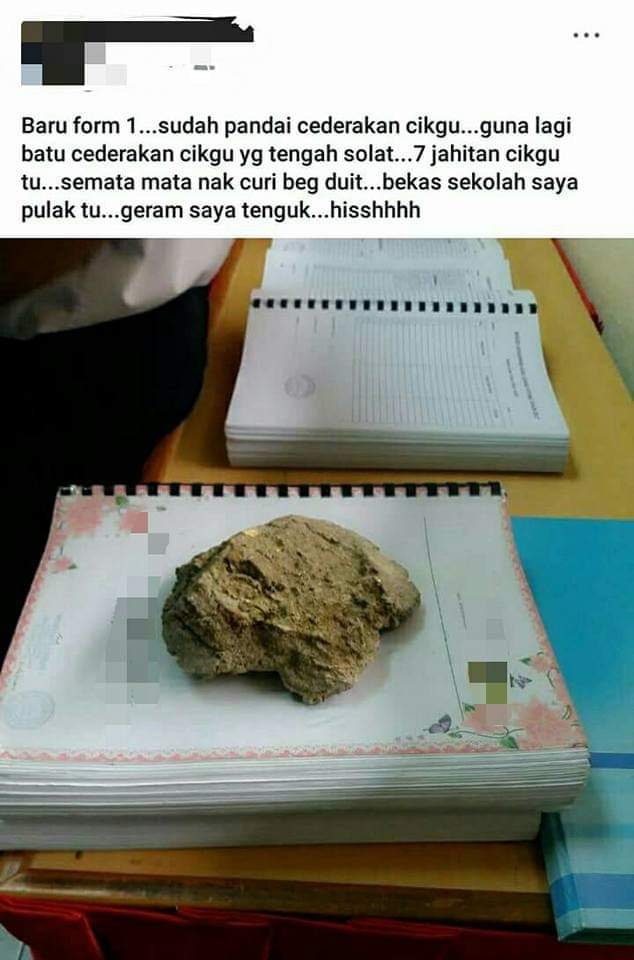 But by far the worst of all, the fifth image shows a rock. This rock was allegedly used by a student to bash their teacher in their head as the teacher was praying, just so they could steal from the teacher. The teacher needed 7 stitches as a result of the injury.

Mohd Fadli then goes on to say that most teachers are helpless when these situations happen, as only the discipline teacher or headmaster has the authority to cane misbehaving students. He adds that most teachers don’t have the heart to call the police on their own students either, despite the severity of the crimes.

He also points out that teachers who receive such treatment from their students are usually teachers who care the most, as they tend to go out of their way for the sake of their own students.

“They are the ones who worry about these students, and want to make sure that they don’t become vagrants in society.”

These teachers will then go on to deal with the consequences of their student’s vengeance without complaint, despite what happens to them or their property. They continue to uphold their duties as educators and the responsibilities that they entail, out of the passion they have for their job and their own students.

Mohd Fadli ends his post by pleading parents to teach their own children to behave, as only they have the ultimate authority as parents to ensure that these kids do not act out.

“Ultimately, they’re our kids, right? We must know about their behaviours. We must know what they get up to in school. So please, advise them and teach them to be good people.  Tell them not to ruin their teacher’s belongings, even if they are angry. Teach them other ways of self-expression.”

“Shaping society begins at home. As teachers, we only add to that effort when they’re in school.”

The Facebook post has since gone viral, with many teachers also sharing their own experiences of how their own students have tried to get revenge on them after being punished, and their concerns for what may happen to these students in the future if they do not learn in time. 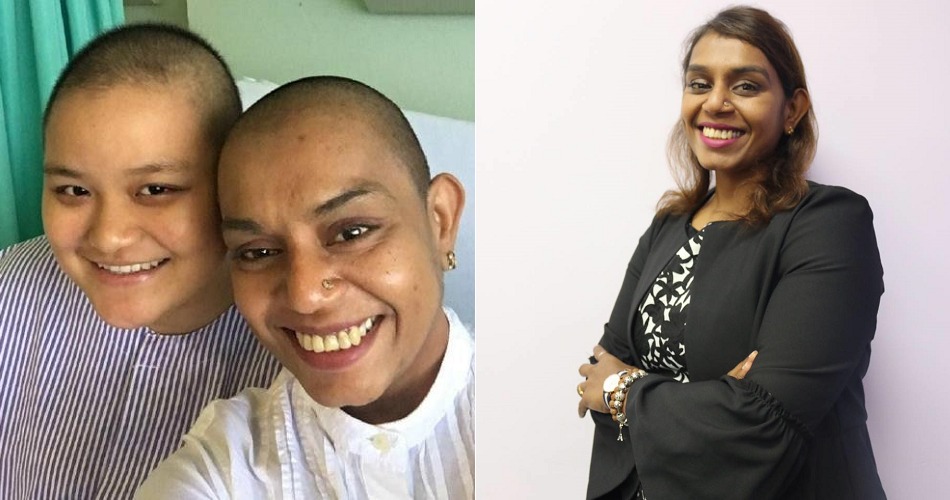