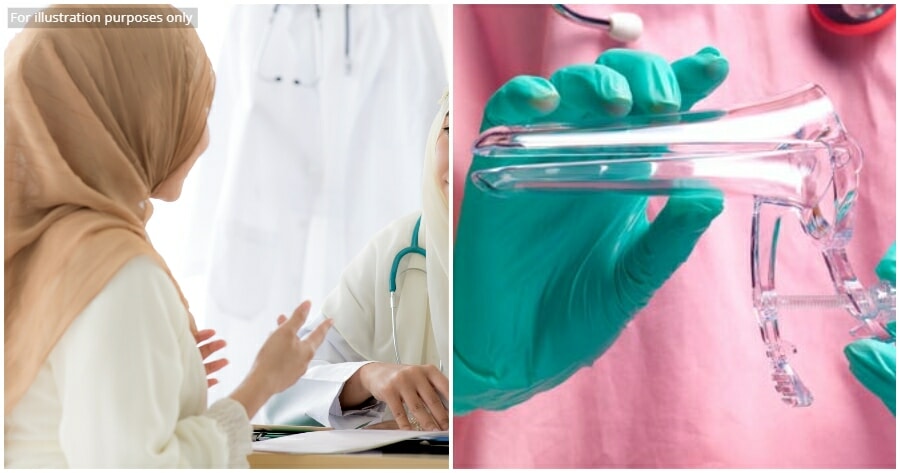 ‘Virginity’ has been a taboo and considered a sensitive topic here in our country. But many should realise that a woman’s dignity does not depend on her virginity.

AWAMMalaysia posted a tweet with the intent of spreading awareness on how unmarried women in Malaysia have been discriminated by medical practitioners.

The video shows a representative from AWAMMalaysia explaining how women were dismissed when they requested for a papsmear test just for not being married. And the reason being is that they have to “take care” of their virginity.

She mentions that women have got to also ask permission and get their husband’s signature first before requesting for permanent birth control surgery.

Other women shares similar experiences too!

The tweet by AWAMMalaysia went viral and women all over started to share their thoughts and even their own similar experiences.

“You’re not married yet, this procedure is only for people who are married.”

The replies section were filled with other women sharing their own horrible experience in which they were dismissed for the sole reason of not having a marital status and how they are “still a virgin”.

“I don’t think cervical cancer takes into account if you’re a virgin or not.” 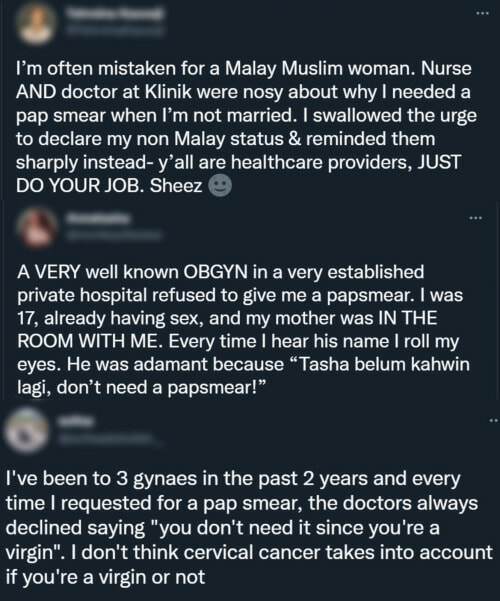 Other women also shared their experience being discriminated when they requested to check for fibroid and polycystic ovary syndrome (PCOS).

“They refused to do the transvaginal ultrasound procedure on me as I was ‘still a virgin.'” 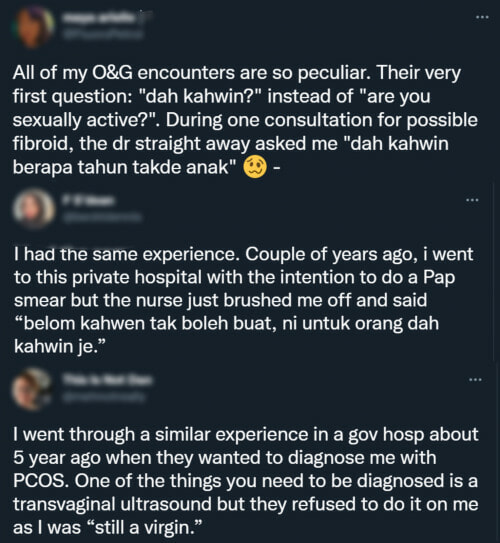 One user even shared her bad experience when she wanted to give a speech on cervical cancer and papsmear awareness.

“I included ‘losing virginity’ as one of the myths surrounding papsmear. However, I was advised to remove that section as it was deemed to be controversial in our society.”

The Ministry of Health Malaysia recommends all women between the ages of 21 and 65 get a papsmear test every 3 years especially if they are sexually active.

Everyone has their own rights to their own body and we do not support any form of human discrimination, no matter to what gender. Your body, your choice! 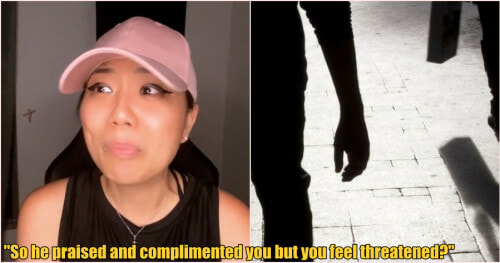